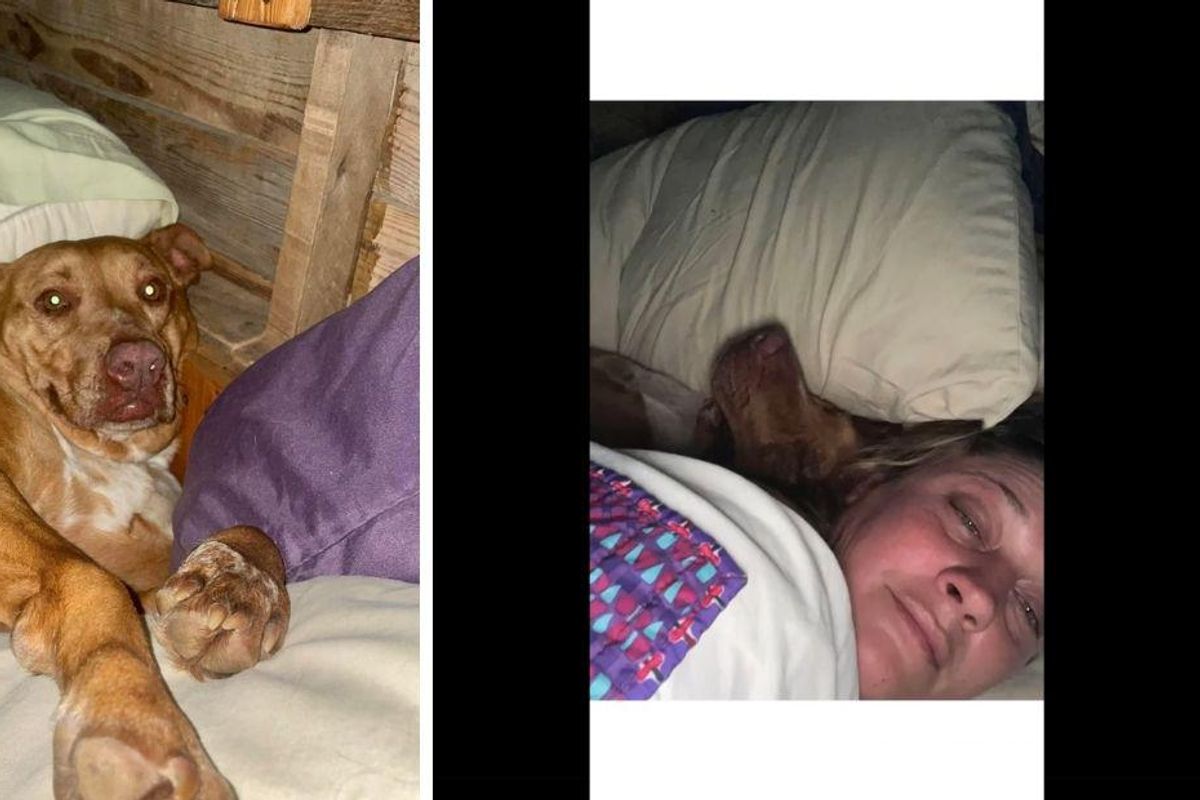 How many of us have woken up next to someone and thought, “Who is that, and how did they get here?” Recently, a woman named Julie Johnson had that “how did they get here?” moment, but it was a little different … there wasn’t a strange person in her bed, it was a strange dog. (Some might argue this is a much better option.) Johnson and her husband Jimmy woke up spooning a dog that wasn’t theirs, and they understandably had no idea where the comfy pooch had come from!

“It is absolutely normal to wake up in our house with one of OUR dogs in the bed with us,” Johnson wrote in a Facebook post. “One small problem, THIS IS NOT OUR DOG, nor do we know how she got in our house.” Again, there are worse problems to have, but waking up to a strange dog in your bed is definitely cause for concern.

Obviously the pup in her bed posed no real threat, as it was sleeping contentedly between the couple. A dog who wasn’t comfortable with people wouldn’t lay on your pillows like, “Don’t mind if I do,” that’s for sure. If a dog suddenly turned up in your bed though, you’d have to ask yourself, “Where did it come from?” Which is why Julie Johnson turned to Facebook to do some detective work. If anyone can find information quickly in a very slick way, it’s the fine people of the internet.

“This is the weirdest post I have ever had to make.

Is this your dog?

Now for the question that’s probably on everyone’s mind: How did they not notice a strange dog climbing into bed with them? Well, the Johnsons already have three dogs. When you already have a pet in the bed, feeling an animal in your bed isn’t going to feel particularly off.

“At first, we thought it was one of ours, but they rarely lay on the pillows! In pitch darkness, I just assumed it was. Wouldn’t we all? As daylight began to creep in through our curtains we realized we were snuggling with someone else’s dog.”

Johnson told multiple news outlets that her dogs usually bark at anything and everything, but they didn’t bark at the intruder pup. Clearly, they saw the interloper as a friend, not a foe.

Thankfully, Julie Johnson’s Facebook post got spread far enough, and they were able to locate the pup’s owners. “PUPDATE: Her name is Nala and her mom is on the way to get her. Good luck getting her out of my bed mam,” Johnson amended her original post.

“Our overly friendly pup, Nala, has hit an all time record for ignoring personal space and added yet another trick to her long list of houdini acts,” she wrote. She slipped her collar yesterday while being walked, ran down the street to a neighbors house, somehow managed to get IN their house, and climbed into bed with them in the middle of the night. Side note: They live quite a few houses down so I’m using the term ‘neighbor’ loosely.” 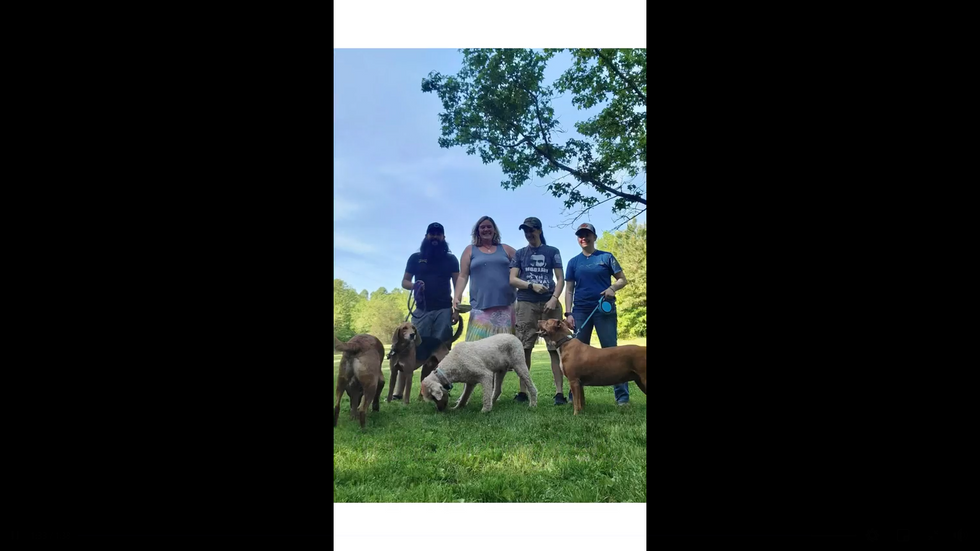 Nala is back home with her moms, and both Johnson and Hawkins have been sharing the ways her story has spread. Recently, Nala and her moms got to go back to the Johnson house, but this time they were invited for a playdate! Johnson shared the video, saying “We also had a long talk to the four of them about asking permission before spend the night parties commence!”

Here’s to a new lifelong friendship!