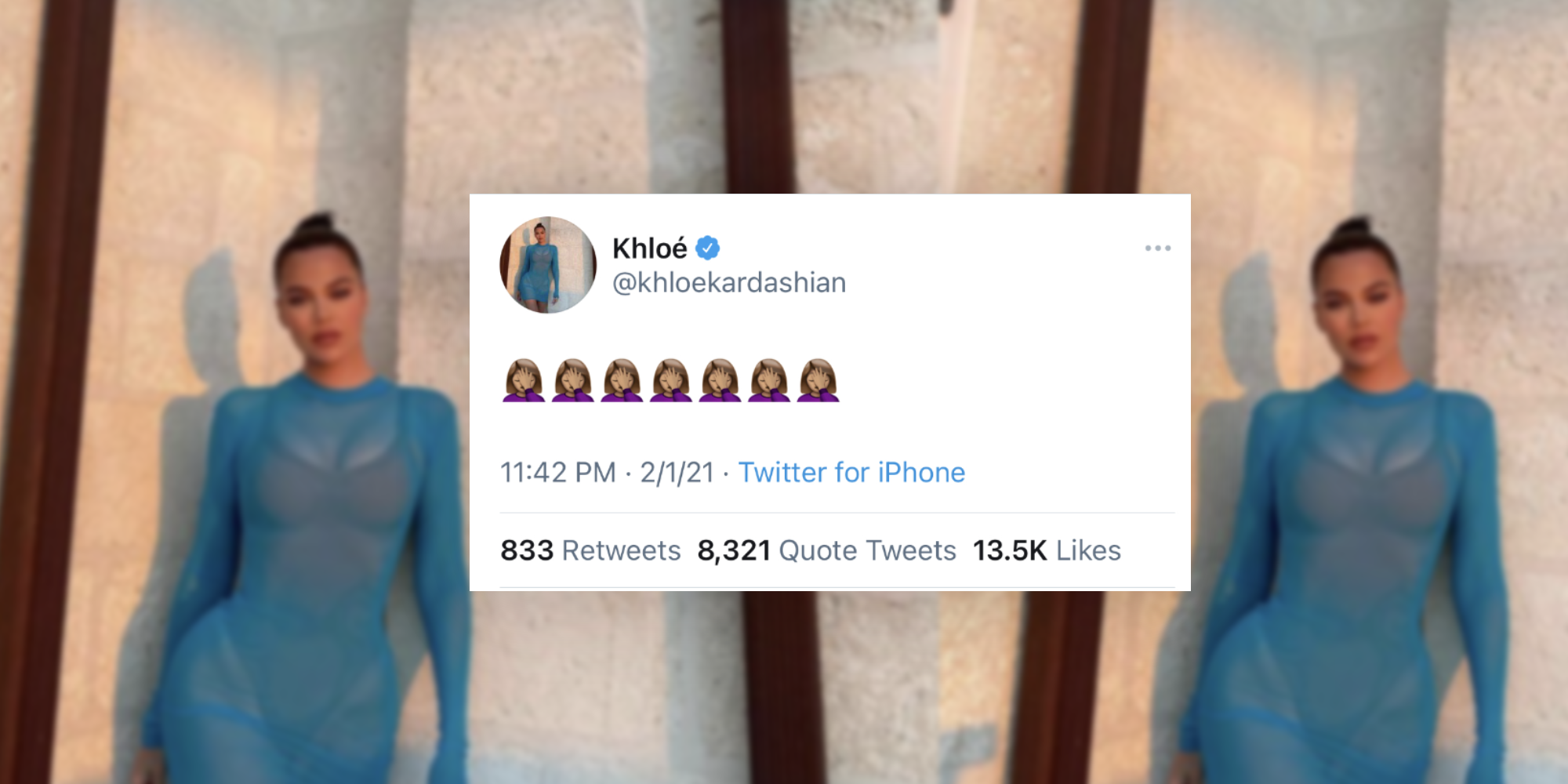 The reality star tweeted the string of emoji on Monday, the first day of Black History Month, to the dismay of many who thought her chosen emoji skin tone was much too on the dark side.

Although the replies are mostly making fun of Khloé, there were those who called the reactions “unnecessary.”

However, this isn’t Khloé or her family’s first time being accused of “blackfishing” or cultural appropriation. The Kardashian-Jenner family has years’ worth of rocky history with Black fans and appropriating from Black culture.

“Blackfishing” is when someone uses makeup or photo filters to appear Black or mixed-race on social media.

Just last May, Khloé was accused of “stealing” her Black friend Malika Haqq’s face. Not too long before then, Khloé faced backlash from Black women on Twitter for being a “hypocrite” over that Jordyn Woods drama.

One user even replied asking why she’s “using Jordyn’s emojis.”

The Kardashians are really not that new to this. Their hairstyles and skin tone evolutions IRL have caused a lot of controversy over the years.

Twitter users seemed almost prepared with replies and memes this time around to confront Khloé’s choice of skin tone.

While some think Khloé didn’t mean any harm, others believe her pattern of appropriation is purposeful and that she’s profiting off “black outrage.”

“But on a deeper note, these women thrive off of black outrage,” @_iwannaRAVE tweeted. “They know that that is the only way they will remain relevant and they do it every couple months smh.”

The post ‘This emoji a lil too dark for you sis’: Khloé Kardashian accused of blackfishing over emoji choice appeared first on The Daily Dot.