‘This has to be a joke’: TikToker shows stickers, empty dust bag, and more from $825 Chanel advent calendar, sparking outrage – Nogagames 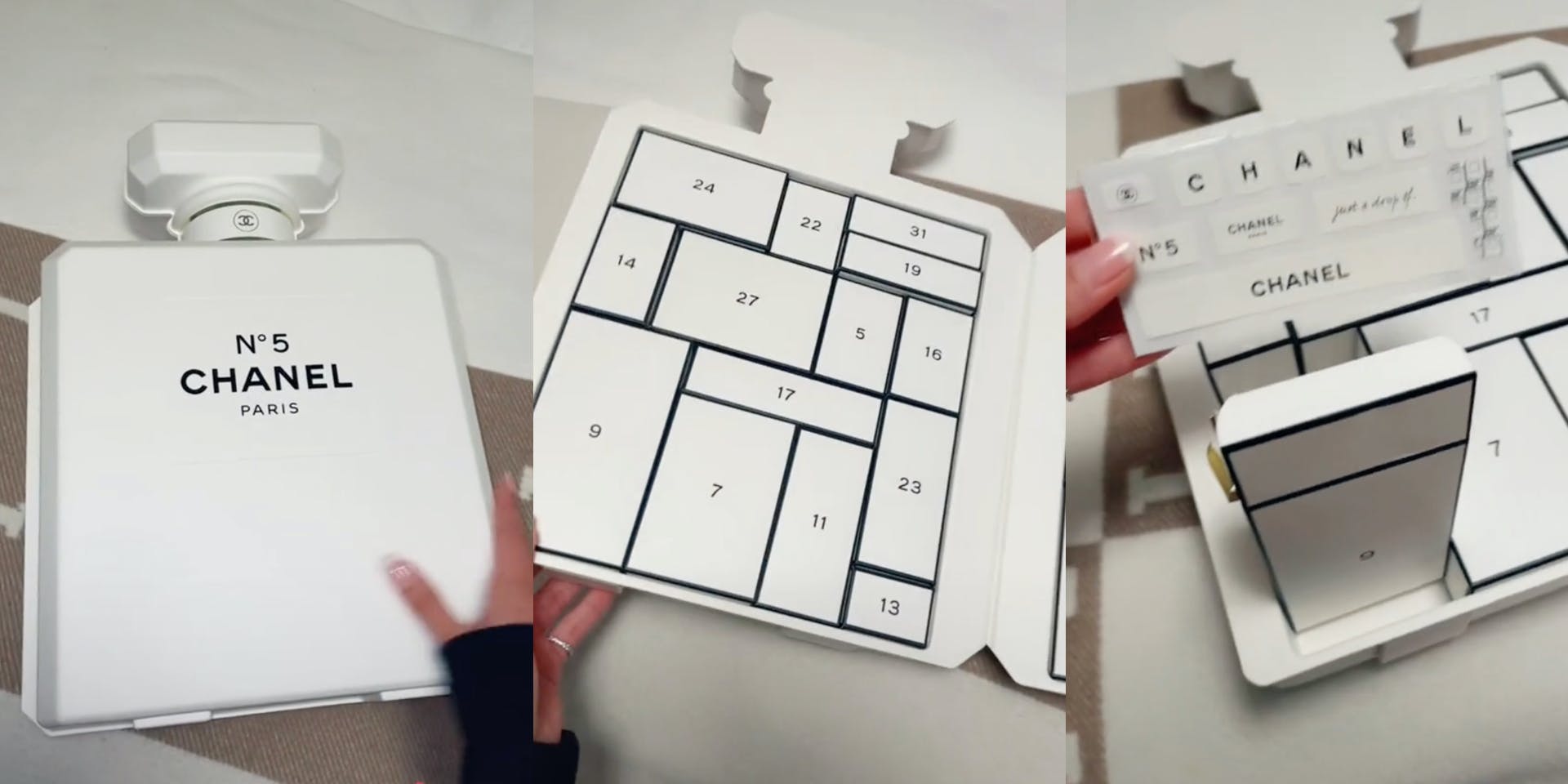 Chanel is receiving criticism after a TikTok video of a customer calling out its $825 advent calendar went viral.

At first Elise Harmon, the TikToker behind the multi-part reaction series was excited about her luxury product since she’d “never seen a Chanel advent calendar before.” This was the brand’s first foray into the holiday calendar world in commemoration of 100 years of the iconic Chanel No. 5 perfume.

“Let’s see if it’s worth the hype,” Harmon said.

Things seemed promising at first. The beauty and lifestyle influencer gave the brand a 10/10 on the packaging since the entire calendar was shaped like a white Chanel No. 5 perfume bottle. However, Harmon was quickly disappointed as she opened the black and white boxes labeled with the numbers five through 31.

“This has to be a joke, this is a joke,” she said about the very first item she opened. One of the larger boxes contained a sheet of Chanel keyboard stickers. “Stickers?! Stickers?!” Harmon repeated in surprise.

Harmon’s first video, uploaded on Thursday, received over 11 million views. She posted various short videos of her gradual unboxing. The products took her on a rollercoaster of joy and deep disappointment.

On the more expected spectrum of items was a full-sized hand cream Harmon said she’s “obsessed with,” two red lipsticks (one full-size and one mini), and a Chanel No. 5 tree ornament.

Harmon also got a “cute” mini body cream that she joked was enough to moisturize her left arm.

But viewers believed many of the other items seemed too cheap to be in alignment with the legendary French fashion house. Among them, an empty dust bag, a paper flip book with an illustration of the perfume, a magnet, and a ceramic bracelet that’s “giving plastic bottle cap” energy.

“I’m really not sure how I’m supposed to live, laugh, love under these conditions,” Harmon said.

Harmon has not finished opening the calendar yet, but it reportedly contains four full-sized products including the hand cream, nail polish, and lipstick she already opened as well as a 1.2 fluid ounce bottle of the Chanel No. 5 perfume.

Despite the mixed bag of gifts, Harmon as well as her commenters had a sense of humor about the product.

“Can someone please make this a meme so I can properly explain my current state of being,” Harmon commented under one of her videos.

“It’s a dust bag for your stickers obvi,” another wrote.

One person succinctly summed up the sentiments of the people in the comments section:

“Bestie this has to be stuff they found around the warehouse,” the person wrote.

In an Instagram post and TikTok about the situation, Harmon said the Chanel brand account blocked her (it’s unclear which of her social accounts the block extends to). She alleged that the brand later removed its TikTok account entirely, but it’s unclear if the brand ever was on the platform.

The latest video of the series shows Harmon in bed, despondently holding the advent calendar box. The text overlay reads, “When you try to get festive by buying an advent calendar but are left with shattered hopes and dreams.”

The Daily Dot reached out to Harmon via Instagram DM and to Chanel via email.

The post ‘This has to be a joke’: TikToker shows stickers, empty dust bag, and more from $825 Chanel advent calendar, sparking outrage appeared first on The Daily Dot.

‘Proof they never listen until a man tells them’: TikToker records professor going off on guys in her class who joked about sexual assault
‘Buy one drink and get 2’: TikToker maximizes Starbucks order by getting ice separately, sparking debate
Advertisement