‘This is about the most disgusting thing I’ve seen’: People are horrified by interracial couple’s slavery-inspired wedding photoshoot – Nogagames 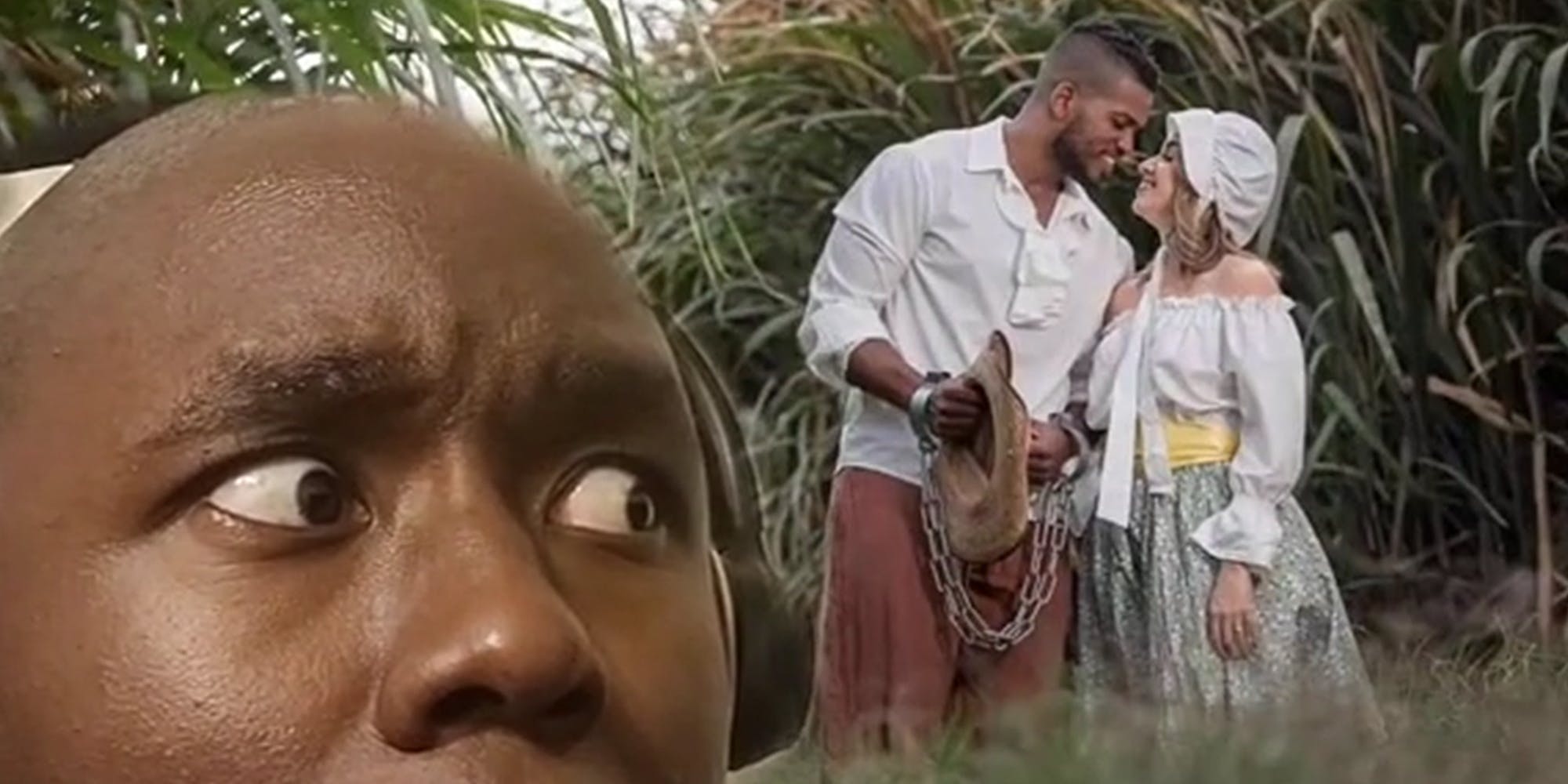 An engaged interracial couple did a pre-wedding shoot inspired by slavery. And as could be predicted, Black Twitter and TikTok had significant questions, answers, and all the memes.

The shocking photos were initially posted to Instagram, though it is unclear who they belong to as the handle and other indicators are redacted. Based on the surroundings, the photos appear to have been taken at a sugar cane plantation.

It appears the shoot was also accompanied by a slavery-inspired storyline. “1842. Days passed and everything changed, our love got stronger and stronger, he was no longer a slave, he was part of the family,” the caption reads.

The shoot features a Black man, the fiancé, in shackles and him being eventually “released” by his “slave owner,” his fiancée.

@cdntheplayers posted a now-viral video to TikTok featuring the photos. The TikToker appears dumbfounded at slavery cosplay he just witnessed.

People online were not only bewildered by the content but by the fact that everyone involved apparently thought the photoshoot was a good idea.

“There is just…so much to unpack here,” one said on Twitter, where the shoot similarly went viral.

“There were three people there, counting the photographer, and not one thought, ‘should we [not do this]’?” questioned @RandiKinman. “And over 1400 people hit the like button? And it’s part 2, like there’s more? I so want to be at the wedding when the minister asks if anybody objects.”

The Get Out memes came out in full swing as well as social media users shared their disgust, confusion, and anger over the slavery reenactment.

The post ‘This is about the most disgusting thing I’ve seen’: People are horrified by interracial couple’s slavery-inspired wedding photoshoot appeared first on The Daily Dot.