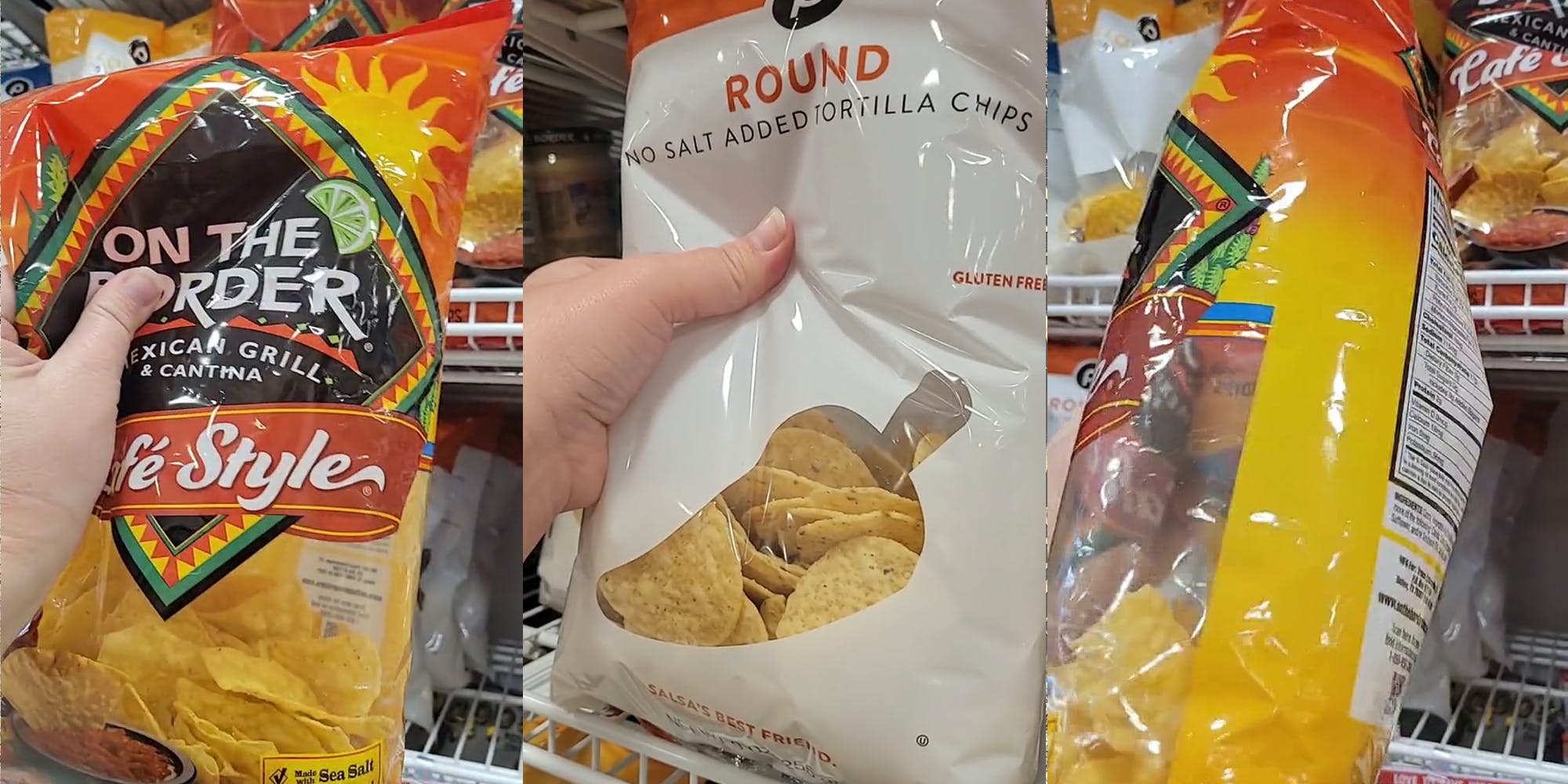 TikTok user Shawna Scarborough (@shawnamariescarbo) went viral on the platform after sharing a video of herself gripping several bags of tortilla chips, demonstrating how little product each bag contains.

“This, my friends, is how you know it’s a recession,” Shawna says. “Gets even better as you go along.”

In the clip, Shawna squeezes a bag of Publix tortilla chips to show that it is mostly full of air. She continues to grab bags until she finally picks up a bag of On The Border tortilla chips, which appears to have even less product than its Publix counterpart.

In the comments section, viewers had a variety of different responses to Shawna’s TikTok. Some users claimed that the lack of chips was a manufacturing issue rather than an economic one.

Some users pondered the legality of putting such seemingly small amounts of tortilla chips in the bags.

“Should literally be illegal to do this bc I bet it says it’s a certain weight & it’s not,” user Marlen Caroline commented.

Others thought the situation was a classic case of “shrinkflation,” a phenomenon where vendors reduce the amount of product in a package while keeping the price the same.

While multiple outlets reported that pandemic supply chain issues have caused shortages of various foods, tortilla chips have not been reported to be in short supply. This may be because of how readily available flour and corn are in the United States.

Though there may not necessarily be a shortage of chips — edible ones, that is — that doesn’t mean these products won’t cost customers more at checkout. According to the USDA, groceries are costing Americans anywhere from 11%-12% more at the register.

As for bags of chips being filled with “air,” this is technically incorrect. The bags may not be filled to the brim with product, but this is because the rest of the packaging is filled with another gas: nitrogen. This helps keep chips fresher for longer and provides a physical buffer to prevent chips from breaking apart during transportation.

The Daily Dot reached out to Shawna via TikTok comment and to Publix and On The Border via email.

The post ‘This, my friends, is how you know it’s a recession’: Shopper finds On The Border tortilla chips that are mostly air appeared first on The Daily Dot.

‘The waxer tried to rip off my vagina’: Woman says she had to go to hospital after getting waxed at the European Wax Center
‘The Banshees of Inisherin’ is a great movie about ghosting friends
Advertisement