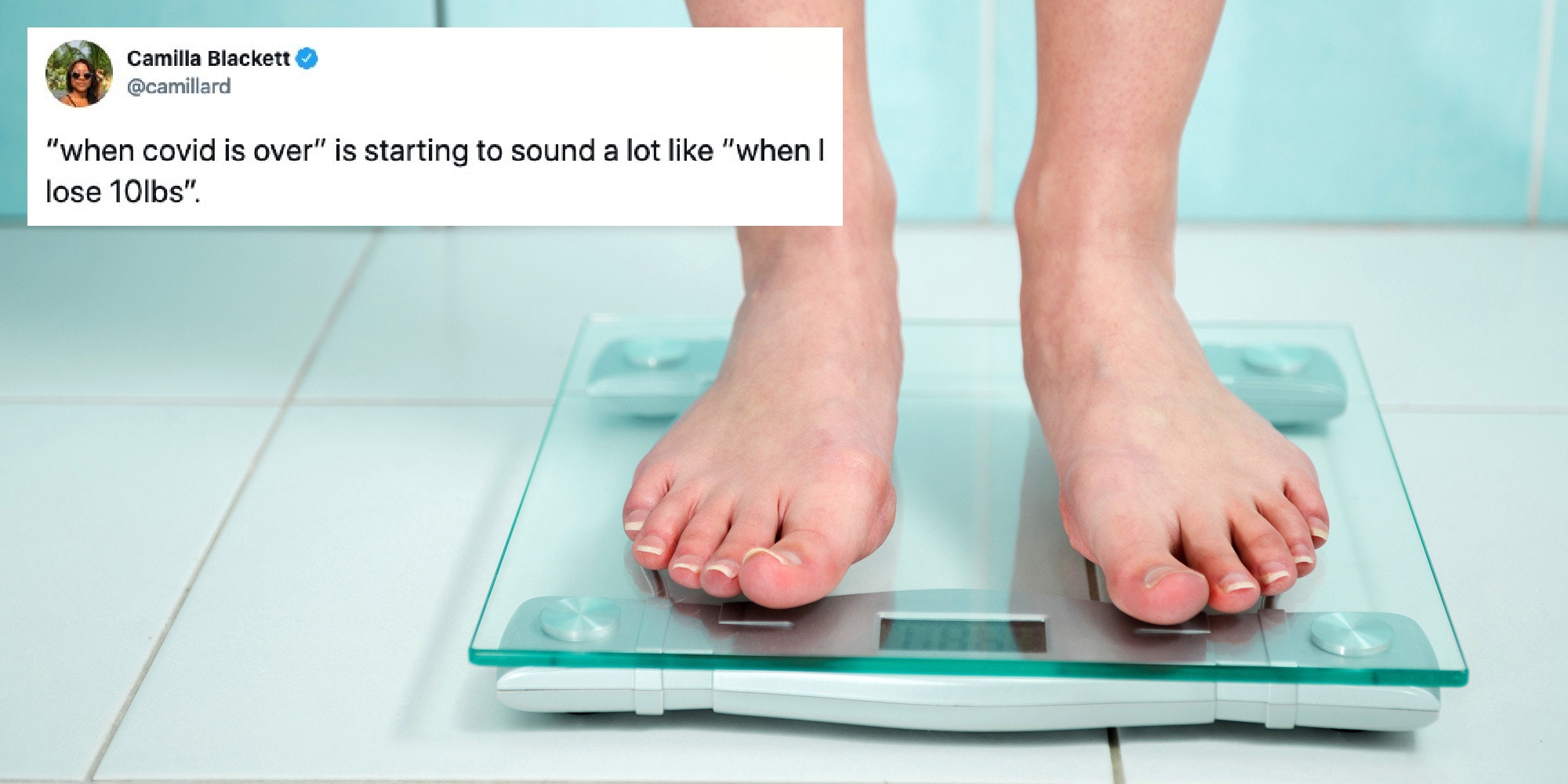 Even as dueling COVID-19 vaccines from Pfizer and Moderna are currently being rolled out across the country, some days, it feels like we’ll never get back to normal. Yes, there is a light at the end of the tunnel. But nearing the end of January, as we approach the one-year anniversary of the coronavirus being declared a global pandemic, the tunnel seems as dark as ever. On days like this, “when COVID is over” seems as lofty a goal as any.

And not so surprisingly, this sentiment is now responsible for an acerbic new meme making its way around Twitter to joke about other things that may not happen anytime soon—if ever.

‘Once COVID is over’ memes

The first viral instance of the meme seems to have surfaced late last week when Twitter user @smirhnn lamented that “once COVID is over” was starting to sound a lot like “when Rihanna releases a new album.”

They’re not wrong! This week will mark five years since the release of 2016’s Anti, so the world certainly seems overdue for some new Rihanna. The tweet also seemed to resonate with people, as it went on to be retweeted over 50,000 times and liked over 230,000 times in a matter of days.

Over the weekend, the meme continued to explode as others piggybacked on with their own unlikely hopes and dreams. One user compared “once COVID is over” to meeting Harry Styles, while another settled for One Direction getting back together.

Others imagined slightly more realistic or long overdue wishes on par with “once COVID is over”—such as the Cowboys winning the Superbowl, Grey’s Anatomy finally ending after 46 or however many seasons, or Amy Adams finally winning an Oscar.

Amusing as those are, plenty of others co-opted the “once COVID is over” meme to document wholly relatable struggles in our everyday personal lives. These ranged from empty promises of hanging out with friends and mental health struggles to finally losing that 10 pounds, adhering to a sleep schedule, and so on.

Though things do seem bleak—fear not. Eventually, we’ll be able to hug friends, go to a concert, lose those stubborn pounds, and ABC will blessedly pull the plug on Grey’s. One Direction still seems unlikely to reunite anytime soon unless somehow Harry Styles runs out of money. But we’ll take what wins we can get, however minor they may be.

The best Conor McGregor memes from his UFC match

Why you’re seeing all those ‘Barbie has a girlfriend’ memes

Cringy ‘Democrats in heaven’ memes are here to ruin your day

The post This relatable meme compares the end of the pandemic to wishful thinking appeared first on The Daily Dot.