This week in streaming: ‘We Are Lady Parts’ and ‘Kevin Can F**k Himself’ – Nogagames 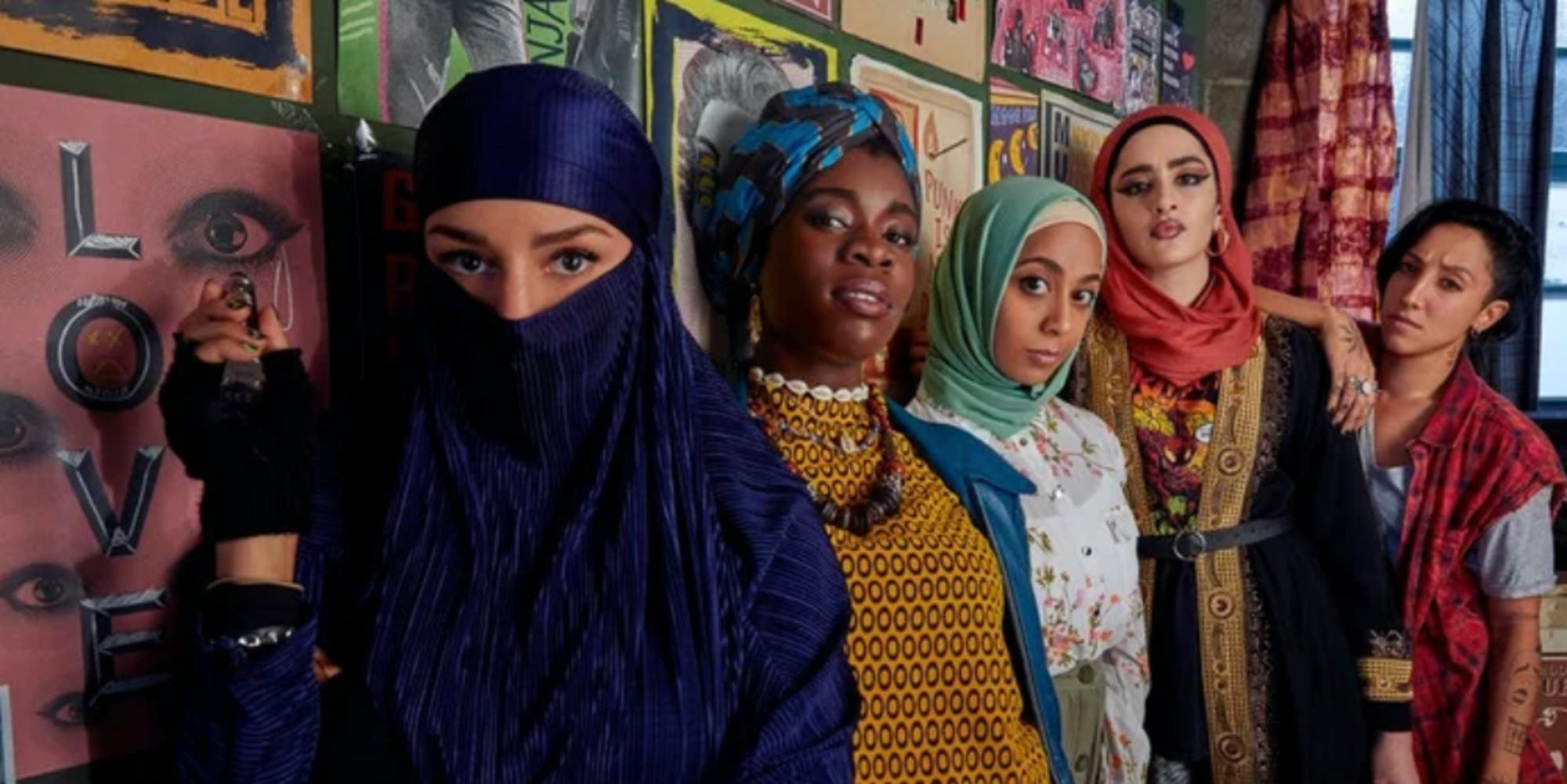 Hello! Every week, our internet culture staff will discuss the world of streaming entertainment in this newsletter. In this week’s edition:

We Are Lady Parts is your summer jam

HBO Max’s Hacks ended last week and there’s already a void. The sets! The fashion! The insults! It really had everything.

Don’t worry: Season 2 was announced last week, and during a pre-recorded interview for ATX TV Festival this weekend, co-creator and star Paul W. Downs illuminated one aspect that made the show—which features Jean Smart as Vegas comedian Deborah Vance and Hannah Einbinder as her reluctant writer—so good. “We always said this was a love story,” he explained, though one between two comedians who are also work partners, a premise that could have failed in lesser hands.

Thankfully, I’m filling the void with We Are Lady Parts, the new Peacock series about a U.K. Muslim punk group. Creator, writer, and director Nida Manzoor said during an ATX TV Festival interview that she was inspired by the “band dynamics” of films like This Is Spinal Tap and Almost Famous, and wasn’t just filling in archetypes a la Sex and the City.

The six-episode series initially follows Amina (Anjana Vasan), a Ph.D student who literally hides her musical talent so she doesn’t scare off a potential husband, though her mom and dad aren’t quite as fixated on her getting married. Her focus shifts once she meets Lady Parts, led by the ambitious Saira (Sarah Kameela Impey), and joins them as lead guitarist.

Manzoor wrote the series’ original songs with her brother and sister, and that includes the iconic “Voldemort Under My Headscarf” and “Ain’t No One Gonna Honour Kill My Sister But Me.”

All six episodes of We Are Lady Parts are streaming on Peacock.

CHECK OUT THE LATEST FROM BAZAAR

If you’ve ever had a bad experience with edibles, bong hits, or dab rigs, there may be a scientific explanation. As it turns out, the way our DNA is coded affects more than just genome expression. It also determines how our bodies respond to different substances and medications. This at-home DNA test promises to deliver your ideal dose, strain, and consumption method.

In the days following its debut in theaters and on HBO Max, In the Heights sparked plenty of criticism around colorism and a lack of Afro-Latinx representation in the film. Now Lin-Manuel Miranda, who created the In the Heights musical and had a small role in the film adaptation, is acknowledging that criticism and vowed to do better in future projects.

On Monday night, Miranda posted an apology written in the Notes app to his social media accounts and noted that the reason he wrote In the Heights in the first place was because he “didn’t feel seen.”

“I’m seeing the discussion around Afro-Latino representation in our film this weekend and it is clear that many in our dark-skinned Afro-Latino community don’t feel sufficiently represented within it, particularly among the leading roles,” Miranda wrote.

While some praised Miranda for his apology, others took issue with the people behind the film not noticing it sooner—especially when it’s a criticism that’s been around since the musical came out.

“But didn’t you receive this same ‘feedback’ when it was a play?” @chris_notcapn wrote. “Why are you acting brand new? I’m confused.”

The TV marriage between a schlubby man and an attractive woman has been a sitcom staple pretty much as long as sitcoms themselves.

He can roll out of bed and walk out the door while she has to be put together at all times. He’s funny while she’s depicted as humorless. He gets to have fun while she’s a nag. He gets to leave his work at the office while maintaining the household often is her second full-time job. He has a social life while her inner circle usually revolves around him, his friends, his family, and—in shows that include them—their kids.

He barely knows how to function without her. She seems to exist solely to function for him. On the rare occasion that the husband realizes he actually screwed up, they usually kiss and make up by the episode’s end.

“What the hell does she see in him?” is a question I’ve often asked myself watching many of these sitcoms over the years, some of which have started to blur together. For Allison McRoberts (Schitt’s Creek’s Annie Murphy), the harried wife at the center of Kevin Can F**k Himself, Valerie Armstrong’s (Lodge 49) searing satire of the sitcom wife, it’s not really a question she can answer.

Now 10 years into her marriage with Kevin (Eric Petersen), Kevin Can F**k Himself yanks the rose-tinted lenses off of Allison’s face, leaving her to reckon with the life she thought she knew. Split between a sitcom and a dark comedy, Kevin Can F**k Himself sometimes struggles to nail the tightrope between the two genres it’s straddling, but, thanks to Murphy, it mostly succeeds.

Now Playing: “Voldemort Under My Headscarf” by Lady Parts

The post This week in streaming: ‘We Are Lady Parts’ and ‘Kevin Can F**k Himself’ appeared first on The Daily Dot.

Ex-Amish TikToker mesmerizes viewers by trying modern life for the first time—until being exposed as a fraud
‘Nice to meet you’: OnlyFans creator posts awkward encounter with a neighbor whose kids thought she was ‘watching a movie’
Advertisement