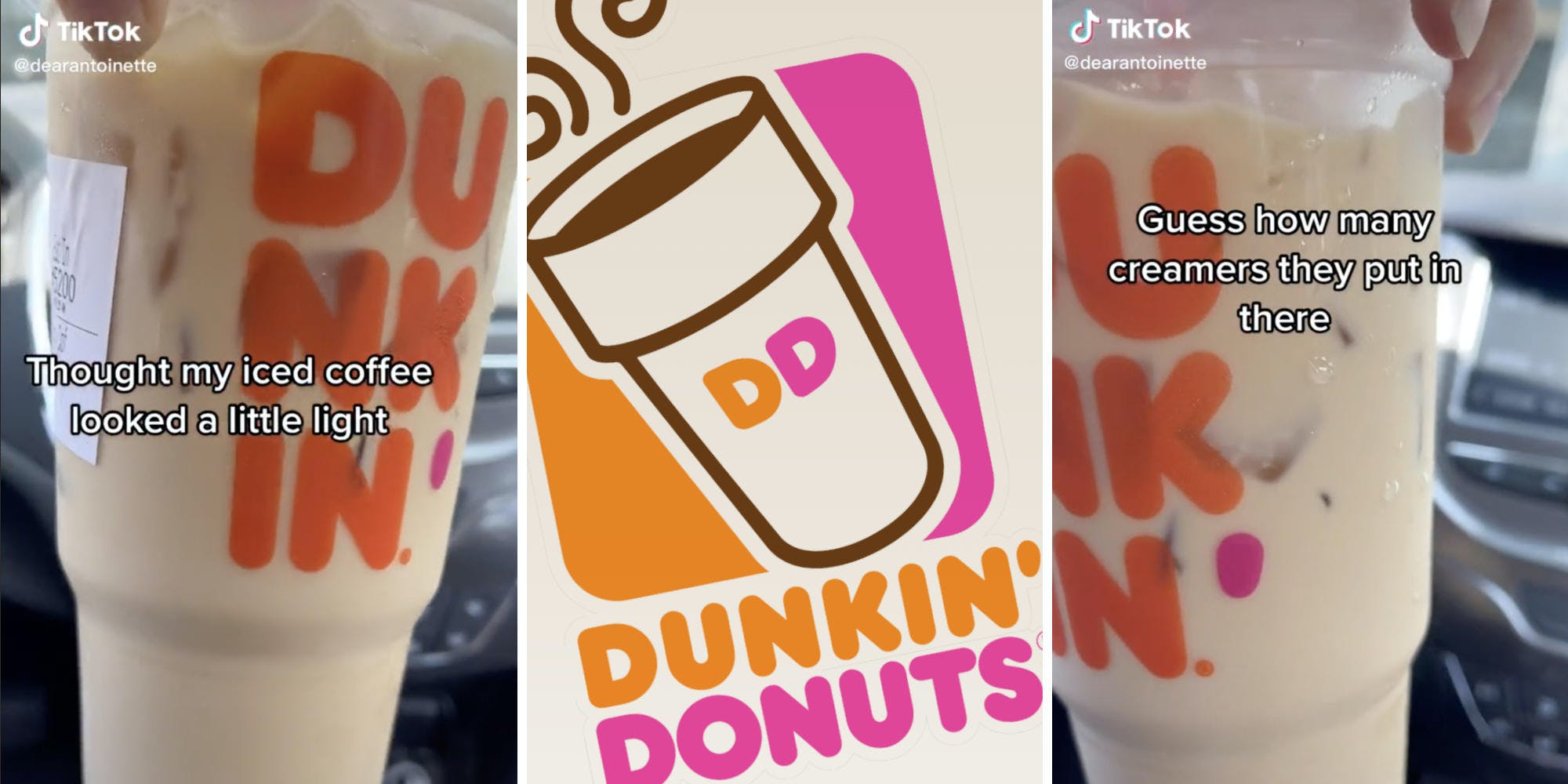 It’s easy to make a mistake at work, especially when it comes to a service job like being a barista. For instance: One TikToker recorded her iced coffee from Dunkin and noticed there might have been a bit more creamer than she would have liked.

In the video, the creator can be seen recording her iced coffee and the text on-screen says, “Thought my iced coffee looked a little light. Guess how many creamers they put in there.” They turn the cup around to show the ticket on the cup which says, “Large iced coffee, four sugars, and 54 creamers.”

The video got over 697,000 views and over 34,000 likes. Commenters, some apparently being former or current Dunkin employees, urged that her coffee most likely doesn’t have that many creamers.

“As someone who works there, it’s so easy to do this by mistake, but there’s definitely not 54 in it lol. They know better,” one person commented. Someone else wrote, “As a former employee I’m gonna assume it was just a typo lol they entered to put 55 cream on ticket but it was only 5 cream.”

The creator doesn’t seem to be upset about the amount of creamer that’s in the drink, replying to one comment saying, “I know it’s not actually 54 but wayyy more than the normal cream. I get cream & sugar every time and it’s never this light.”

The Daily Dot reached out to the creator via TikTok comment and Dunkin via their media contact.

Cara Delevingne’s appearance at the BBMAs is the subject of horror memes
‘I’m broke’: Divorced man asks woman to buy him a drink. Her boyfriend steps in, sparking debate about if he was over-protective
Advertisement