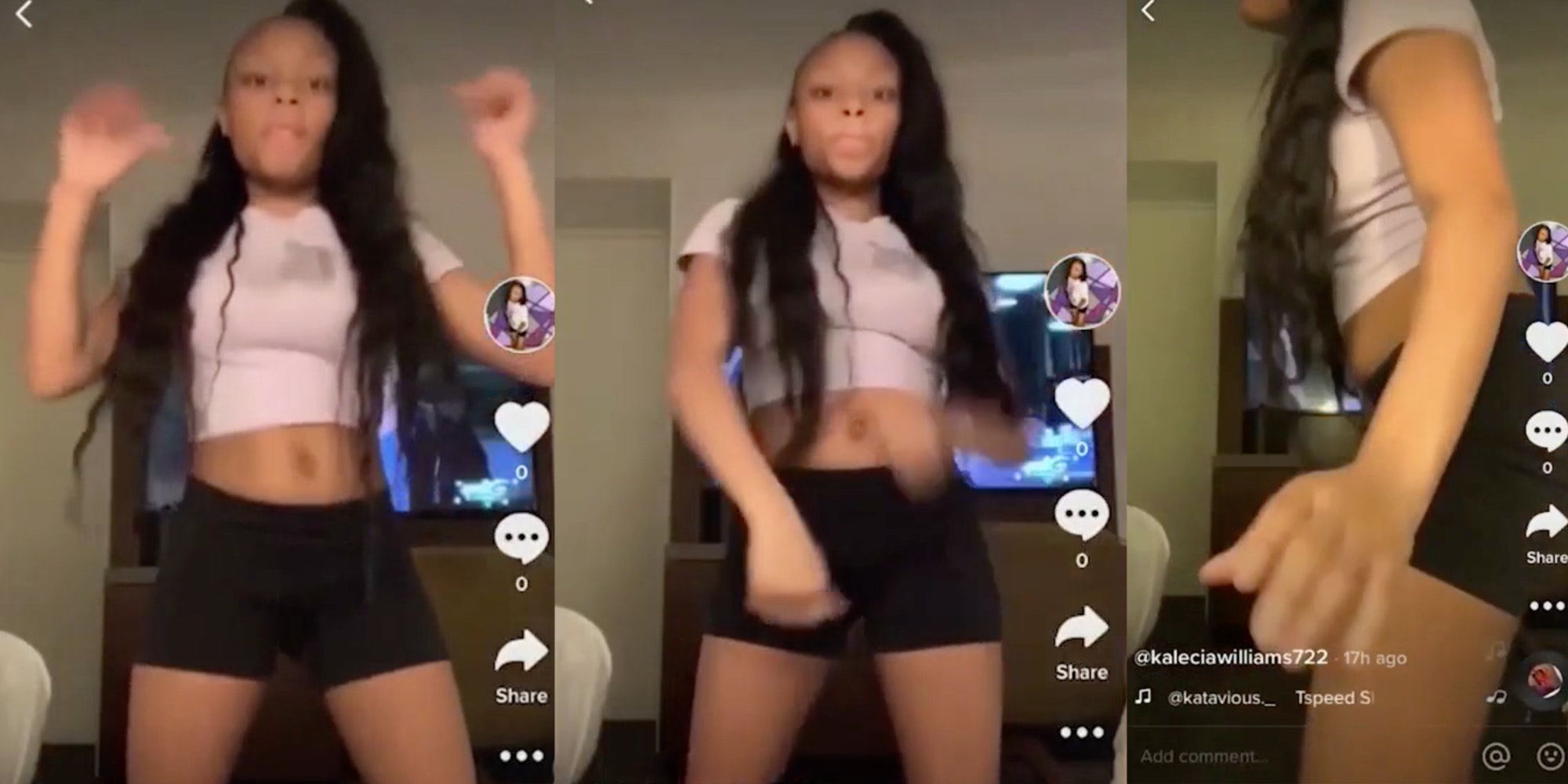 A TikTok video captured the final moments of Kalecia “Pinky” Williams, a 16-year-old girl who was killed at an Atlanta hotel in December.

Williams was staying at the Hyatt Regency on Dec. 26 for what her family thought was going to be a chaperoned holiday party. She was fatally shot, and one person, a teenage boy, was reportedly arrested in connection to her death.

Williams was making a TikTok video in the moments leading up to her death. In a newly released video, Williams can be seen happily dancing. Someone seemingly enters the room, and Williams appears startled. She then abruptly ends the video.

While the video in question is not available on Williams’ TikTok account, she made two others at what appears to be the same hotel. In one, she is partaking in a TikTok challenge. In the other, she is dancing to MoHead Mike’s “PTPOM.” People are expressing their grief and support in her comments section. “Rest easy beautiful … you didn’t deserve this,” the top comment reads.

“JUSTICE FOR KALECIA,” a TikToker wrote.

“This story give me chills like this is really sad and confusing,” another said.

Her family told Fox 5 that they were under the impression the party was going to be held at an Airbnb but that another parent paid for their stay at the Hyatt Regency instead. They didn’t even know of the venue change until they received a call notifying them that Williams died—eight hours after her death. Williams’ family is now calling for that parent to be held accountable as well. “She was responsible for getting the hotel room for these minors. Her name was on the hotel room for these minors, so I feel like she should be held accountable for my daughter’s death as well,” Smith said.

A girl previously told Williams’ family that they “moved (their) daughter’s body because of the blood.” An eyewitness took a video of EMTs attempting to resuscitate Williams, and in the video, there is no blood, prompting Williams’ family to become even more suspicious.

Williams’ loved ones gathered at the hotel on Tuesday in remembrance of the 16-year-old and to demand concrete answers.

“It was just a lot of foul play and I’m trying to put all the pieces together because I don’t feel like the system is doing enough to help me,” Smith told FOX 5.

The post TikTok captures teen’s final moments before she was killed at hotel appeared first on The Daily Dot.