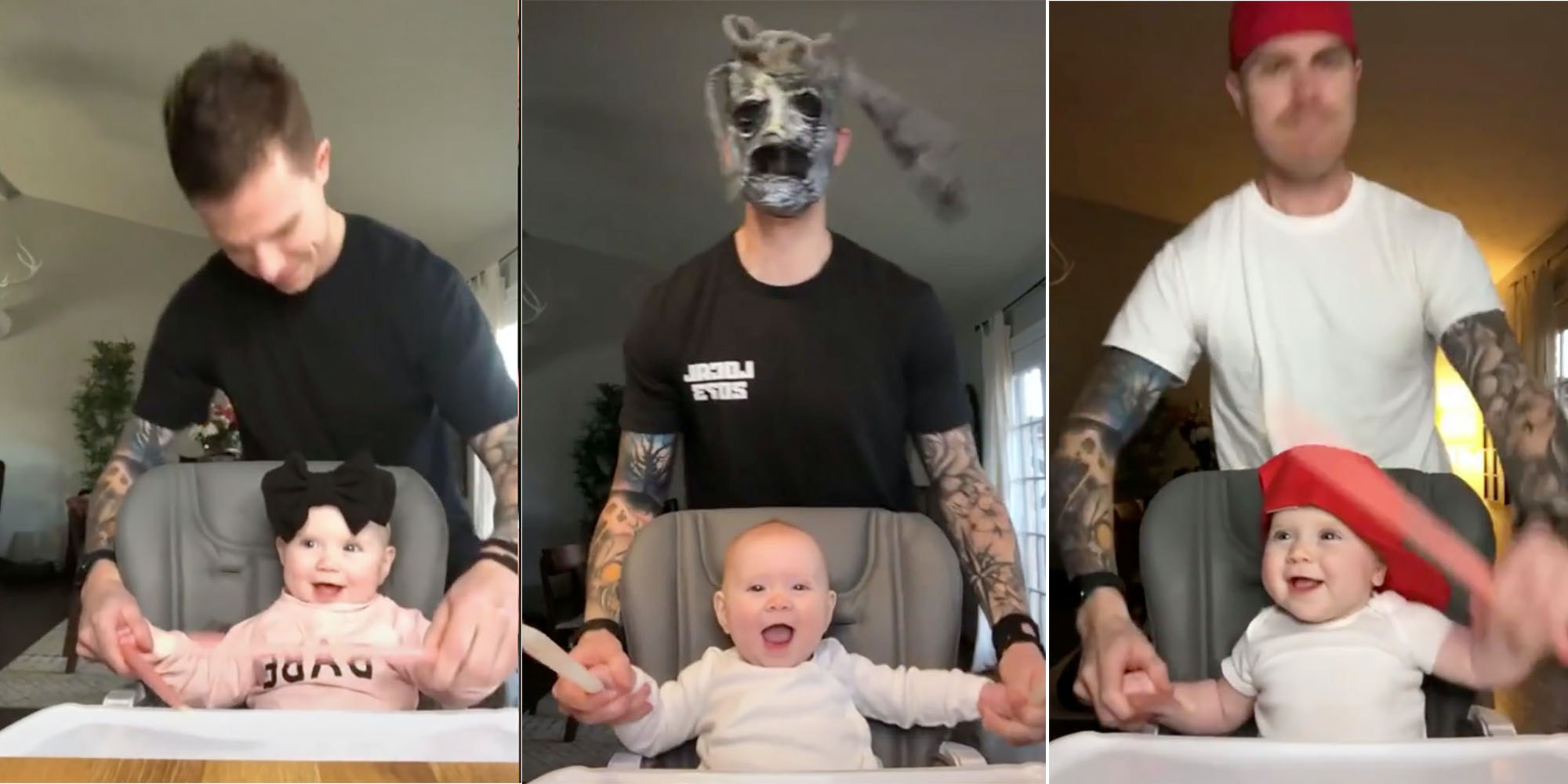 In January, a heavy-metal-loving firefighter in Texas started making TikTok videos with his baby daughter. Six weeks after they started drumming along to an eclectic mix of bands including Slipknot, Linkin Park, and Rush, they’ve become TikTok favorites and have even parlayed that into mainstream media outlet attention.

The @heavymetalbaby account features Lane Desobeau, now seven months old, and her heavily-tattooed father, Marcel Desobeau. In the great majority of the videos, Marcel picks a song, stands behind Lane when she’s sitting in her high chair, and they drum together.

It started with Slipknot’s “All Out Life” which has netted more than 750,000 views since it’s been up.

Slipknot’s been very popular with the TikTok channel’s viewers; “Psychosocial” has drawn over 3 million views alone.

And “Unsainted,” with Marcel wearing a mask that probably should scare his daughter yet isn’t, is approaching the million view threshold.

Judging from the smile in this video, she really likes Linkin Park.

Marcel’s also starting Lane on Rush’s catalog — Neil Peart is a legendary rock drummer, and one of the account’s most popular videos involves the dad and daughter laying down the opening beats to the Canadian band’s classic, “Tom Sawyer.”

According to a Good Morning America interview with Lane’s mom, Liz Desobeau, “We said we will keep making videos because Lane loves it.”

The videos have branched out a bit though, in part to document the phenomenon they’ve become. That included a segment on The Drew Barrymore Show last Thursday, in which the talk show host set up a meeting between the Desobeaus and Blink-182 drummer Travis Barker.

Barker dispensed some advice for Lane which could make for a potentially noisy household for years to come.

“I started playing drums when I was three or four,” Barker explained. ​“We couldn’t afford a drum kit but we just had pots and pans, and that was my drum set for years – for like a good three years.”

Not all songs appear to be equally delight-inducing in Lane’s world—judging from her expressions during Metallica’s “Master of Puppets,” for instance, some of her father’s selections might be a little intense. But even there, she registers an expression of momentary enthusiasm about halfway through, reinforcing the site’s status as an oasis of cute.

The post TikTok has a Heavy Metal Baby and everyone thinks she’s adorable appeared first on The Daily Dot.