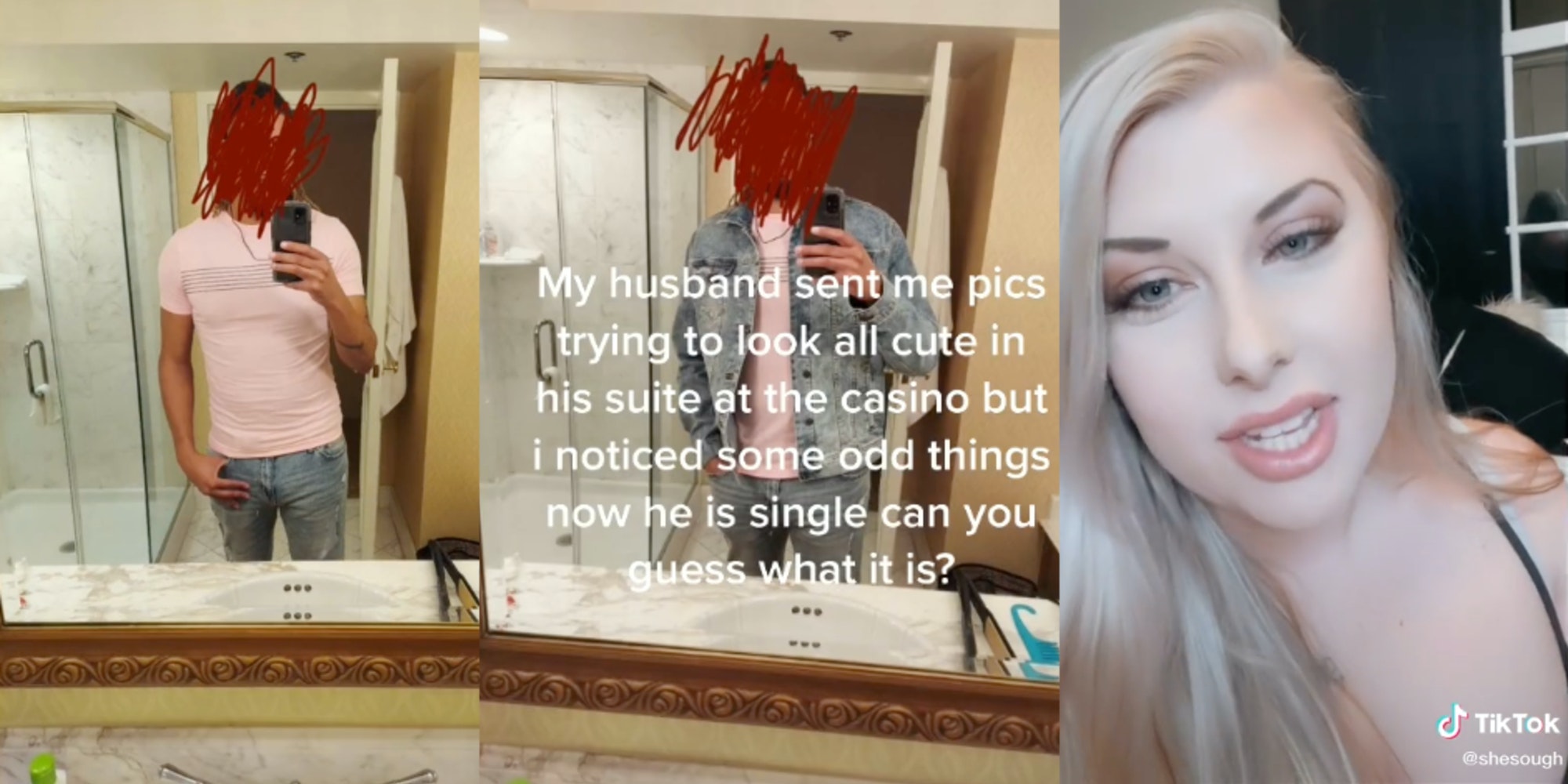 A TikToker caught her husband allegedly cheating on her after noticing small details in mirror selfies he sent her while he was staying at a hotel.

“My husband sent me pics trying to look all cute in his suite at the casino but I noticed some odd things now he is single can you guess what it is?” TikTok user @shesough wrote in the now-viral video.

She included two of his selfies in the video, which is aptly set to Shaggy’s “It Wasn’t Me” and has been viewed over 4.4 million times.

Viewers flocked to the comments to take their guesses.

“Hair straightener looks pretty sus,” one TikToker commented, with another saying, “I SAW THE STRAIGHTENER IMMEDIATELY.”

Others pointed out how he wasn’t wearing his wedding ring. “You guys are missing the fact he ain’t got no RING on,” one said.

She also reveals that she confronted her husband. And while he allegedly told her the photos were taken in his friend’s room, she isn’t “believing it.”

“I’m not believing it … that’s just all too sketchy. Why are you in someone else’s room taking photos?” she questions.

The post TikToker catches husband cheating after noticing ‘odd things’ in selfie he sent her appeared first on The Daily Dot.