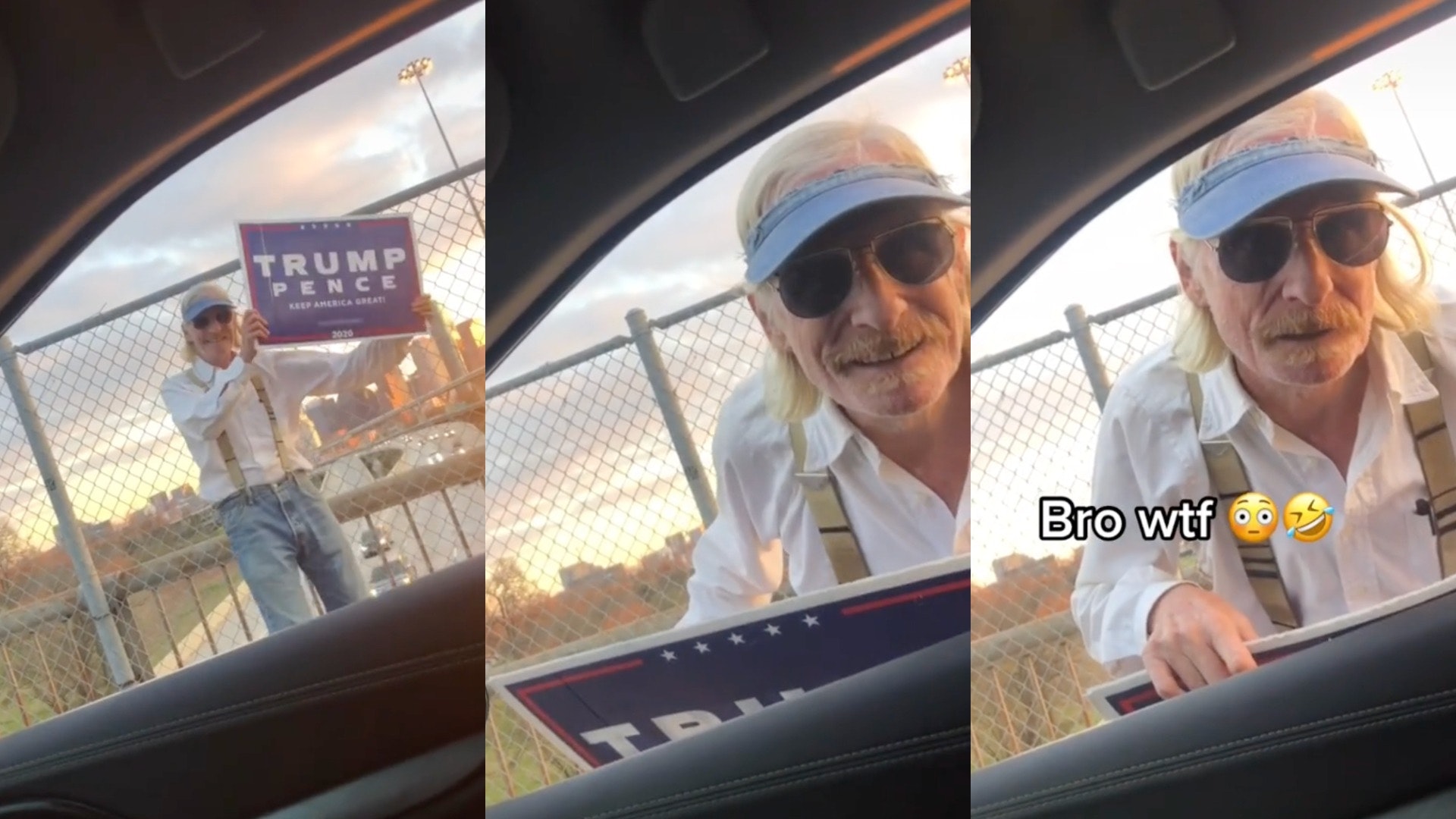 You may be flabbergasted to learn that some President Donald Trump supporters do not believe he lost the 2020 election.

Some of these election denialists have parroted debunked voter fraud claims. Others stormed the Capitol on Jan. 6 in an attempt to prevent Congress from certifying the Electoral College votes for President Joe Biden.

And some, like the elderly man in this viral TikTok, are content to dance on bridges with Trump signs months after his defeat.

Houston-based TikToker @texasmade713, who goes simply by Alex on the app, uploaded a video of the self-deluding Trump supporter on Jan. 7. It has earned nearly 600,000 views and enjoyed a resurgence over the weekend when a Redditor posted it to r/PublicFreakout, where it is approaching 80,000 upvotes at the time of this writing.

The video shows Alex driving by the elderly Trump supporter as Wiz Khalifa and Charlie Puth’s “See You Again” plays in the background. Alex tries to spit some facts to the man on the bridge, who is dancing and waving his Trump-Pence sign for the traffic below him.

The Trump supporter sidles up to the car window to hear him better.

“I said he lost, man. You gotta move on, man,” Alex repeats.

Then the video takes a turn from comically pitiful to downright bizarre.

“The baby butchers and the sodomites are gonna burn in hell. OK?” the old man says. “He didn’t lose anything. If you don’t know the Bible, you better read it.”

Alex wisely chooses to disengage, driving away and telling the old man, “Hey, God bless you, man. He lost. Move on.”

On Reddit, viewers were confused about which Bible verse specified that Trump was still president. Other users helped crack the case.

“Guillianiscus 13:12 – Don’t be alarmed. He is not here, he has won an election!” one user submitted.

As of Jan. 8, the elderly Trump supporter was still waving his sign on the bridge, this time for a captive audience.

The post TikToker gets baffling response when he tells elderly Trump supporter it’s time to move on appeared first on The Daily Dot.