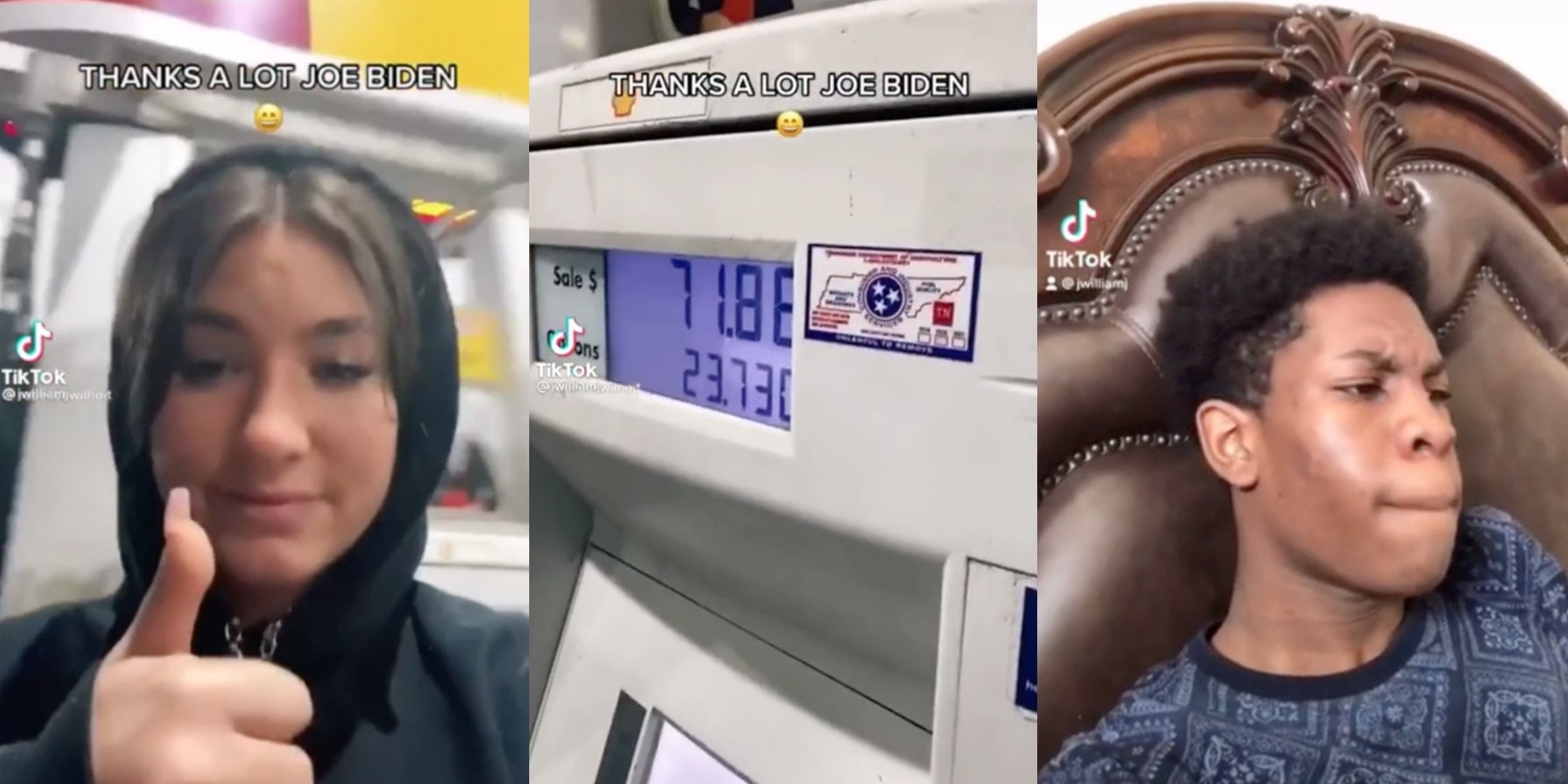 A TikTok user is getting flamed online after attempting to blame newly-elected President Joe Biden for what she believes are “high” gas prices.

The video, which made its way to the popular “TikTokCringe” subreddit, shows a young TikToker pointing the finger at the president after spending nearly $72 to fill up her tank.

But another TikTok user, @jwilliamJ, has gone viral for dismantling the young woman’s entire argument. For starters, @jwilliamj first determines the model of car the woman is using.

“Judging based off that door handle, the rear fender and window shape—and the back tire, which, you know, has a Nissan logo on it—I’m going to assume that this is a 2006 Nissan Pathfinder,” he says.

That’s not all. The user then determines how many gallons of gas the vehicle holds and how many miles per gallon it receives before determining that the woman likely paid around $3 per gallon.

While the price is in fact relatively high, @jwilliamj notes that the video was filmed at the end of January and questions how Biden is responsible.

“So unless you can show me a policy that Biden implemented 11 days into his presidency that spiked gas prices to some unprecedented number that you’ve never seen before, you’re not paying $70 because of Biden,” he says. “You’re paying $70 because your car guzzles gas like a fucking sinkhole.”

The original TikTok video has since earned over 3 million views, and the majority of users appear to agree with @jwilliamj. The only major point of contention was from users in California, who piled in the comments to state that $3 per gallon was actually cheap.

The post TikToker gets set straight after trying to pin ‘high’ gas prices on Biden appeared first on The Daily Dot.

Creative freelancers ditch Working Not Working over fears Fiverr will destroy it
Anti-masker claims to be a lawyer, threatens to sue gym employee—he got arrested
Advertisement