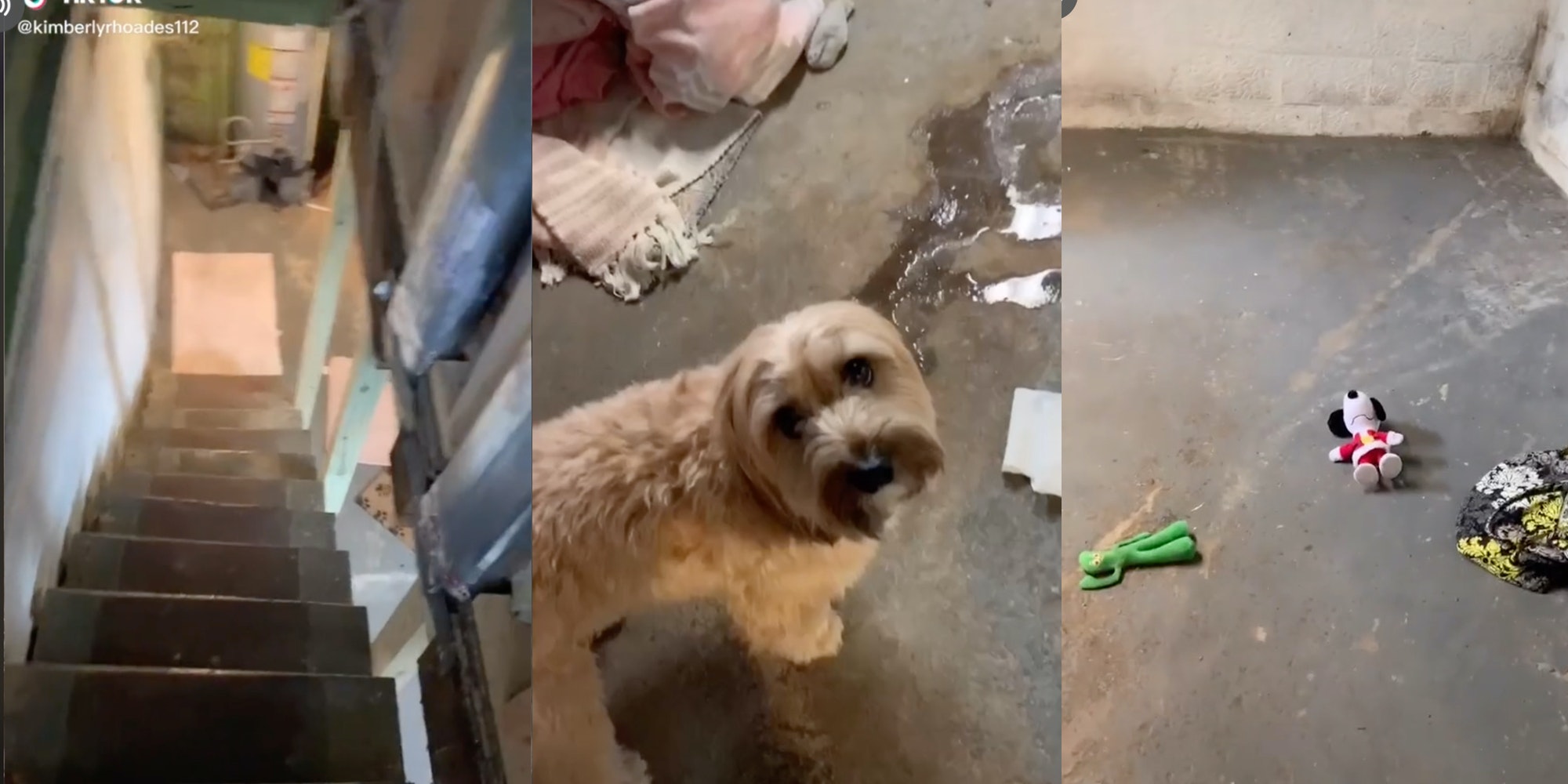 TikToker Kimberly Rhoades recorded a video of an apparent ghost, who she thinks is haunting her apartment, interacting with her dog.

The ghost—whom Rhoades named Jerry—has reportedly been banging on pipes, messing with appliances, and causing chaos in the basement where he reportedly resides. Roades has been uploading videos to her TikTok account since November detailing Jerry’s antics.

In a video posted on Wednesday, Rhoades’ dog appears to be interacting with Jerry. The dog, named Daisy, whines for Rhoades to join her in the basement. When she does, she sees Daisy has brought her toys downstairs, potentially in an effort to play with the ghost.

“What are you doing?” Rhoades asks Daisy. “Are you guys playing with your toys? Daisy, that’s so cute.”

“Jerry, do you like playing with Daisy?” Rhoades asks. “Alright, Jerry, whatever your favorite toy is, can you make a noise or something?” As she talks to her dog, one of the toys begins to start making noise on its own.

“Haven’t been this scared in a long time,” one person commented on the video.

“Time to perform [an] exorcism,” another joked.

While some TikTokers are creeped out by the apparent interaction, others found it “adorable.” “Honestly, the thought of someone finding joy in playing with someone’s dog is adorable,” one said.

“If the dog is down there playing,” another said, “Jerry is a nice ghost so that’s good.”

Though Rhoades does believe her basement is haunted, some believe that this particular video was scripted. Previous uploads, however, are more terrifying. Another video, for example, shows Rhoades’ washing machine closing on its own.

The post TikToker records dog’s apparent interaction with ghost ‘living’ in her basement appeared first on The Daily Dot.