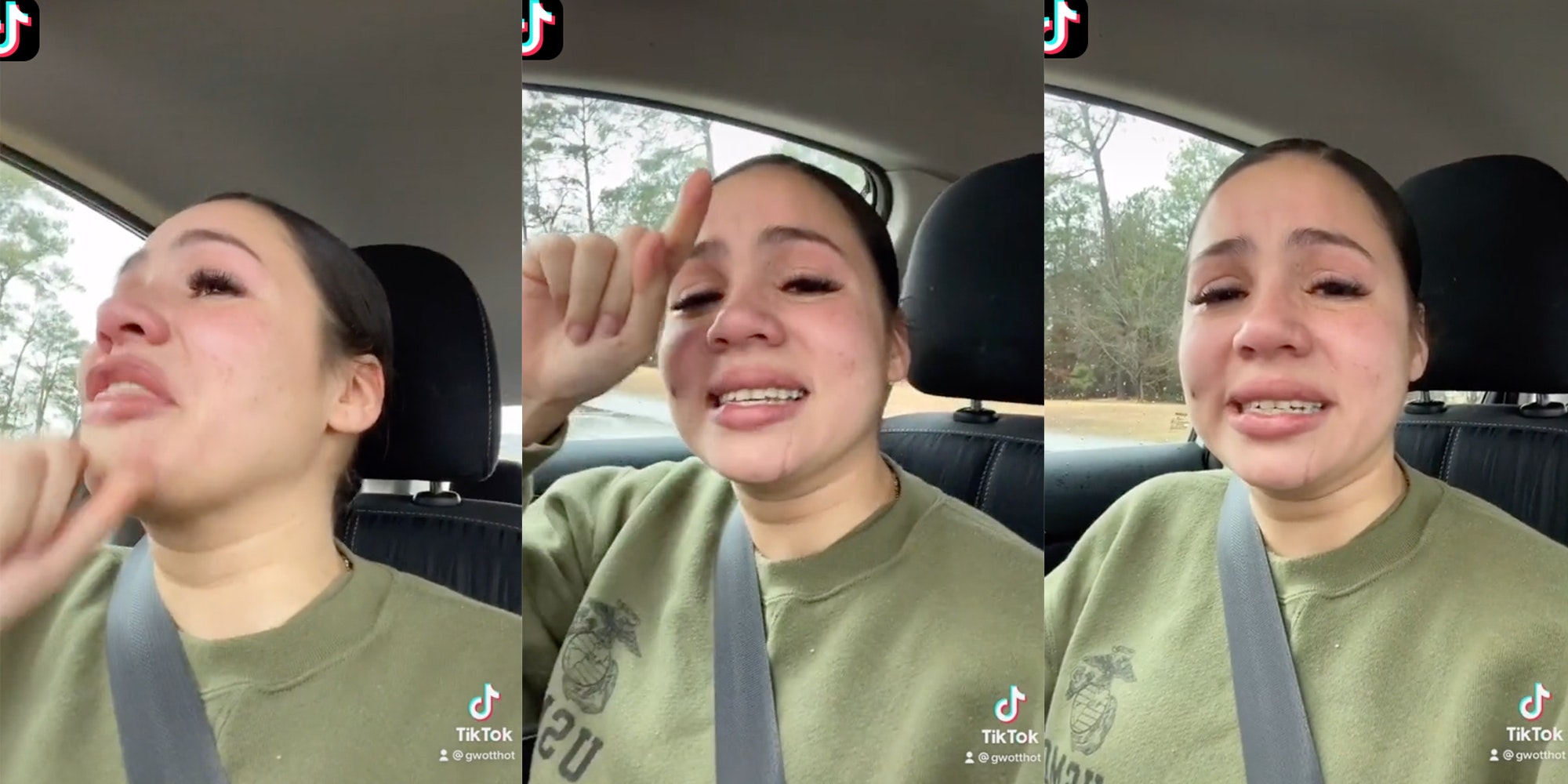 A member of the United States Marine Corps said on TikTok this week that another Marine remains in the military despite admitting to sexual assault against her in court.

The TikTok user, @gwotthot, says she saw her “perpetrator’ in the trial. “He’s able to admit what he did and they say, ‘OK, well you were really good at your job and yeah, you did a bad thing,'” says the user, whose display name is Dalina. “‘But we are going to make sure that you get out honorably and you’ll be able to reenlist and do this shit to somebody else in another branch, just not this one.”

The video, which was posted to TikTok on Thursday, has over 4.8 million views and 1.2 million likes. It was also shared on Twitter by user @NotInMyMarines.

Users on both platforms were outraged by Dalina’s videos and the Marine Corps’ alleged response to sexual assault accusations. In the comments, people urged Dalina to file charges as a civilian.

In the video, Dalina says she has dedicated her life and her child’s life to her service in the military—only to be mistreated and disrespected by the organization .

As the videos spread on Twitter, users claimed the alleged abuser was stationed at Marine Corps Base Camp Lejeune in Jacksonville, North Carolina. One user also tweeted the names of all the leading officials at the base.

In response to the video, one parent shared that he would go crazy if his Marine daughter was in a similar situation. The organization Not in My Marine Corps replied that perpetrators of sexual assault are commonly excused in the military branch.

“This is the reality that every woman and even man lives with if they are sexually assaulted,” the user said. “It’s even worse for people identifying as male. Their assaults are labeled as hazing.”

According to its bio, the Twitter account for Not in My Marine Corps is run by active, retired, veteran, and civilian members “dedicated to ending sexual harassment and assault in the Armed Forces.”

On TikTok, Dalina’s video reminded users of their own experiences in the military.

“File charges as a civilian sis. That’s what I had to do,” one TikTok user wrote. “Happened in 2014. Army did NOTHING. I finally got him in 2020 but on the civilian side.”

“I do not recommend enlistment to any of my girls. No one in my family and no poc. They. Do. Not. Care. About. You,” another user commented.