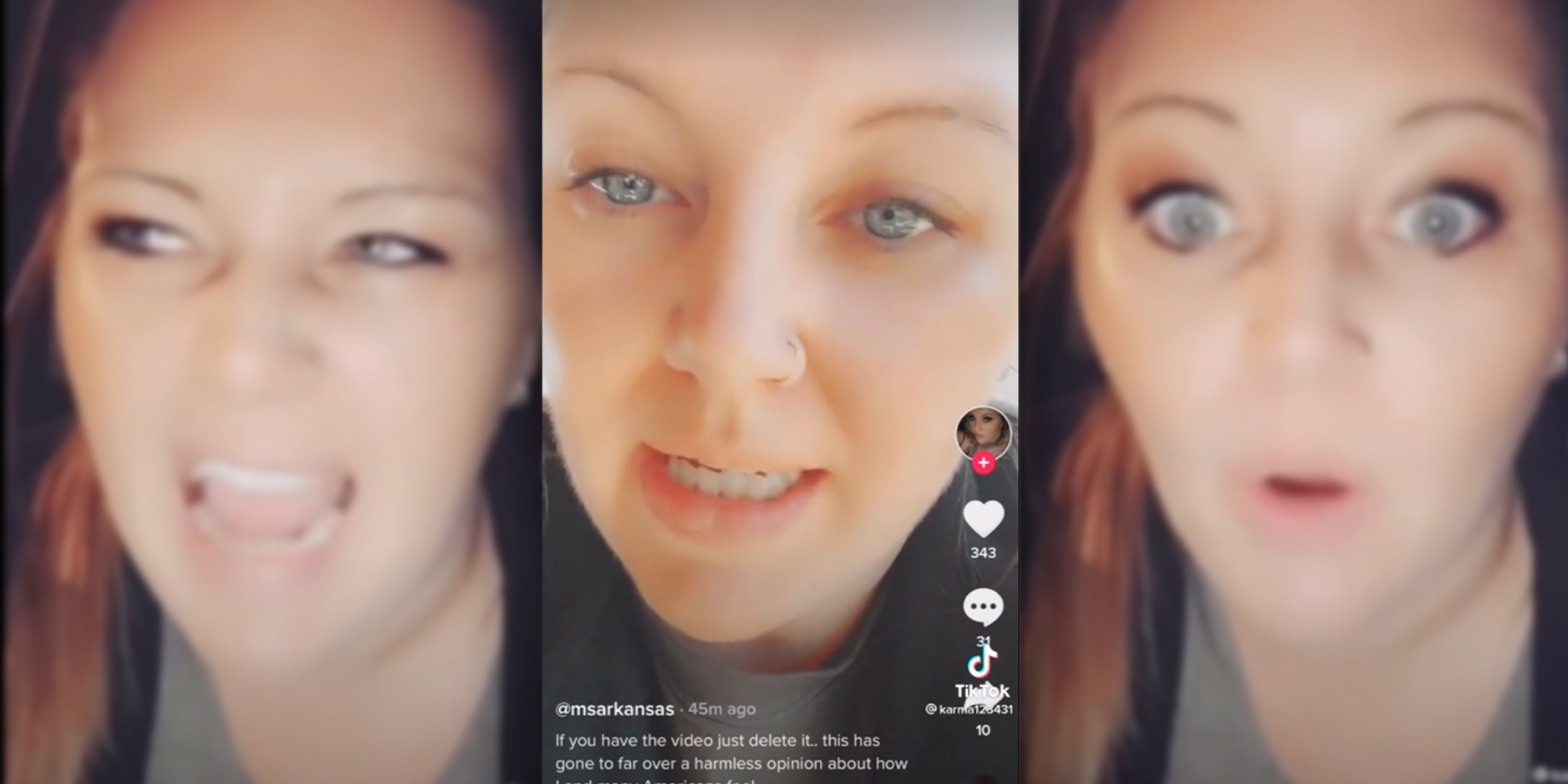 A conservative TikTok user says that the Secret Service is “looking for her whereabouts” after users reported a viral video in which she threatens the U.S. government.

In the viral TikTok, user @msarkansas says she will “come for” former Vice President Mike Pence and congressional “traitors.” Viewers apparently responded by reporting the threat.

The video was deleted but then re-uploaded by TikTok user @karma123431.

“We true American patriots are not gonna stand for this shit,” @msarkansas says. “If you think we’re not coming for you? Guess what, you’ve already declared war against your people. We’re coming.”

Some conservatives, including right-wing followers of the QAnon conspiracy theory, were dismayed that President Joe Biden’s inauguration went smoothly and that Pence broke with former President Donald Trump by attending the ceremony.

“You would much rather sell your people out to foreign countries to continue to allow socialism and communists in this fucking country than to actually do your part and stand up for the American people and the Constitution,” @msarkansas says.

Her claims spurred users to “question her grip on reality” in the comments.

Commenters also threatened to report the video to law enforcement, and @msarkansas responded by mocking the claims in a second video. A compilation of the three TikToks was recently posted to the r/FuckYouKaren subreddit.

In the second video, @msarkansas pretends to choke up about the threats before saying “excuse me if I don’t fucking care.” The caption says, “How you gonna hate from outside of the club when you can’t even get in,” which references the Chris Brown song “Look at Me Now.”

By the third video, her tone changes. She says that she fears for her and her loved ones’ safety because the Secret Service visited her family and “interrogated” them.

“For those of you that have reached out to my local and state police to start this nonsense to begin with, I know exactly who you are,” she says. The video gets cut off after she mentions giving those people’s names to someone.

After her @msarkansas account went down, the TikToker posted to a backup account said she has “inspired” people with her series of videos. The video has been dueted and stitched by apparent supporters using the hashtag #unbanmsarkansas.

“I have literally taken one for the team,” she says a video that was posted to the now-suspended backup account. She says she wouldn’t “be here” without the users who have encouraged her.

The post TikToker says Secret Service is ‘looking’ for her because she threatened Mike Pence in viral video appeared first on The Daily Dot.