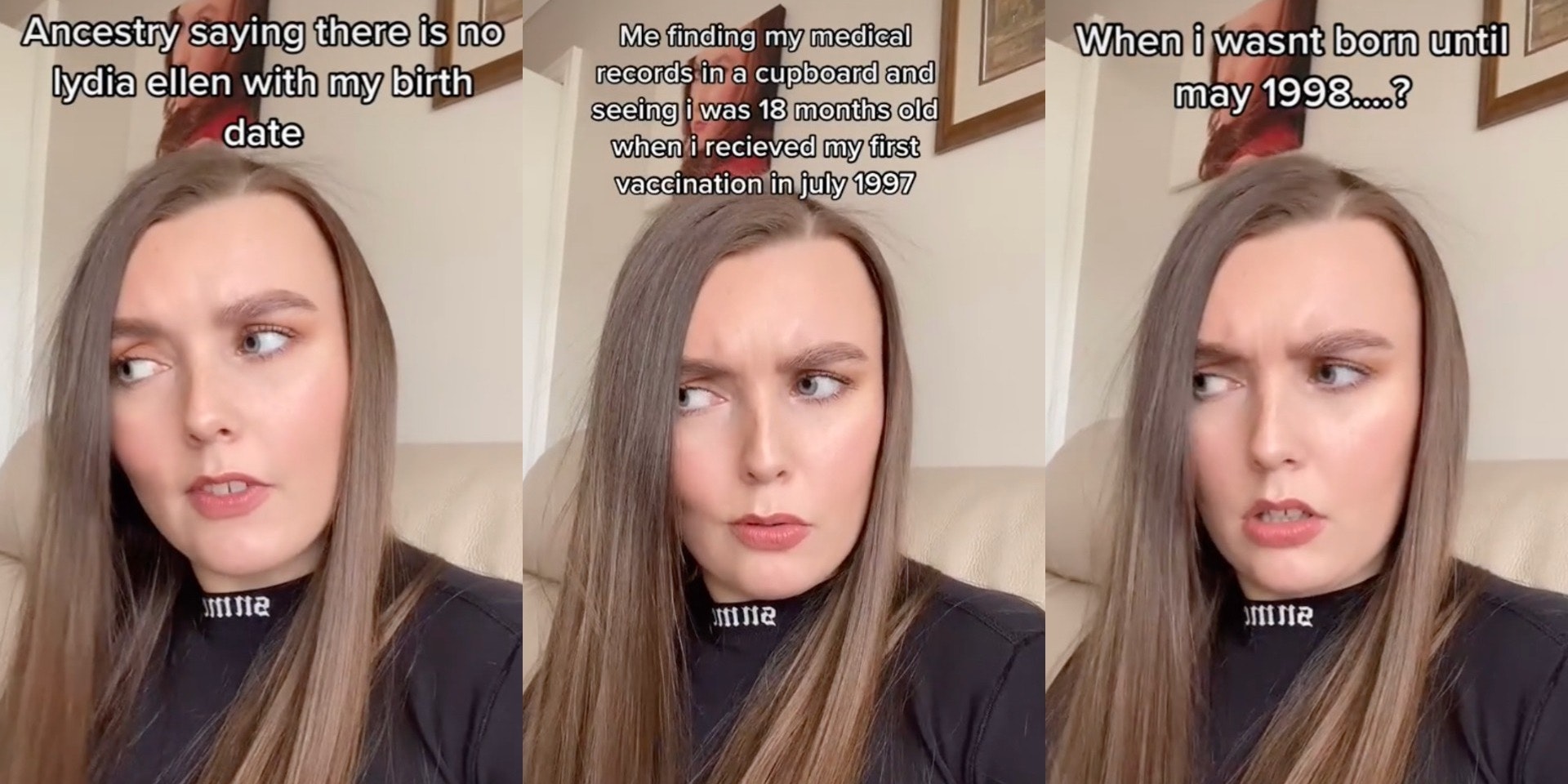 A TikToker expected to receive some fun facts about her ancestors when she took a DNA test. Instead, she got an identity crisis.

In a video that has been viewed more than 4 million times, Lydia Ellen (@lyddelle_) reacted in shock and horror when the results from her Ancestry DNA test suggested she was almost three years older than she had been led to believe.

Ellen’s DNA test began auspiciously enough, according to her TikTok. After spitting in a vile and sending it off to the lab, the 20-something Brit got put in touch with her distant relatives around the world. But when she filled in her family tree and profile, things started to go sideways.

Ancestry told Ellen it had no “Lydia Ellen” with her birthdate. Ellen then found medical records in her cupboard that said she received her first vaccination in July 1997, when she was 18 months old.

This struck Ellen as problematic, because she thought she was born in May 1998.

Ellen’s medical records instead suggested she was born in November 1995, which would make her currently 25 instead of 22. (It would also mean she was 20 months old in July 1997, not 18 months.)

“Surely it’s just a mistake….” Ellen captioned the end of her video.

Viewers were dumbfounded by the revelation. Ellen has disabled comments on her initial video, but hundreds of users have clamored for a follow-up in the comments of her other posts.

The Daily Dot has reached out to Ellen, who promised to post updates on her DNA test saga later this week.

In the meantime, Ellen has a request to her followers: “Can we appreciate my banter and stop asking if I was kidnapped as a baby for a lil bit pls?”

The post TikToker takes DNA test—and is shocked to learn she’s the wrong age appeared first on The Daily Dot.

Everyone hates the idea of a gritty ‘Powerpuff Girls’ reboot
Is the New York Times block list a stunt from Gab’s PR people?
Advertisement