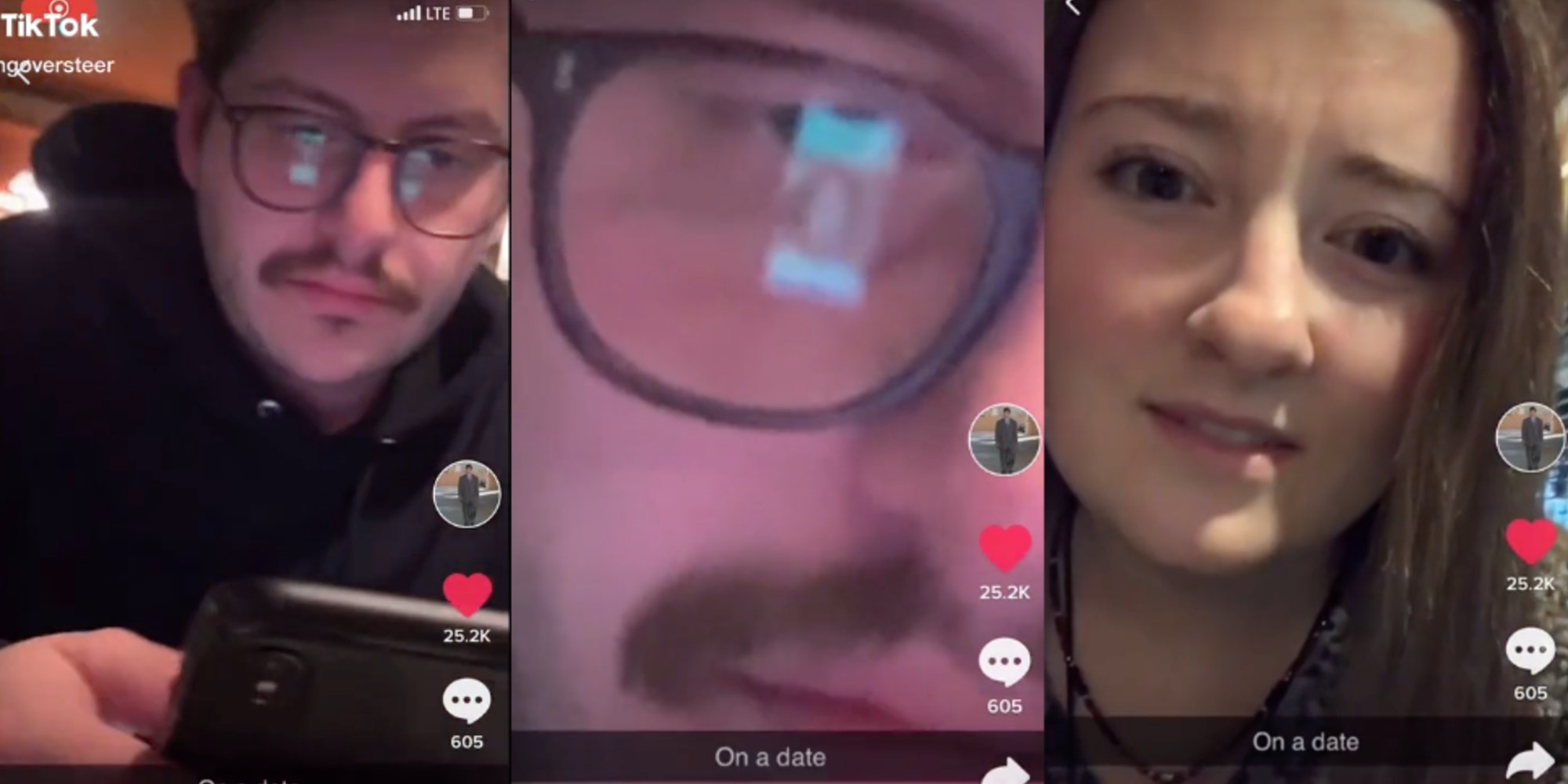 A woman seemingly caught her “date” swiping on a dating app right in front of her when she noticed his screen’s reflection in his glasses. She posted the video on TikTok, and viewers are telling her to ditch the date.

The TikToker filmed her date scrolling on his phone at the table, seemingly innocuous. But when she zoomed in on his glasses, viewers could see in the reflection that he was swiping on a dating app.

“I wish I was kidding,” she captioned her video.

The TikTok was viewed more than 450,000 times, according to the Mirror. But it appears the video has since been deleted.

Viewers were commenting on the video that they hoped the poster confronted her date or ditched him without warning.

“That’s when you ‘go to the bathroom,'” one user said.

“I’d just leave. No explanation. Just, byeeee. Trust me, it would feel so good,” another commented.

But it looks like the “date” may not have really been a date at all.

The man in the video posted his own TikTok video from their alleged date. He shared the first video and then filmed the woman swiping on a dating app, which he also filmed using the reflection in her glasses.

At the end of the man’s video, they both leaned in together and told the camera “nothing is real.”

Viewers were relieved to see they were seemingly just friends and neither got stuck with such a rude date.

“I’m so happy it was a joke!” one user commented.

“Oh how the turn tables,” another user said.

The woman who posted first may have made the video as a joke with her friend, or simply posted it for views. Neither poster has made a follow-up video.

The posters are not the only ones who have caught their dates swiping right in front of them. “Messy TikTok” is filled with videos of bad dates, ugly Tinder messages, and people finding out their partners were cheating on them.

The post TikToker urged to leave ‘date’ after posting video of what’s in the reflection of his glasses appeared first on The Daily Dot.