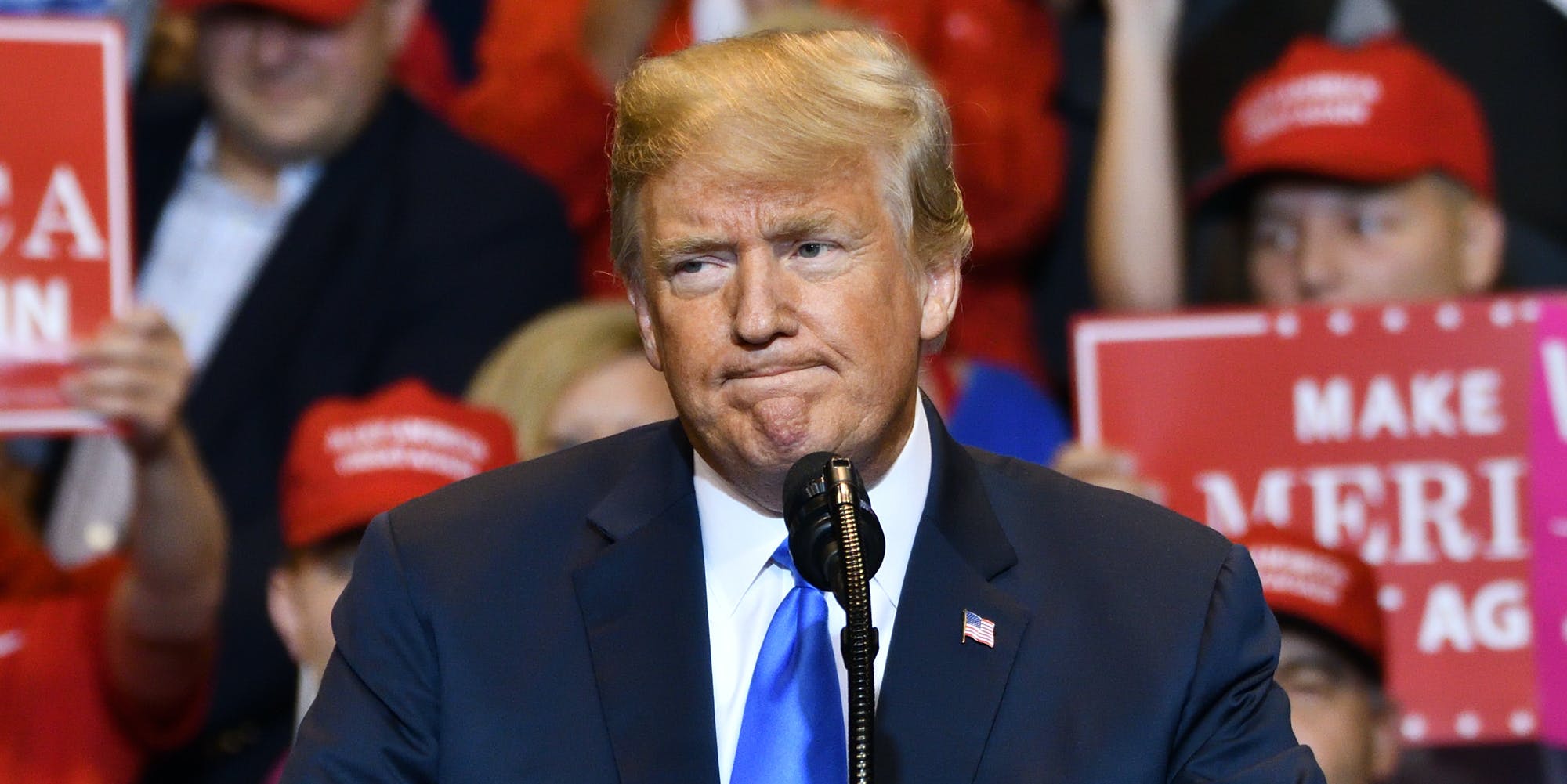 Former President Donald Trump piqued the interest of his supporters on Wednesday after revealing on Truth Social that he would soon make a “MAJOR ANNOUNCEMENT.”

The post from Trump, which included an illustration of him dressed as a superhero with lasers coming out of his eyes, immediately spurred a range of conspiracy theories and predictions among his followers.

Yet despite claims from believers in the QAnon conspiracy theory that Trump was preparing to take over President Joe Biden’s position or announce a bid bucking the Republican party and running as an independent, the so-called major announcement turned out to be about nothing more than “digital trading cards.”

In a post on Truth Social on Thursday, the former president finally announced that his “official Donald Trump Digital Trading Card collection” had arrived.

“These limited edition cards feature amazing ART of my Life & Career!” Trump said. “Collect all your favorite Digital Trading Cards, very much like a baseball card, but hopefully much more exciting.”

Coming in at $99 each, Trump urged his supporters to quickly purchase a card since “They will be gone, I believe, very quickly!” Of the 45,000 cards produced, according to collecttrumpcards.com, 44,000 will be sold online.

Those who purchase a card are automatically entered into a sweepstakes offering “incredible prizes.” The prizes include dinner with Trump in Miami, a meet-and-greet with Trump at his Florida resort Mar-A-Lago, and a round of golf with the former president, among other things.

But for Trump’s most diehard supporters, nearly all of which believe the 2020 presidential election was stolen, the major announcement was nothing more than a major letdown.

As noted on Twitter, many Truth Social users expressed their dismay in the replies to Trump’s post.

“Time to go back to not caring or voting,” one user wrote. “Trump just another politician at this point. Remember in 2016 when he funded his own campaign? Miss that man.”

Others called for Trump to fire those around him who suggested he sell the digital trading cards to begin with.

“I love Trump but whoever is telling him to do stuff like this should be fired,” the user wrote.

Another argued that Trump was ignoring the fact that the world was being “annihilated.”

“Don’t give a f about trading cards,” the user said. “Humanity is being annihilated.”

Many noted that they were facing financial hardship that would make purchasing such an item nearly impossible.

“If the sale of Trump memorabilia is his big announcement, I am very disappointed in him,” another Truth Social user said. “He knows thousands of Americans are struggling financially during these tough times. Would he really intend to profit off of us? Selling hope like this?”

Others argued that the cards were a worthy cause given that they would fund Trump’s 2024 presidential run.

But a disclaimer on the website for the trading cards clearly states that the funds will not go towards the campaign.

The post ‘Time to go back to not caring’: Trump fans aghast his ‘major announcement’ was just an NFT collection appeared first on The Daily Dot.