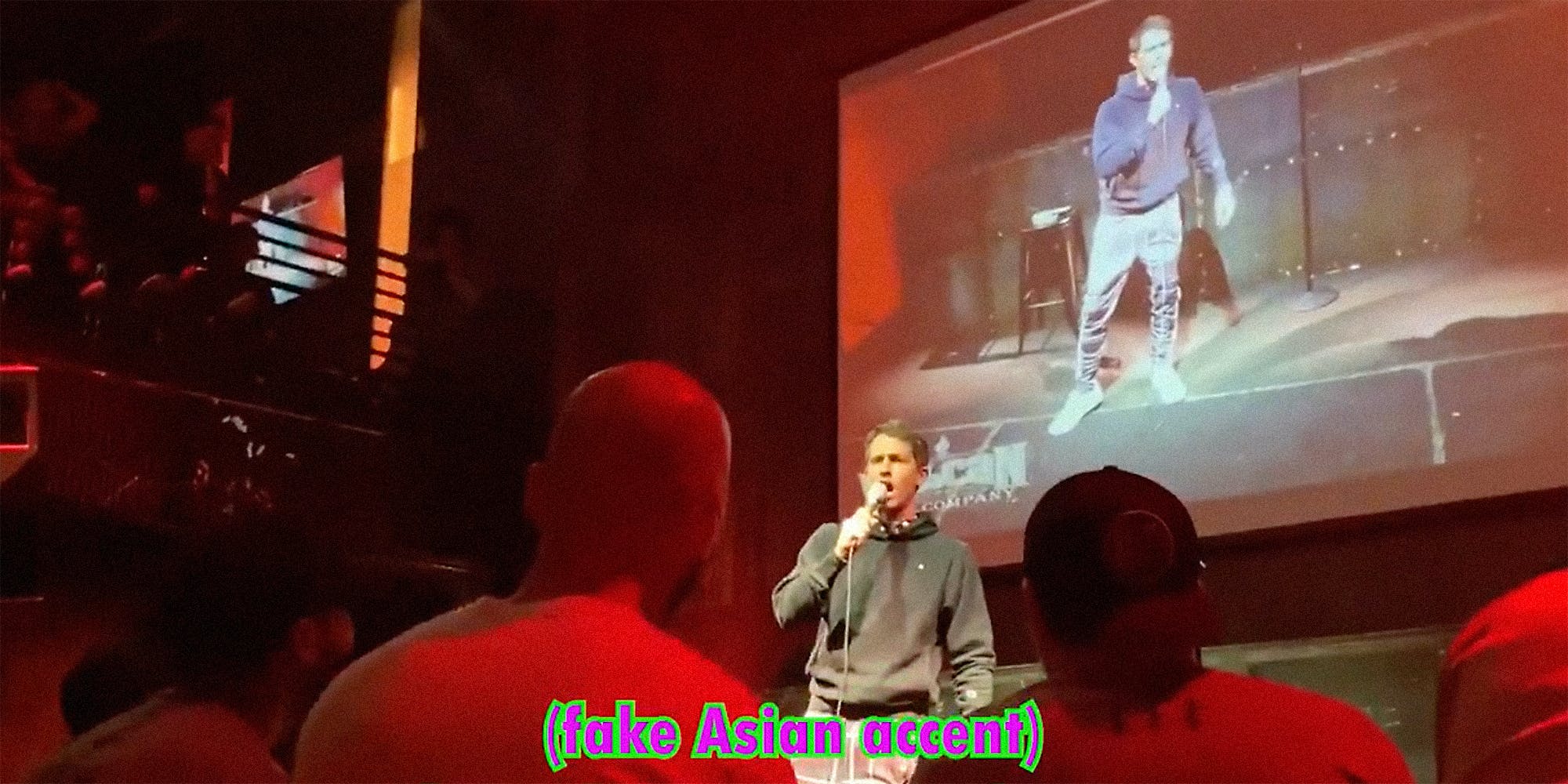 A clip of comic Tony Hinchcliffe using a racial slur to mock another comedian during a recent set in Austin, Texas has gone viral.

The clip, which is just over 30 seconds, was posted on Monday by Dallas comedian Peng Dang. The caption reads, “Last week in Austin, I got to bring up Tony Hinchcliffe. This is what he said. Happy Asian (AAPI) Heritage Month!”

We’ve reached out to Dang for comment on the clip, which now has more than 900,000 views. Commenters posted other portions of the set.

Hinchcliffe is the host of the popular podcast Kill Tony, and relocated the operation to Austin from Los Angeles last year. In recent episodes, fellow Austin transplant Joe Rogan has appeared on the show, which films at renowned music venue Antone’s. The gist is that open-mic comics get a minute to do material, and then Hinchcliffe and co-host Brian Redban “roast” them. Comedians get to roast Hinchcliffe as well, but the exchanges on the show are often misogynist, racist, or homophobic.

In a thread on the Kill Tony subreddit asking for “context,” a commenter said they were at the show that night and that Hinchcliffe did two more minutes of “Asian material” and “berated a woman for not laughing.”

While many Hinchcliffe defenders predictably fell back on “It’s just a joke,” comedians shared their own experiences with that kind of mindset. “I’ve been called wetback, spic, etc and I was always told to just take it,” said comic Cristela Alonzo.

In light of the surge in hate crimes against the Asian community, the clip was held up as one more example of what Asian comedians face on and off stage. “But even the most woke people see ‘Asian’ first and ‘comedian’ second,” said comic Robin Tran.

Hinchcliffe has not publicly responded, but he is apparently no longer performing at a scheduled Austin show with Rogan on Wednesday night. The Daily Dot has also reached out to Antone’s Nightclub for a comment.

The post Tony Hinchcliffe goes on racist rant after being introduced by Asian-American comedian appeared first on The Daily Dot.