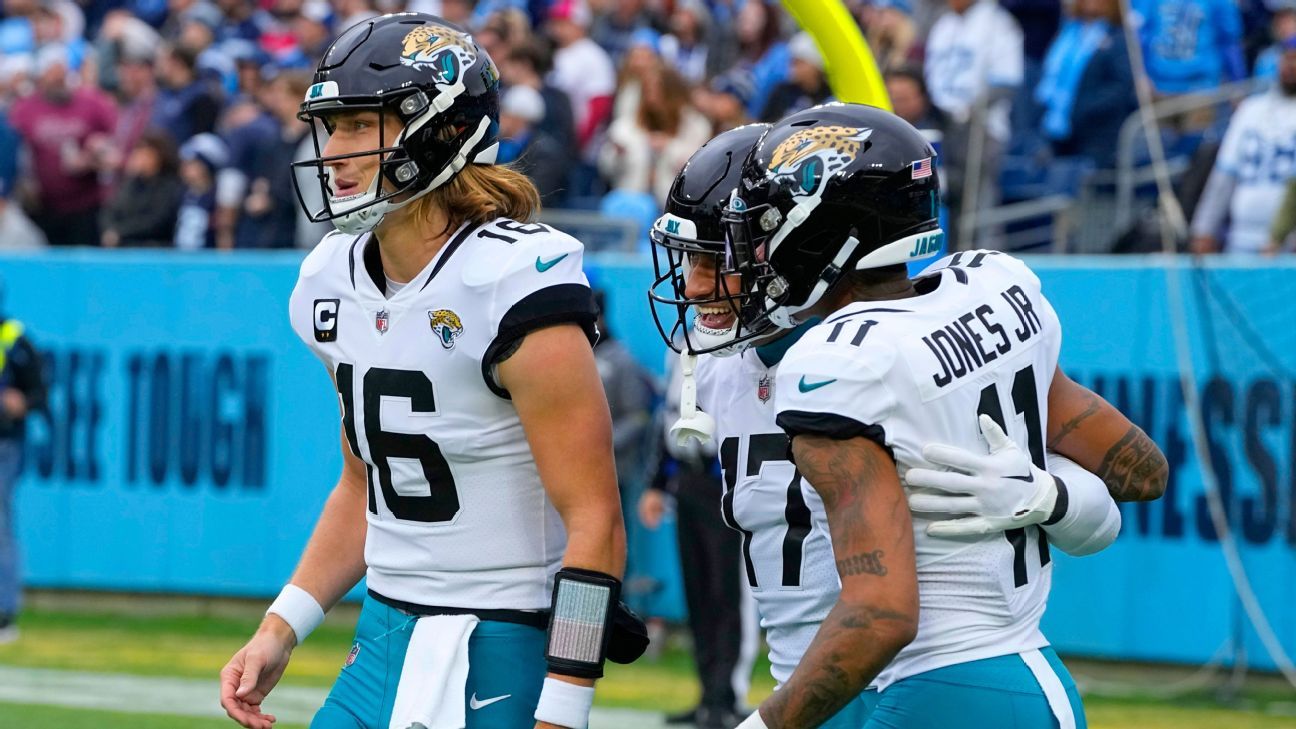 JACKSONVILLE — The Jacksonville Jaguars needed a big play to get back in the game against the Cowboys and Trevor Lawrence and Zay Jones delivered.

Lawrence rolled to his right, got away from Dallas defensive end Dante Fowler, and lofted the ball down the right sideline to Jones, who had gotten behind cornerback Kelvin Joseph, who is playing his second game as the starter since taking over for Anthony Brown, who suffered a torn Achilles vs. Indianapolis on Dec. 4.

Jones caught the ball in stride and then covered it up with both arms as Joseph tried to bring him down before falling across the goal line for the 59-yard TD.

Jones scored two other TDs in the game — one for 5 yards in the first half.

And another in the second half.