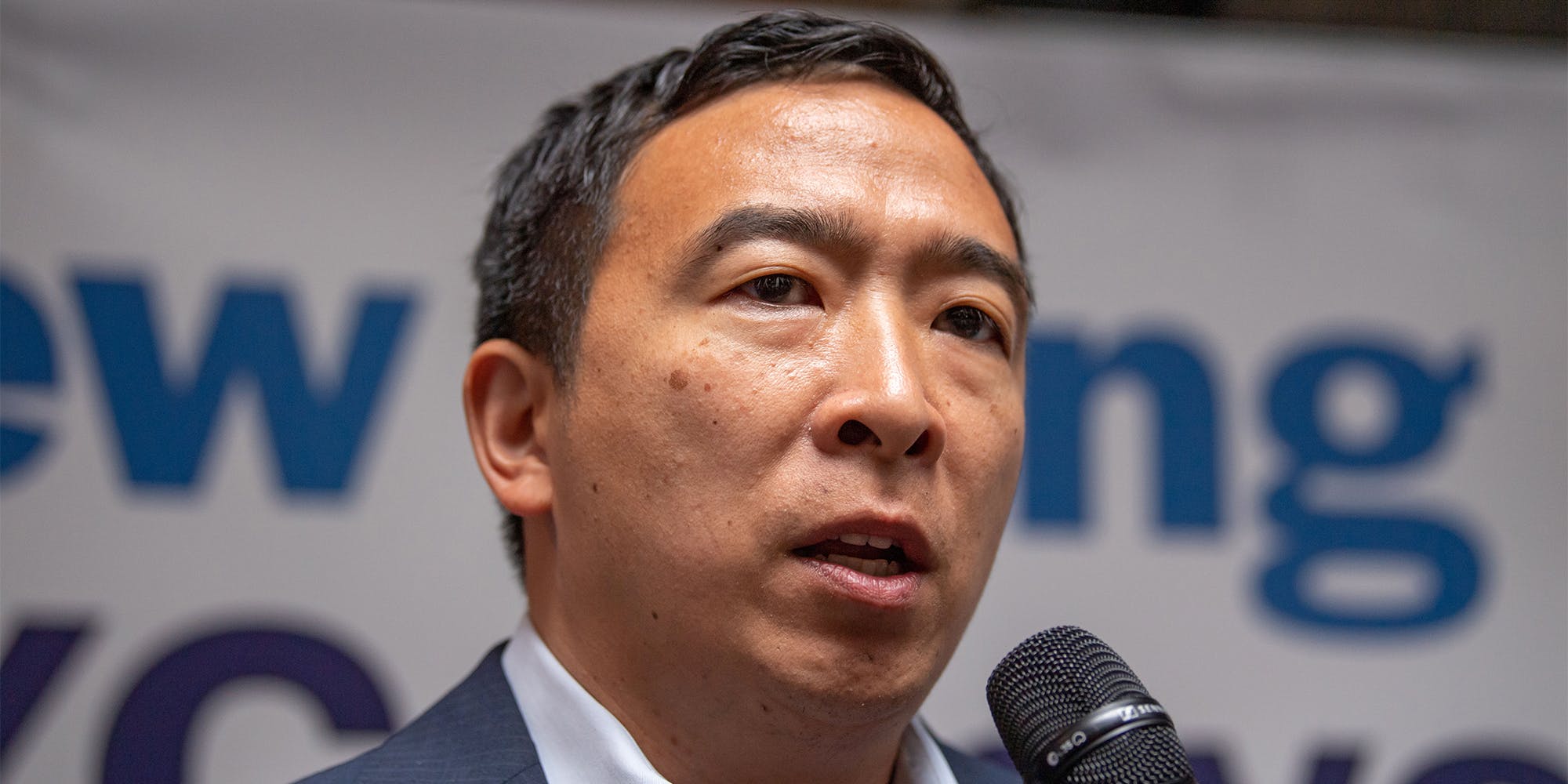 Andrew Yang is facing a new wave of criticism after remarks he made about violence and people with mental health conditions during a televised debate between New York City mayoral candidates on Wednesday.

The question posed to the candidates concerned the claim that there is “not a functioning mental health system in New York City” and asked about restructuring it, specifically regarding unhoused people and the recent uptick in seemingly random assaults throughout the city.

“Half of the attacks on Asian New Yorkers have been by the mentally ill. They’re walking around—they’re mentally ill—they see someone who’s different, and then they lash out,” Yang replied.

He suggested increasing the number of psychiatric beds available for involuntarily committing people and monitoring those in public housing to ensure they are taking their medication.

“Yes, mentally ill people have rights, but you know who else have rights? We do. The people and families of the city,” Yang continued. “We have the right to walk the street and not fear for our safety because a mentally ill person is going to lash out at us.”

His comments immediately drew ire from critics who feared he was further increasing the stigma against people with mental health conditions by both drawing an “us vs. them” line in the sand and broadly painting people suffering from mental conditions as violent.

Furthermore, as discussed by Jezebel’s Ashley Reese, Yang’s suggestion that New York needs to put more effort into committing people who aren’t specifically a danger to others or themselves against their will feels like a throwback to a time where involuntary commitment stripped those with mental conditions of their autonomy and “often preyed on women, Black people, the poor, and political activists.”

Yang later tried to paint his position as empathetic, saying New York needs to ensure the those with mental conditions don’t “languish on our streets.” He also claimed his response was specifically in regards to half of anti-Asian hate crimes allegedly being carried by them.

Critics hit back again by pointing out 11 of the 23 people arrested for anti-Asian hate crimes so far this year simply claimed to have mental health issues—something that has not been verified and is sometimes used as a tactic to get more lenient punishment for crimes or avoid it altogether.

The post ‘Trump did that to Mexicans, immigrants, and Muslims’: Yang implies people with mental health conditions aren’t New Yorkers appeared first on The Daily Dot.