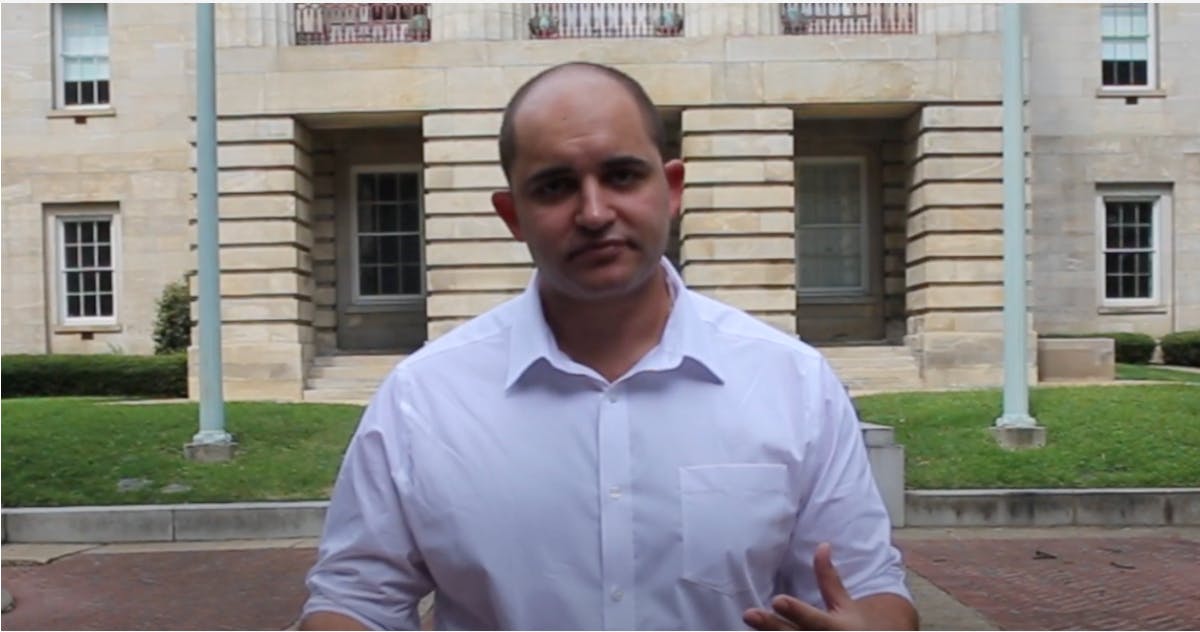 One outspoken Donald Trump supporter wrote on Monday in a blog post that he will not be getting the COVID-19 vaccine in an attempt to own the libs.

Peter D’Abrosca is a wannabe politician who has never claimed office, a supporter of former President Donald Trump, and now the latest anti-vaxxer. He wrote in an opinion piece for American Greatness, a conservative publication, that he will not get the COVID-19 vaccine solely to make liberals mad.

“So I have decided that because the vile political Left, which I despise in the abstract, wants me to take their coveted vaccine, I simply will not,” D’Abrosca wrote. “After the horrifying displeasure of meeting several of their militant COVID-19 restriction enforcers in person over the past year, I have become even more steadfast in my stance.”

In the post, he lists unlikely symptoms like blood clots and liberals’ “militant restrictions” as reasons for refusing the vaccine.

“I have decided not to take the vaccine, and my logic, as usual, is impeccable,” he tweeted.

Ironically, Trump takes ownership for the success of the vaccine in the United States and was inoculated himself in January, according to CNN.

D’Abrosca told The Daily Dot that “the publication of your article on my opinion piece on COVID serves as proof of the piece’s premise, and I hope you and your colleagues enjoy your time in Guantanamo Bay.”

“Peter D’Abrosca hates liberals so much that he’s willing to kill people (including family) by not getting vaccinated. Grow up,” one person tweeted.

“setting up google alerts for Peter D’Abrosca : COVID : Death Gonna get my giggles,” someone else added.

If you want to get a COVID-19 vaccine to protect yourself and others, visit the Center for Disease Control’s website.

The post Trump supporter says he won’t get the COVID vaccine to own the libs appeared first on The Daily Dot.