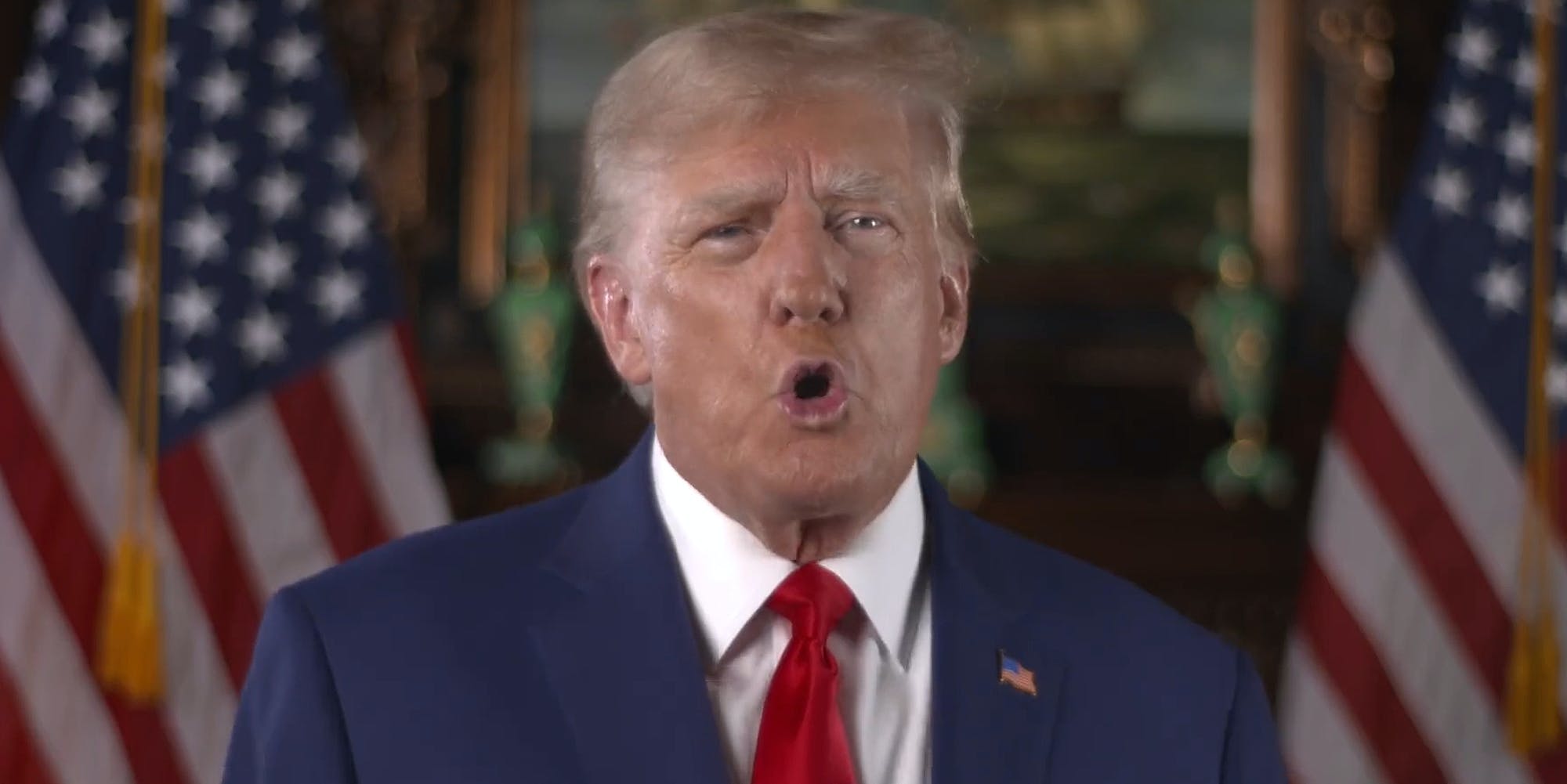 In a video Wednesday, former President Donald Trump said he wants to essentially abolish Section 230 if he wins the presidency in 2024.

In the video, published by far-right commentator Jack Posobiec on Twitter, Trump outlined his platform for the 2024 election, including his stance on Section 230.

If he took office he said, “I will ask Congress to send a bill to my desk revising Section 230 to get big online platforms out of censorship business. From now on digital platforms should only qualify for immunity under Section 230 if they meet high standards of neutrality, transparency, fairness, and non-discrimination.”

Section 230 of the Communications Decency Act shields tech companies from blame for harmful or hateful content published on their platforms, but the law has been under fire in recent years. In October, the Supreme Court agreed to take on a case challenging the immunity of platforms. In September, a group of tech leaders and experts met with President Joe Biden to discuss reforms to the law, and reforming or abolishing 230 was part of the Republican candidate’s platforms during the midterms last month.

Section 230 reform seems to be a bipartisan issue, but no work has been done on it yet, given the difficulty of reforming what has been a bedrock principle of the internet.

Trump’s 230 plans came as part of campaign promises about social media and censorship.

In the video, he says that he wants to “break up the entire toxic censorship industry that has arisen under the false guise of tackling mis- and disinformation” and that the federal government should stop funding nonprofits and academics that seek to battle disinformation.

Trump said his plan would reclaim the “right to free speech” for all of America and said he would disband and destroy “the censorship cartel.” He also said he would fire any government bureaucrat engaged in “domestic censorship” and investigate the “new online censorship regime.”

Trump previously pledged to reform Section 230 when he was president and didn’t accomplish it. But in the wake of his election loss—which a number of people blame on social media censorship—and after his bans on Facebook, Twitter (since reversed under Musk), and YouTube, he might act more aggressively if elected.

‘What do you expect playing COD on duty?’: Security guard fired on live stream after bragging about playing video games on the clock
‘Whose idea was this? It tastes horrible’: Customer slams Tim Hortons for serving hot coffee with cardboard lid
Advertisement