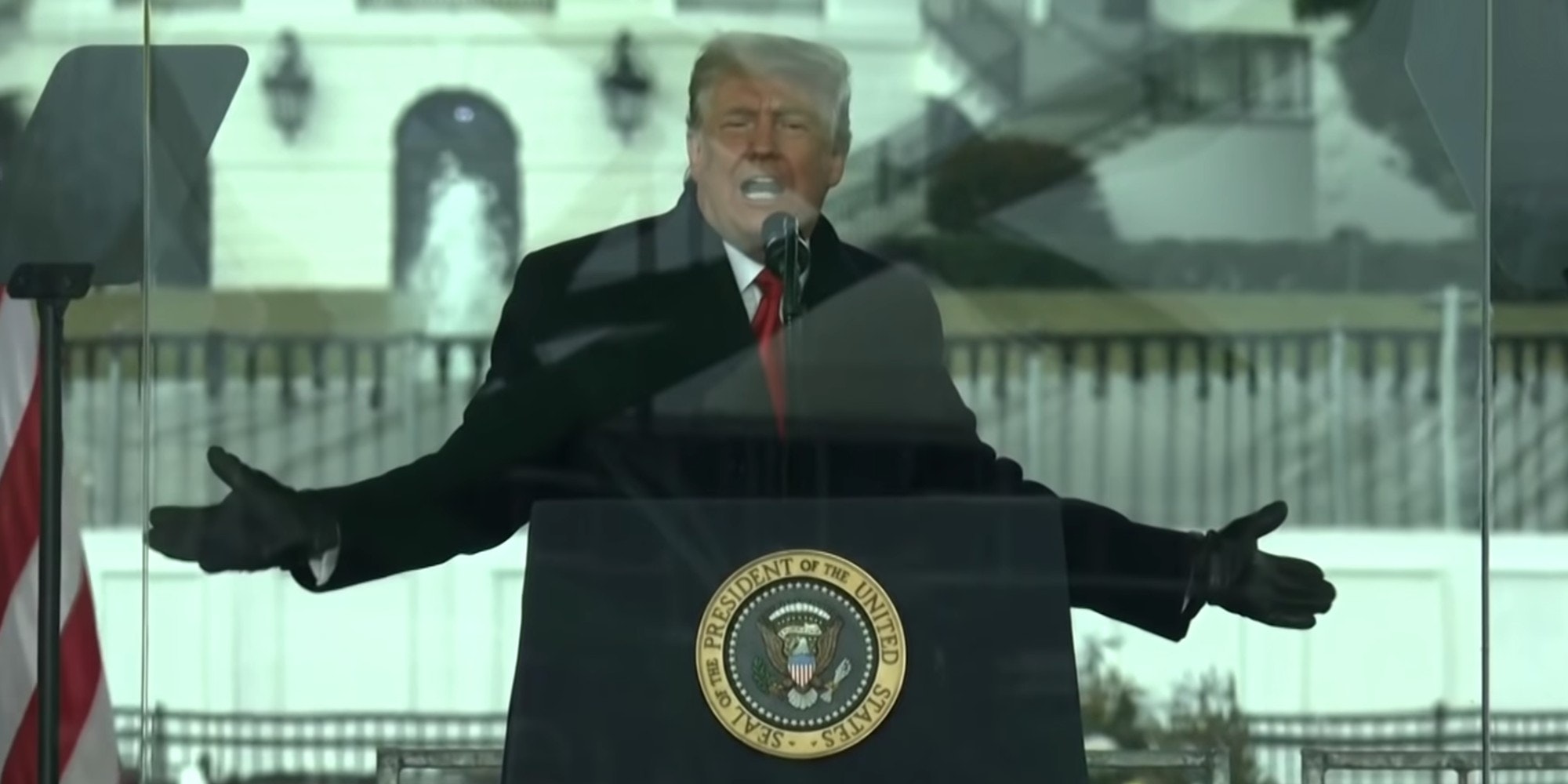 Lawyers for former President Donald Trump have cited an article from the Gateway Pundit as evidence that their client did not incite the insurrection at the Capitol last month. But there’s just one problem: The article, as with most from the far-right outlet, appears to be filled with falsehoods.

In an extensive legal brief related to the upcoming impeachment trial in the Senate, Trump’s attorneys have argued that not only did the rioters act on their own volition but that far-left activists instigated much of the violence.

In an article from Jan. 17, the Gateway Pundit claimed that “contrary to allegations leveled by the political left and their allies in the mainstream media, anti-Trump groups primarily perpetrated insurrection on the U.S. Capitol…”

The outlet points specifically to the alleged presence of Mike Dunn, a prominent member of the anti-government “boogaloo movement.” The Gateway Pundit frames the group as far-left given that some members have shown support for the Black Lives Matter movement. But the boogaloo movement, whose followers are best know for open-carrying firearms while sporting Hawaiian shirts, shares striking similarities with most far-right militia groups.

In social media posts listed by the Gateway Pundit, Dunn alleges that individuals associated with the boogaloo movement were involved in the Capitol riot. Yet Dunn himself does not appear to have been directly involved.

Even so, the talking point that the boogaloos were somehow the sole or primary instigators of the Capitol insurrection, as claimed by The Gateway Pundit, is false. In fact, prosecutors have instead referenced the Proud Boys, a far-right, pro-Trump group, as leading much of the charge.

But Dunn has since claimed that his remarks were purposely intended to fool the media into believing that he was directly involved in the insurrection. In a statement to independent journalist Ford Fischer, Dunn asserted that the former president’s defense team “just got played” for relying on the Gateway Pundit.

“A hoax on media has showcased Republicans ignorance and desire to shift blame and not accept responsibility for themselves,” Dunn wrote. “If me and my goons had been heavily involved in [the] Capitol Building breach, every one of us would be behind bars or dead. Congrats. Mr. Trumps [sic] defense team just got played.”

Although no evidence links Dunn directly to the Capitol, it remains unclear whether his statements are entirely true or merely an attempt to distance himself from the Capitol attack, which resulted in the death of five people. Either way, the Gateway Pundit spread an inaccurate narrative in a desperate attempt to portray the insurrection as a left-wing conspiracy.

And Trump’s lawyers jumped on it.