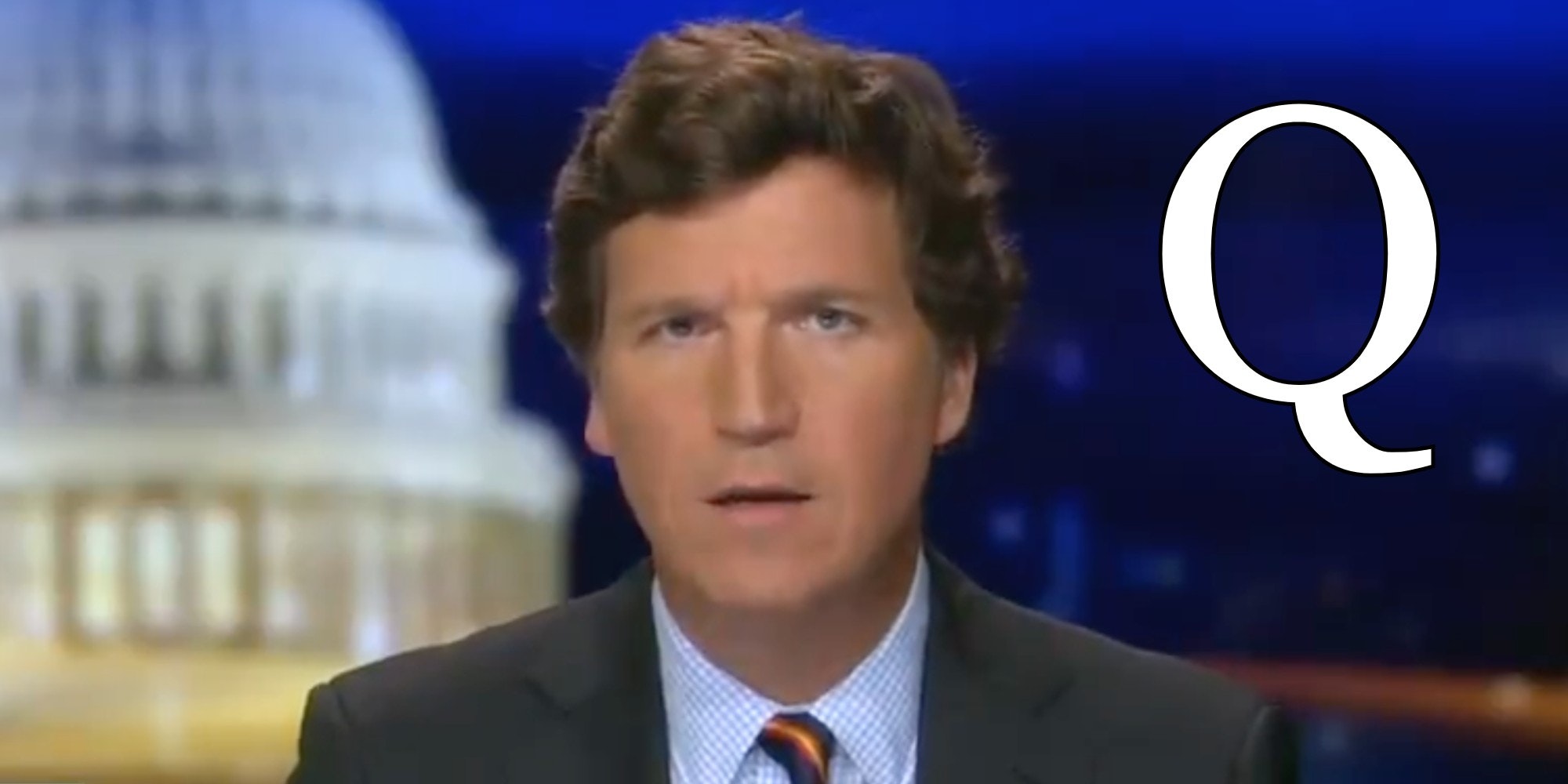 Fox News host Tucker Carlson has seemingly leapt to the defense of QAnon, the far-right conspiracy theory that helped fuel the violent riot in the nation’s capital this month.

During a segment on his primetime show Monday evening, Carlson pushed back on growing concern over the fringe movement by arguing that attempts to quell misinformation were tyrannical in nature.

As the Washington Post points out, the segment was in response to a bill from Rep. Stephanie Murphy (D-Fla.) that would prevent people who believe in QAnon conspiracy theory—like some members of Congress—from getting government security clearances.

While Carlson didn’t defend the long list of beliefs the conspiracy theory has, he did cast the concerns being broadcasted about the conspiracy as getting close to “tyranny.”

“There is a clear line between democracy and tyranny, between self-government and dictatorship and here is what that line is: That line is your conscience. They cannot cross that,” Carlson said.

He added: “But no democratic government can tell you what to think. Your mind belongs to you. It is yours and yours alone. Once politicians attempt to control what you believe, they are no longer politicians. They are by definition dictators.”

Followers of the conspiracy theory believe that a military intelligence asset known as “Q” is dropping clues online about former President Donald Trump’s fight against a global network of child-eating pedophiles.

Despite every prediction made by Q failing to materialize, including the original claim in 2017 that former Secretary of State Hillary Clinton would soon be arrested, believers in the cult-like movement remain convinced of its legitimacy.

QAnon followers, who were central in spreading the false claim that the 2020 presidential election was stolen from Trump, represented a significant portion of the insurrectionists at the Capitol. Numerous conspiracy theorists involved in the riot openly discussed assassinating politicians including former Vice President Mike Pence, who they believed had committed treason by not overturning the election.

Social media companies including Twitter and Facebook responded by banning tens of thousands of accounts linked to the conspiracy over concerns that further violence could take place.

Despite the fringe group’s history of violence, Republicans appear to be divided over whether QAnon followers should be welcomed in the party. While some such as Sen. Ben Sasse (R-Neb.) have warned that the party cannot survive if it allows conspiracy theorists to take over, others, including the Hawaii Republican Party, have praised QAnon believers.

Carlson is not the first Fox News employee to defend QAnon. Other hosts including Jesse Watters and Greg Gutfeld have likewise praised the outlandish conspiracy.