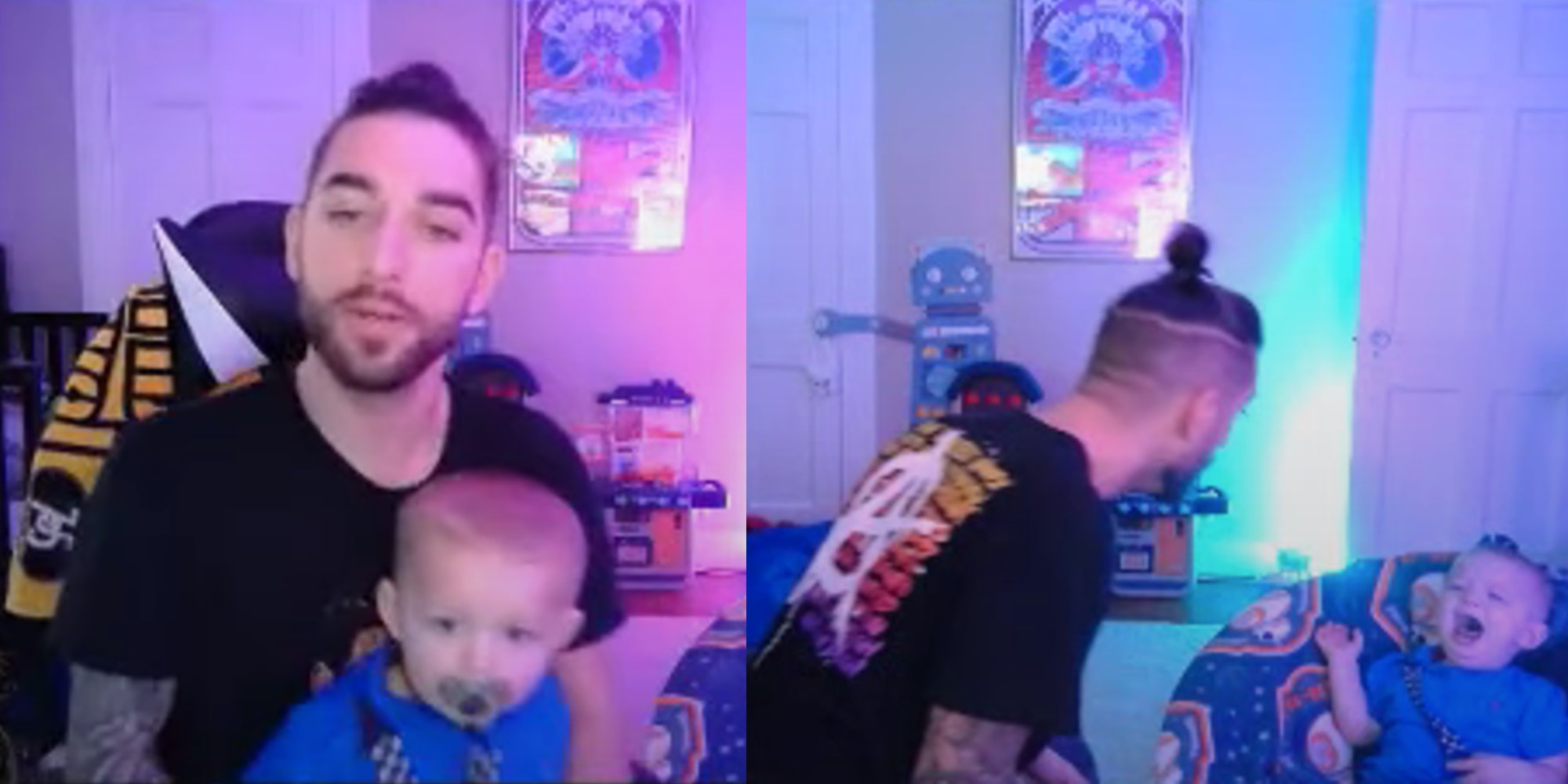 A Twitch streamer is facing serious backlash after he screamed at his baby in the middle of a gaming session.

Dad of the year was playing a game of Madden NFL when something appeared to go wrong with his controller. He screamed and slammed the controller against the table, despite being in the middle of a live stream and despite holding his young child in his lap.

The baby started to cry and rather than comfort him, the dad continued screaming about his game before slamming the kid in a chair and yelling at the baby to “shut the fuck up.”

A clip of the incident began circulating around social media, and people were livid at what they saw.

“I am so disgusted and sad by this, I can hardly stand it,” tweeted @h3h3productions. “I hope that dad takes this as a brutal wake up call and never ever does this again.”

Several users investigated and reported back that the streamer in question is allegedly a man by the name of Edward “Buck” Watkins, and he was known under the moniker “Buckkerz.”

However, he appears to have deleted most of his social media and renamed his clips in response to the backlash.

Several people said they contacted Child Protective Services (CPS) to report the clip, though it’s unclear if there has been any follow-up.

There was also an outcry to get his Twitch account banned.

At the moment, the altered channel with the name “imsorry1234556” people believe belongs to the father is still accessible, but has no videos available.