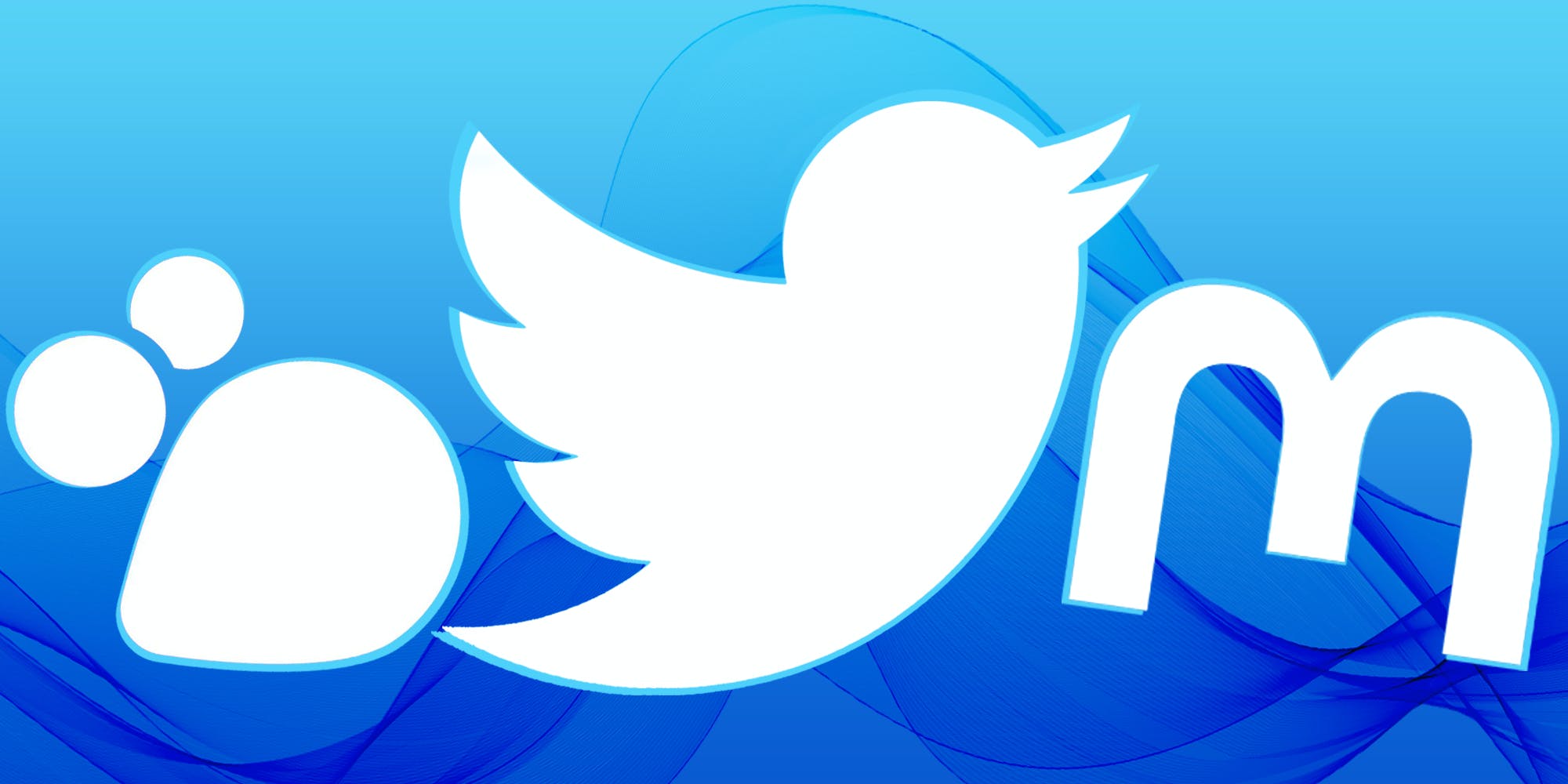 Elon Musk’s Twitter takeover in November 2022 brought along with it a lot of chaos. In a matter of days, many users, reporters, and former Twitter staff said Twitter was dying. Well-known creators like Hank Green and John Green announced their departures from the platform. Many creators began focusing their attention on other platforms or trying completely new ones that went viral amid the chaos—like Mastodon and Hive Social, the latter of which made headlines on Dec. 13, 2022, after disappearing from the app store only days after a controversy over potential security issues emerged.

While Twitter lives on—for now—what happened to contender platforms Hive Social and Mastodon that sprung up amid Twitter’s controversy, and what do creators need to know about these alternative social networks?

After Musk acquired and took over as chief executive of Twitter, many speculated that because of layoffs and resignations from fundamental teams on Twitter, the site would begin to break down and cease functioning. Others argued that due to mass controversies, like reinstating the accounts of banned figures like Ye, Donald Trump, and Andrew Tate, the platform would lose users and ad revenue. Many brands paused their Twitter ad campaigns during this time.

There was also the online catastrophe surrounding Twitter Blue, an $8-per-month subscription service brought on by Musk that includes access to verification checkmarks for non-authenticated paying subscribers. Prior to Musk’s takeover, blue verification checkmarks were only available to notable public figures, including popular creators and influencers, and required authentification of a person’s identity. Controversy struck when an impersonated account for pharmaceutical company Eli Lilly and Company, which tweeted insulin would be free from then on, ultimately led to the company’s stock falling 4.37%.  The impersonator purchased a Twitter Blue subscription for $8.

It looked like Twitter was reaching its final days. Celebrities, influencers, and creators announced their departures from the platform. One of the biggest names to announce their departure is singer Elton John, who announced on Dec. 9, 2022, he would be leaving the platform “given their recent change in policy which will allow misinformation to flourish unchecked.” Musk replied, saying he hoped the “Rocket Man” singer returned and asked, “Is there any misinformation in particular you’re concerned about?” He received no reply, at least publicly.

In early November 2022, users were flooded with alternative options to flock to in order to continue the creator experience Twitter is known for: short text posts, repost options, and social messaging systems. Names like Hive and Mastodon, which many people had never heard of before, began popping up as people fled to other sites in order to continue the social presence they found on Twitter.  But what are the pros and cons of those apps for content creators, and how have they held up since catching fire?

One of the most talked about alternatives is Hive Social, an app started in 2019 by college student Raluca Pop. Hive is like a blend of Instagram and Twitter, allowing users to create post pictures, videos, and text-only posts. The platform allows personalizations to one’s profile, such as adding music. The company takes pride in its implementation of a chronological feed, a criticism social media platforms such as Instagram faced after removing theirs. In addition, users can edit posts—an ability Twitter was criticized for not allowing users to do without paying for Twitter Blue.

Hive is ad-free. While this may be appealing to many users tired of being bombarded with ads or those interested in a purely chronological feed, it may spell monetization woes for creators. The app does not offer monetization options—like ad revenue sharing, creator funds, tipping mechanisms, memberships, or other digital goods—on the platform via in-app options or third-party integrations. This may be a major turnoff for creator career longevity on the platform, unless creators are willing to direct their followers off-platform for monetization options or Hive adds monetization capabilities as it grows.

SensorTower, a software company that tracks app store data, told Passionfruit that between Nov. 14 and Nov. 28, 2022, Hive saw more than 1 million worldwide installs. That’s more than 40 times the 26,000 it saw in the previous period of Oct. 30 to Nov. 13, 2022. According to Similarweb, the Hive website went from 4,100 visits in October 2022 to over 2.1 million visits in November 2022. This wave of new users to Hive meant their team was working around the clock to keep up with this new demand.

This isn’t the first time that Hive had to deal with an influx of users. Back in February 2021, a screenshot of Hive was shared on Twitter and went viral, especially amongst K-Pop fans. The viral tweet led to thousands of new users joining the app.

On Nov. 21, 2022, Google searches for “Hive Social” peaked, and the app became no. 1 under social networking in the United States on Apple’s App Store, according to Sensor Tower. Since then, Sensor Tower reported searches for the app decreased fairly consistently, with current search trends only reaching 5% of what they once were. In addition, between Dec. 5 to 8 in 2022, Hive saw 8,000 installs—half as many as it received in the prior period of Dec. 1 to Dec. 4. As of Dec. 6, Hive sits at no. 165 on the App Store’s charts for social networking.

On Dec. 1, 2022, Hive also faced a security issue which reportedly shut down their server. At the time of this article’s publication, the server is still down. On Nov. 30, German collective Zerforschung uploaded a blog post detailing multiple security issues it found within the app, including leaked private messages and user data. Since writing this piece, Hive was taken off the App Store on Dec. 13, and continues to remain off of it.

On Dec. 1, 2022, the Hive team tweeted: “The Hive team has become aware of security issues that affect the stability of our application and the safety of our users. Fixing these issues will require temporarily turning off our servers for a couple of days while we fix this for a better and safer experience.”

On Dec. 9, 2022, the Hive team gave another update via Twitter: “Our new beta is OUT and tested!  Security issues have been resolved and we have a few front end bugs left to work out, so we need just a few more days to make it perfect. After this, our servers will remain up and we will roll out weekly updates!”

Hive reportedly only has three workers on its team, according to Insider. While this outage is understandable for such a small team, it nevertheless caused dissatisfaction amongst some new users. Most reviews on the App Store cite the app’s potential but express some of their frustrations whilst using it, such as lagging. Users left suggestions of features they would like to see as part of Hive, such something similar to Twitter Circles, but many users simply wished for bugs to be fixed.

In addition, Hive has managed to welcome many Gen Z users, according to SimilarWeb, but it struggled to attract other demographics, which might weaken its chance to become a true competitor to Twitter, which brings in users across age ranges.

Another site that gained recognition amid Twitter’s November 2022 chaos was Mastodon, a platform created with open-source software—a decentralized model with source code developed as a free, public, and open collaboration.

Mastodon isn’t too unlike Twitter, with similar mechanics of following, messaging, hashtags, interacting with other user’s posts (although Mastodon has “stars” instead of likes), as well as the ability to reblog posts (called “boosts”). It also has a 500 character limit unlike Twitter’s current 280. However, much like Hive, Mastodon is also ad-free and does not offer monetization options on the platform.

A graph shared by MIT associate professor Esteban Moro on Nov. 8, 2022, showed Mastodon received 135,000 user signups in 24 hours. Moro’s graph also showed Mastodon’s growth across the year, in line with news about the Twitter purchase. Mastodon was first impacted by the Twitter buyout back in April 2022. The news of Elon Musk buying Twitter resulted in Mastodon reportedly growing by 30,000 users in a single day.

In a blog post written by Mastodon’s CEO and founder Eugen Rochko in Apr. 26, 2022, he spoke about why he started the platform back in 2016, saying, “One of the reasons I started looking into the decentralized social media space in 2016, which ultimately led me to go on to create Mastodon, were rumors that Twitter … might get sold to another controversial billionaire.”

On Nov. 7, 2022, Rochko shared Mastodon hit over 1 million active users. Overall in November 2022, the site hit 9.5 million website visitors, up from 1.4 million in October 2022, according to Similarweb. SensorTower told Passionfruit the period Mastodon benefitted the most from Twitter was actually earlier than Hive Social’s, with Mastodon seeing 1.7 million installs between Oct. 30 to Nov. 13 and 1.2 million between Nov. 14 to 28 in 2022.

These numbers dropped significantly with around only 37,000 installs between Dec. 5 to 8 in 2022. But overall, Mastodon has been pulling stronger numbers than Hive Social and has also been around for a significantly longer time.

But this doesn’t mean Mastodon is the perfect transition from Twitter, either. Many new users, unfamiliar with how open-source software works, reported struggling with using the platform, making it for many an unlikely long-term Twitter replacement. Creators complained about the platform’s search capabilities for finding other users and also expressed worries over the platform’s ability to keep up with content moderation.

Overall, it seems that it’s easier to say you’re leaving Twitter than to actually follow through. A new academic analysis in New Scientist found that out of 140,000 Twitter accounts that used hashtags such as “#RIPTwitter,” only 1.6% actually left the platform.

It’s hard to tell what will cause the majority of people to quit Twitter, and if it will ever happen. But alternative platforms such as Hive and Mastodon may be on their way to becoming viable and sustainable alternatives for many social media users. But right now, it seems that Twitter is reigning supreme with many users, perhaps begrudgingly, staying on the platform.

The post Twitter isn’t dead: What happened to platforms hailed as the alternative? appeared first on The Daily Dot.

‘The f**k don’t you understand?’: Call center worker fired after accidentally unmuting and talking sh*t about customer
‘The waxer tried to rip off my vagina’: Woman says she had to go to hospital after getting waxed at the European Wax Center
Advertisement