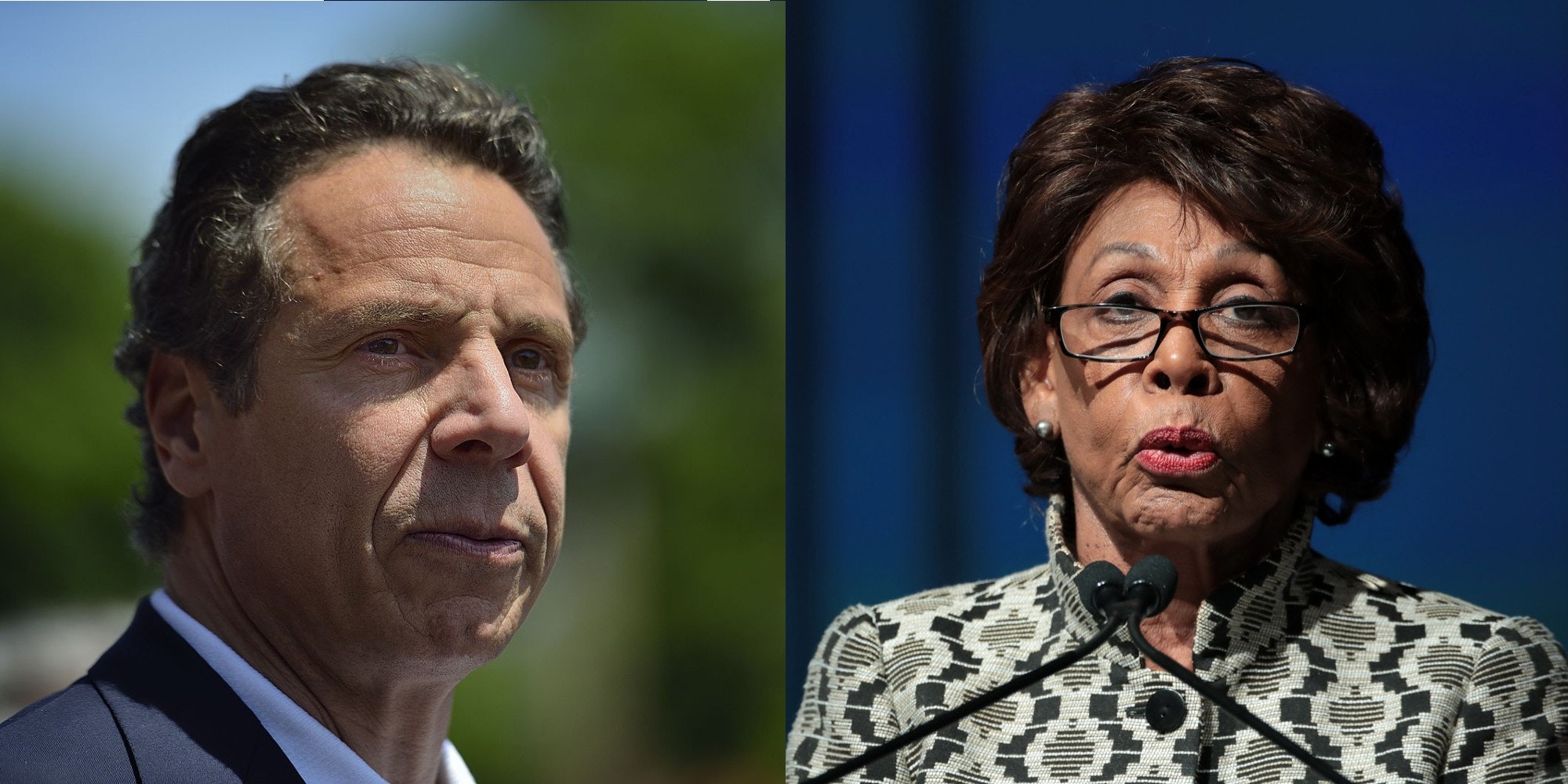 A Twitter user is trolling prominent Democrats by repurposing a controversial quote made several years ago by Rep. Maxine Waters (D-Calif.).

In 2018, Waters urged a group of supporters to confront members of then-President Donald Trump’s administration in remarks that conservatives argued were a call to violence.

“If you see anybody from that Cabinet in a restaurant, in a department store, at a gasoline station, you get out and you create a crowd and you push back on them!” Waters said. “And you tell them that they are not welcome, anymore, anywhere.”

Now, a Twitter account opposed to New York Gov. Andrew Cuomo has rehashed the quote in an apparent effort to gauge the reaction of Democrats.

“If you see anybody from the Cuomo Administration in a restaurant, in a department store, at a gasoline station, you get out and you create a crowd. And you push back on them. And you tell them they’re not welcome anymore, anywhere,” said the “Cuomo Watch” account.

And it appears the troll worked. Numerous left-wing politicians immediately weighed in, condemning the comment as an incitement to violence.

Carl E. Heastie, speaker of the New York State Assembly, was one of the first to push back on the account’s remarks.

“This is appalling and dangerous,” Heastie wrote. “Encouraging violence must never be tolerated. Shame on whoever is behind this kind of garbage.”

Unsurprisingly, conservatives piled into Heastie’s replies, accusing the politician of hypocrisy for condemning the quote only when it was aimed at members of his own party.

But Heastie wasn’t the only one to respond. Sen. Diane Savino (D-N.Y.) also issued a condemnation and warned that such comments are what led to the violent insurrection at the Capitol earlier in January.

“This is beyond outrageous,” Savino said. “Two weeks ago we saw what happened when arsonists throw gas around. Twitter should ban this dude now!”

As you’d expect, conservatives weren’t far behind. After being made aware that the quote had based off of comments from Waters, Savino seemingly attempted to shift gears.

“I see what they did, but, that was then and this is now, and 4 years of Trump has led to words becoming weapons,” Savino said. “We can’t just ignore them anymore, people take them as a call to violent actions.”

Savino’s comment, seen as an excuse by conservatives, was quickly ratioed with an influx of more than 1,000 replies.

Despite the obvious troll, Democratic politicians continued to take the bait. Gale A. Brewer, the current Borough President of the New York City borough of Manhattan, accused the Cuomo Watch account of being run by “radical extremists.”

“We will not tolerate threats against public officials by radical extremists in this city or state,” Brewer said. “There is no room for violence or targeting against anyone, especially public servants. Not after what happened in D.C. I will be alerting appropriate authorities.”

Again, Twitter users were quick to call out the politician.

“I think he [sic] exactly quoting Maxine Waters, and just switched names,” @DeWolfap. “It appears the point being made, that there’s two standards, was just proven again.”

The comment made by Cuomo Watch has continued to spread online even two days later as the number of Democrats to speak out grows.

“This is encouraging violence against public officials – plain & simple,” said New York’s Lieutenant Governor Kathy Hochul. “Absolutely disgusting. No tolerance for this. Haven’t we learned the lessons from Washington D.C. just weeks ago?”

“There are plenty of strong opinions and online angst these days, but there is no place for inciting violence or threatening people. This tweet should be removed ASAP. Full stop,” City Council member Keith Powers said.

If anything, especially in light of ongoing attempts to downplay violence at the Capitol by Republican politicians, the troll goes to show how both parties are endlessly guilty of hypocrisy.