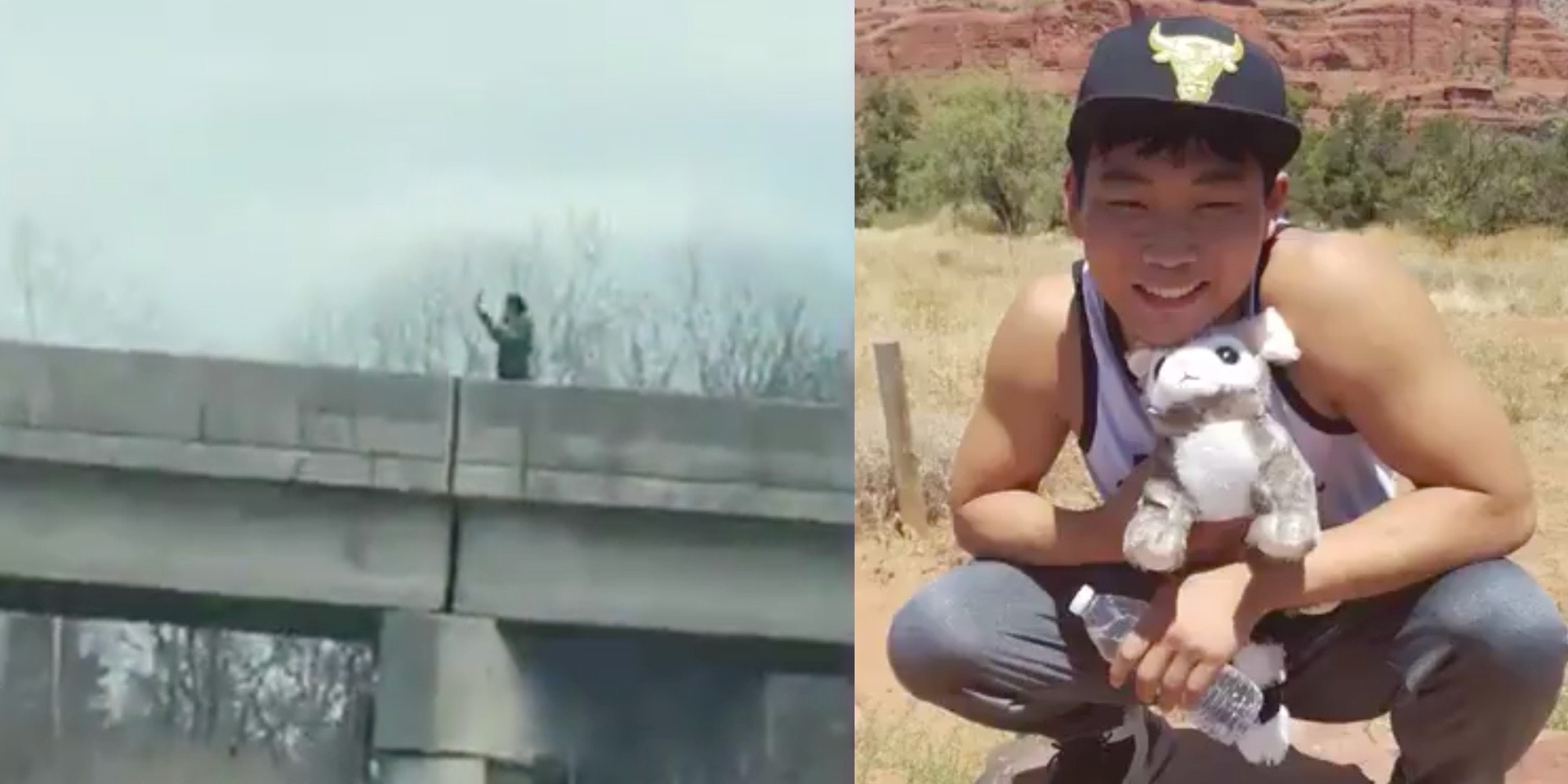 The video was taken by passers-by who recorded the killing on Dec. 30 from inside their car. The clip begins with the camera zooming in on Hall, who is seen with his hands raised, backing away from something not seen in the frame.

“Did they just shoot?” someone asks behind the camera.

There are five shots before Hall collapses and can’t be seen any longer. “Oh my god! Oh my god!” two people inside the car yell.

Two men, since identified as Pennsylvania State Police troopers approach Hall from a few feet away with their guns directed at him.

On Tuesday, civil rights attorney Ben Crump tweeted the video alongside a photo of Hall with a stuffed toy. Crump said that Hall needed help during a mental health crisis when the police arrived and shot him.

After Crump posted the tweet, many people used the #JusticeForChristian hashtag to express their rage.

Corporal Brent Miller of the Pennsylvania State Police shared a statement about the incident with the Daily Dot on Wednesday. The same statement was posted on the Twitter account of Trooper Peters Petroski from Monroe County, Pennsylvania, on the day of the incident.

The statement says that Hall was suicidal and standing on the bridge when the cops were called. Hall had a firearm, according to the statement, although it wasn’t clear from the video. The statement said Hall complied with the officers’ orders and put his firearm on the ground.

As negotiation continued between the troopers and Hall, he at one point, “became uncooperative and retrieved the firearm and began walking towards the Troopers,” the statement said. In the video, Hall’s hands appear to be up when he’s shot.

People compared Hall’s death to Dylann Roof, who was allegedly offered food from Burger King by police after he shot and killed nine Black people at a church in Charleston, South Carolina.

Miller said the troopers involved were recently placed back on duty and that the Monroe County District Attorney’s Office and the Pennsylvania State Police are currently investigating the incident. It’s not clear what kind of leave the troopers were initially placed on, and the Daily Dot will update the report if the Miller responds with further clarification.