‘U were late and then you asked the staff to switch you tables and then u spilled a drink?’: TikToker says Bumble date accused her of ‘causing a scene,’ sparking debate – Nogagames 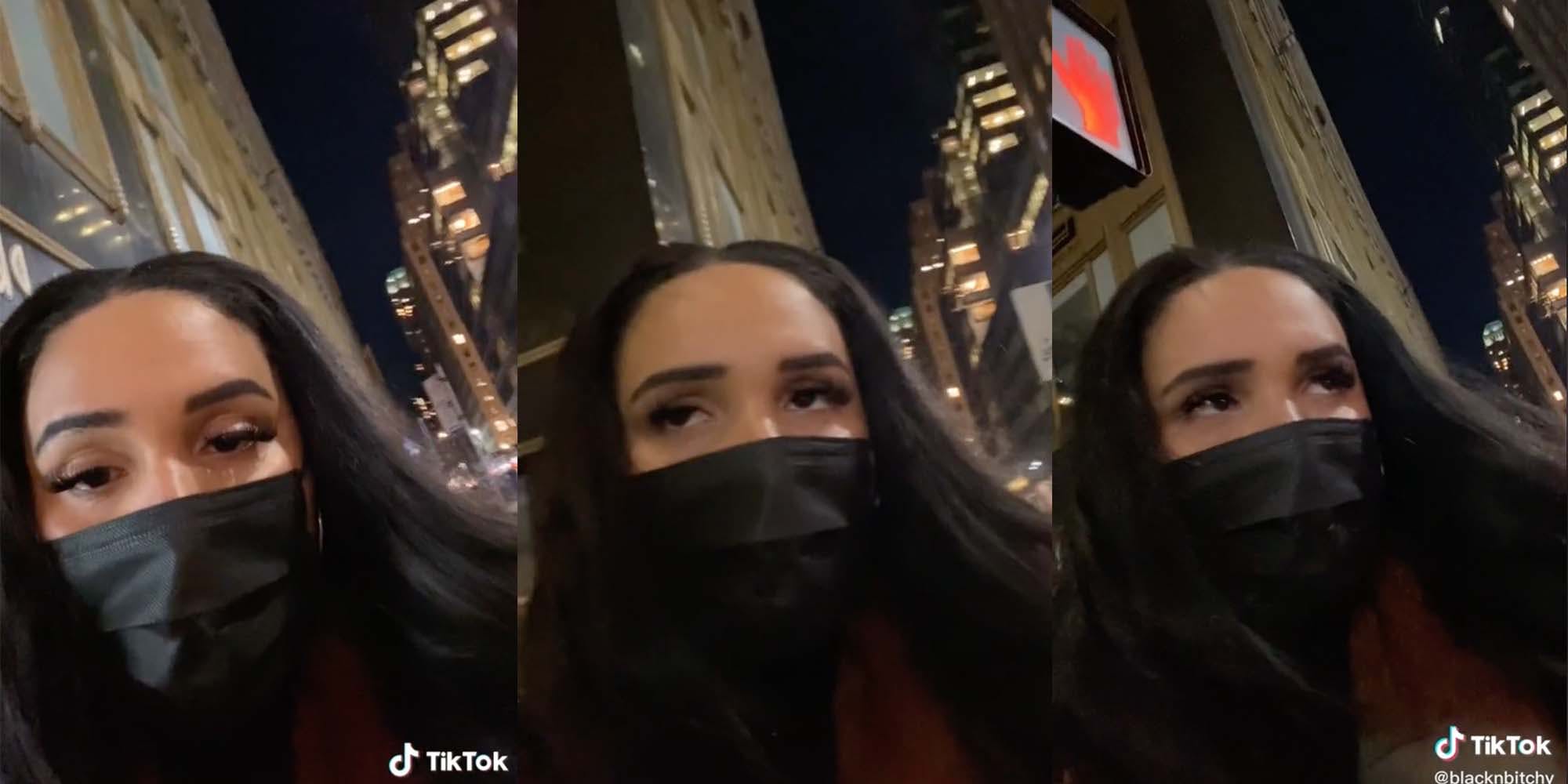 In a viral TikTok posted on Dec. 12, Ray (@blacknbitchy) told the story of her first date with a man she met on Bumble, leading to a debate of whether or not she should be blamed for ruining the date.

Ray said she showed up to the date “a little bit late” and then asked to be moved to a booth table because of back issues that were caused by a car accident. When sliding into the booth, she accidentally tipped over a glass of water with her coat.

“I don’t love when people cause scenes,” she said her date told her after the water spilled.

“Cause a scene? I spilled a glass of water,” she said in her TikTok. Ray left the restaurant shortly after her date’s comment.

The TikTok received over 113,000 likes and was viewed 910,000 times. And commenters were staunchly divided about Ray and her date’s behaviors. The TikToker made 25 videos responding to comments.

In her follow-up TikToks, Ray revealed that the man is 38, and she is 24. She says she did not “make a big deal” about switching tables, her date knew about her health issues, she was 20 minutes late, and that after the date, she took herself out to dinner. She also said that the man unmatched her on Bumble after the date.

Most of the comments she replied to were in support of how her date acted or asked for more information about the situation.

“U were late and then you asked the staff to switch you tables & then u spilled a drink?” user @vegan_batgirl wrote. “Well that’s 3 annoying strikes within the first 10 minutes.” In response to the remark about switching tables, Ray said she has a handicapped license plate and placard.

“I’d be hella annoyed,” @leddleleddledee wrote about Ray asking to be seated at a booth. The TikToker called the comment “immature.”

“Texting while you’re running late does not negate you being late,” @cleavlandparksquirrel commented. “I’d rather you be on time then get minute by minute updates about your arrival.”

Other commenters agreed with how Ray interpreted the situation.

“For everyone making excuses,” commented @therealashleybga, “Regardless of being late or asking to move—no reason he should act like that in any situation.”

“His response to glass of water spilling is [a red flag],” @aletoledo066 wrote.

“Don’t let these fools gaslight you,” @whitneymadueke wrote of the other commenters. “He may have been annoyed but his use of words & inability to have compassion/grace is [a red flag]… not worth it!

The Daily Dot has reached out to Ray via TikTok comment.

The post ‘U were late and then you asked the staff to switch you tables and then u spilled a drink?’: TikToker says Bumble date accused her of ‘causing a scene,’ sparking debate appeared first on The Daily Dot.

‘We close at 4:00 am, and it was 4:03’: Customer refused service after Taco Bell closes, calls to complain in viral TikTok
‘I do feel sorry for you guys who are stuck here’: TikToker says co-worker quit during Zoom meeting
Advertisement