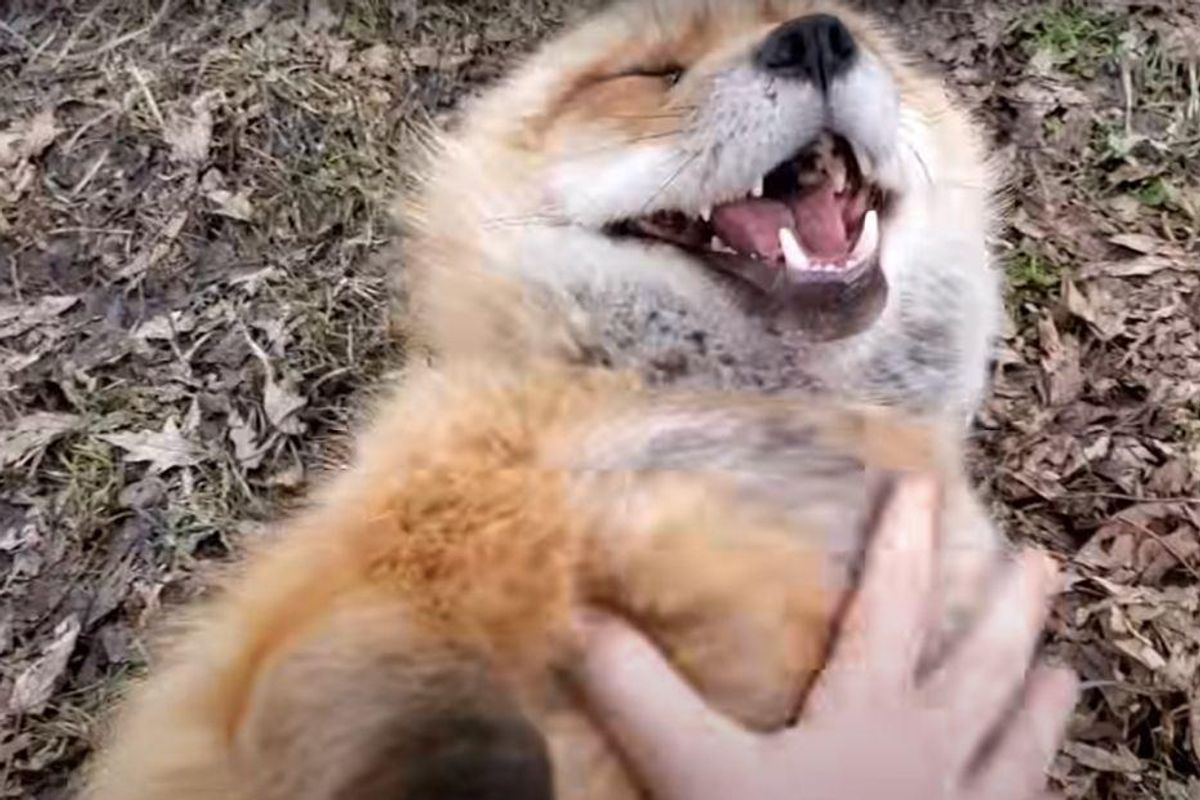 Laughter is one of the most natural impulses in humans. Most babies start to laugh out loud at around 3 to 4 months, far earlier than they are able to speak or walk. Expressing enjoyment or delight comes naturally to us, but we’re not the only creatures who communicate with giggles.

Researchers at UCLA have identified 65 species of animals who make “play vocalizations,” or what we would consider laughter. Some of those vocalizations were already well documented—we’ve known for a while that apes and rats laugh—but others may come as a surprise. Along with a long list of primate species, domestic cows and dogs, foxes, seals, mongooses and three bird species are prone to laughter as well. (Many bird species can mimic human laughter, but that’s not the same as making their own play vocalizations.)

Primatologist and UCLA anthropology graduate student Sasha Winkler and UCLA professor of communication Greg Bryant shared their findings in an article in the journal Bioacoustics.

The authors explored various play vocalization sounds, recording them as noisy or tonal, loud or quiet, high- or low-pitched, short or long, a single call or rhythmic pattern.

But really, what we want to see is what animal laughter sounds like from various species, right? While the researchers said that it can be hard to document laughter in the wild, especially among animals with quieter vocalizations, we do have some examples captured on video.

Or maybe little kids on helium. How fun is that?

Ever seen a bonobo chimp laugh? Just as cute.

I’m not sure if tickling a baby bonobo is sweet or torturous, though these researchers surely know what they’re doing. It’s always delightful to see the instinctual playfulness of primates.

Laughter in some animals isn’t as audibly apparent as it is in these foxes and chimps, though. Researchers from Humboldt University of Berlin found that rats laugh when they are tickled—and appear to enjoy tickling, as they seek it out—but their vocalizations are ultrasonic, so it’s hard to hear them without special instruments.

The UCLA researchers shared that the study of laughter in animals can help us better understand our own evolutionary behavior.

“This work lays out nicely how a phenomenon once thought to be particularly human turns out to be closely tied to behavior shared with species separated from humans by tens of millions of years,” Bryant said, according to UCLA.

“When we laugh, we are often providing information to others that we are having fun and also inviting others to join,” Winkler said. “Some scholars have suggested that this kind of vocal behavior is shared across many animals who play, and as such, laughter is our human version of an evolutionarily old vocal play signal.”

Raise your hand if you just want to see a cow laughing for real now.