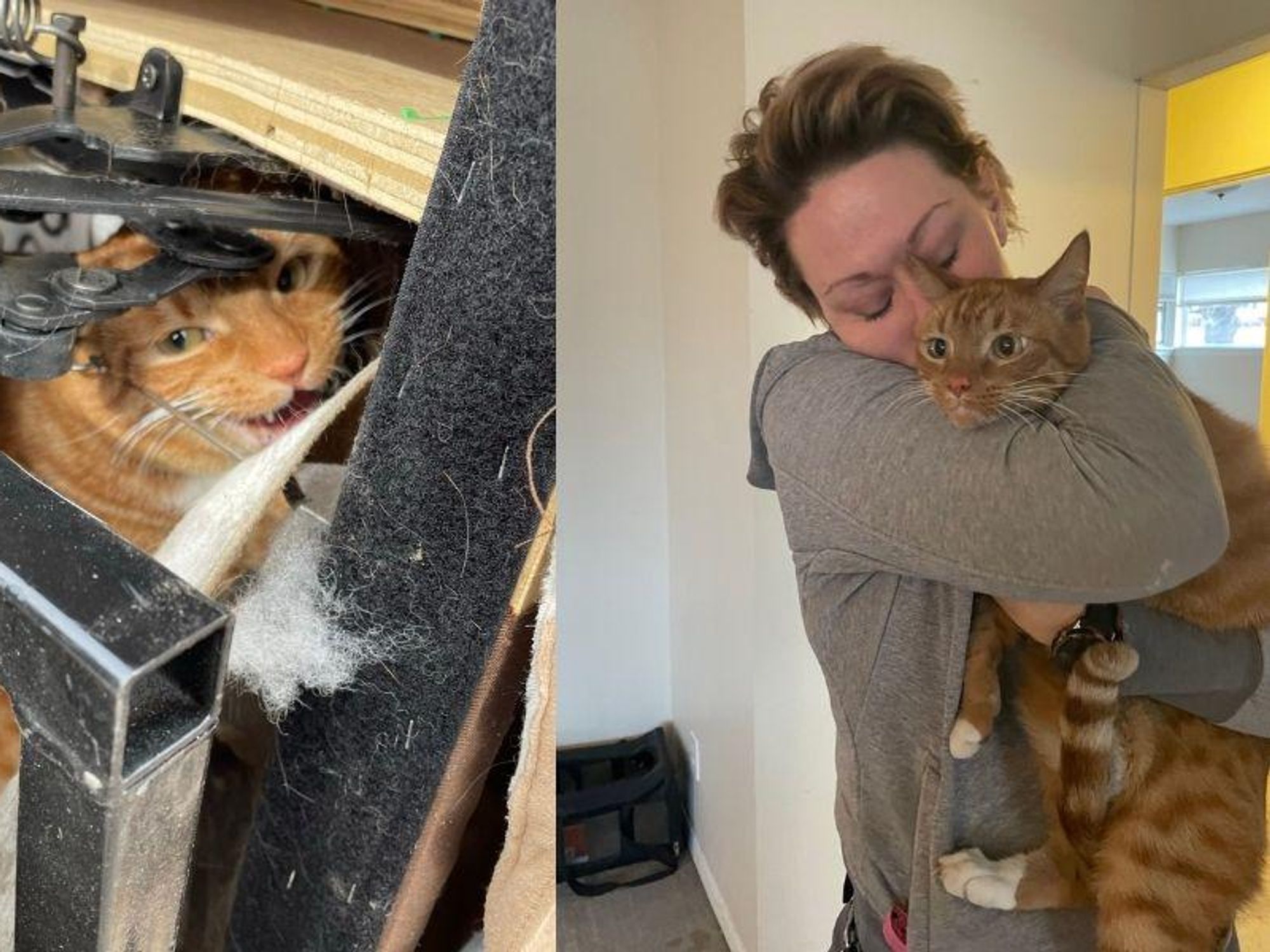 Imagine rummaging through secondhand finds in your local thrift store, only to find that some items include a bonus feline at no extra charge.

Montequlla the orange tabby had somehow not gotten the memo that he and his family were moving. As they dropped off furniture, including a big recliner chair, to the Denver Arc Thrift Store on New Year’s Eve, they had no idea that poor little Montequlla was tucked away inside.

Luckily, the staff began to notice the chair meowing.

Though the family had already left, the store called Denver Animal Protection to make a report.

Jenna Humphreys, the DAP officer who responded to the call, told the Denver Channel:

“Sure enough, there’s a recliner out front, and there’s a little orange tabby stuck inside. Very friendly, couldn’t get out. They said that they had noticed the meowing shortly after somebody had dropped it off.”

Officer Humphreys scanned Montequlla’s microchip and tried to call his owners, to no avail. According to the Denver Animal Shelter, the microchip had not been updated.

A friendly reminder to keep your microchips updated, pet owners!

Meanwhile, Montequlla’s family were back home, frantically searching for their beloved pet. When they eventually realized he might have accidentally become a furniture stowaway, they immediately called the thrift store.

The stress of moving can often cause cats to hide. They are notoriously averse to change and try their best to escape the chaos in favor of something familiar. Fortunately there are ways to help soothe your anxious kitty into the unknown.

While we’re on the subject, recliners can pose a huge risk to cats. There are several horror stories out there, and I won’t punish our readers by going into detail. But suffice it to say, you should always check underneath a chair to avoid serious injury.

But this story does have a happy ending, as Montequlla is very much unharmed and back safely in the arms of his owners, who are “relieved” to be reunited with their furry adventurer, according to Humphreys.

Judging from the look on his face in this photo, this cat will not forget his trip anytime soon.