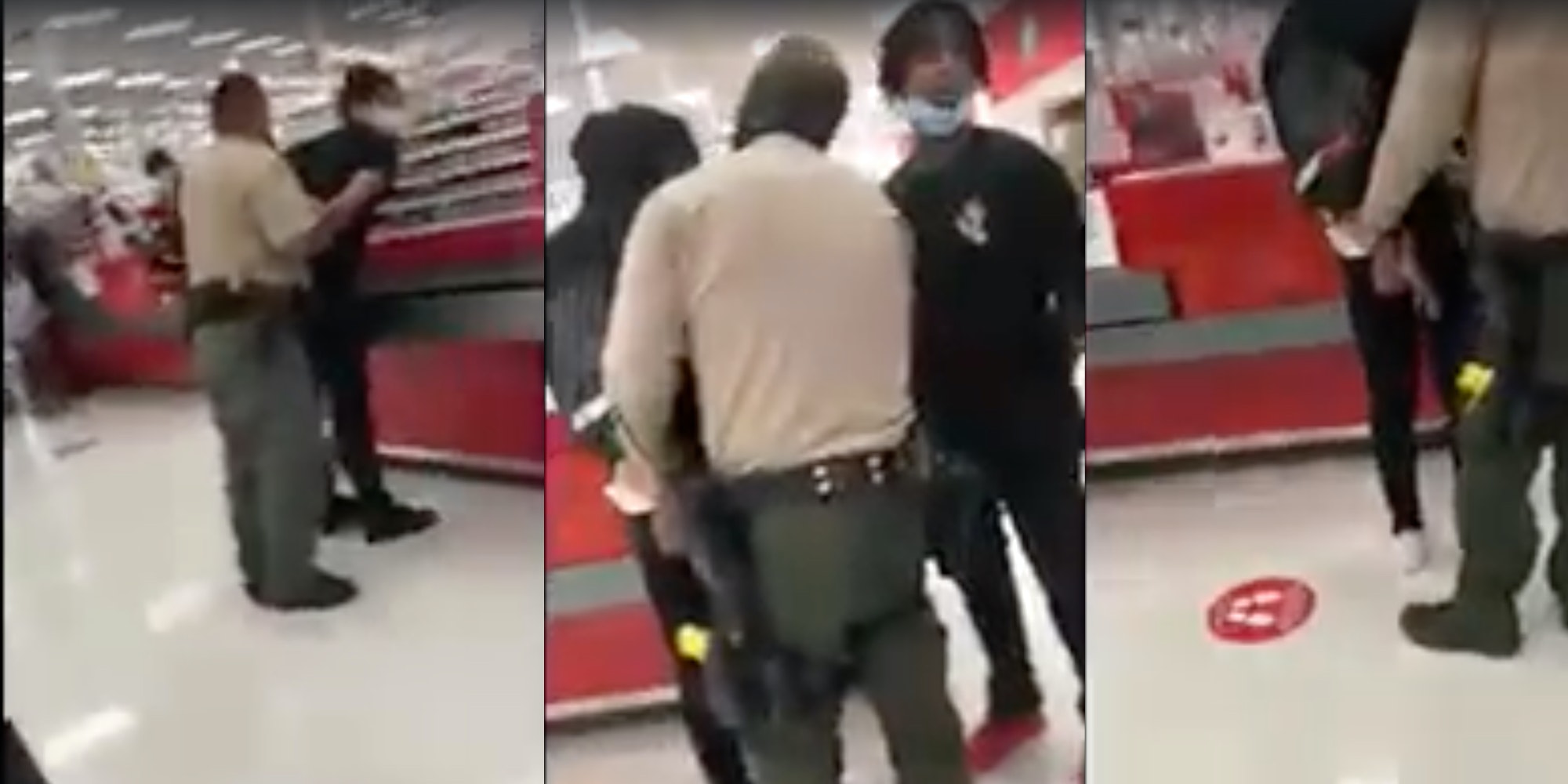 Cellphone footage of three Black teenagers—ages 16 and 17—getting detained inside of a Target has gone viral and prompted an apology from the retail giant.

The video—recorded inside of a Westlake Village Target in Los Angeles—shows police officers holding the teens’ arms behind their backs and pushing them against a checkout counter.

One of the teens, 17-year-old Malik Aaron, told CBSN Los Angeles he and his friends were at Target to buy snacks. Once inside, they say they saw another group of Black men stealing iPhones and then running out of the store. That’s when they claim a Target staffer began following them.

Aaron says the Target employee said the teens were not allowed to simply walk around the store. But as Aaron and his friends tried to leave, they saw Target employees had blocked the exit with shopping carts.

That’s when the teens say deputies arrived, and one of their friends began recording the incident. They got escorted out of the store in handcuffs.

“He threw me in the cop car and told me to shut the eff up and slammed the door on my feet,” Aaron told CBSN Los Angeles of the police deputy.

No arrests were made, and the teens were later released. A Target spokesperson apologized for the incident after the cellphone video was posted to Facebook. Target also claimed to have terminated the team member involved.

“We want all Target guests to feel welcome and respected whenever they shop in our stores. We’re deeply sorry for what happened and we’ve terminated the security team member who was involved,” it said. “Additionally, all leaders at the store will retake mandatory security and racial bias training. Finally, and most importantly, we’re reaching out to all of the guests who were involved to offer a personal apology.”

The Los Angeles County Sheriff’s Department said it is aware of the incident, but would not comment further, according to CBSN Los Angeles.

The attorney for the teens’ families reportedly said she would be filing a lawsuit alleging civil rights violations.

The post Video: 3 Black teens wrongly detained at Target while trying to buy snacks appeared first on The Daily Dot.