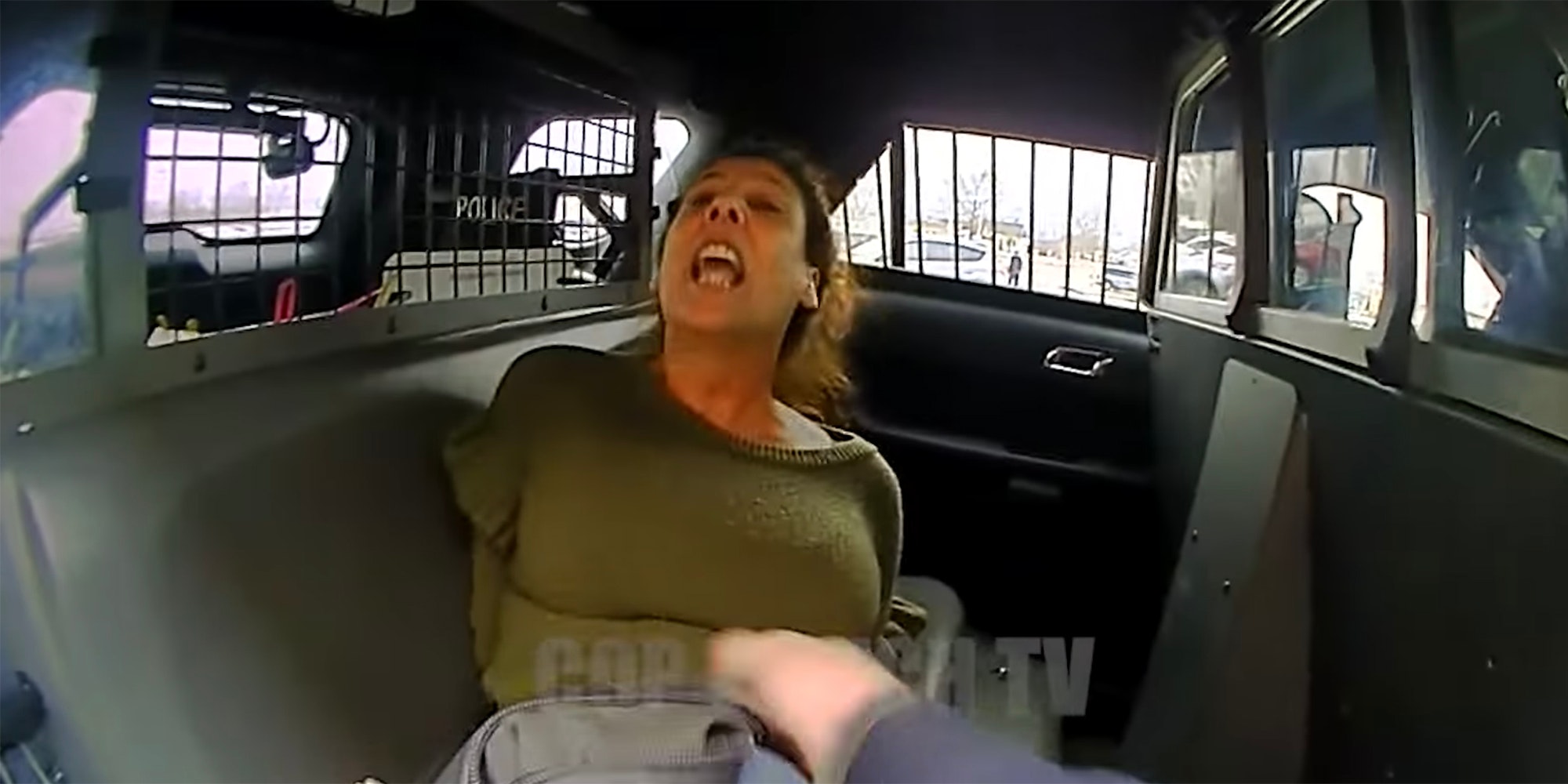 An anti-masker wound up in handcuffs after refusing to leave a grocery store and arguing with police over mask requirements.

A body camera captured footage of the altercation in January in Brook Park, Ohio, that was later shared on YouTube. The video starts with two police officers entering the store and going to the end of a checkout aisle where a maskless woman, later identified as Karen Turner, is waiting.

Turner immediately pulls out her phone to the police and demands to know whether “federal law” requires her to wear a mask. One officer tries to explain that wearing a mask is a state mandate and that just because something isn’t a federal law doesn’t mean it can be ignored.

“They don’t have to provide you service,” the officer says of the grocery store.

“Do they serve the public? Do I pose any threat, medically or physically?” Turner asks.

“A business can refuse your service… for any reason they want,” the officer replies.

At that point, the police ask Turner for her ID. She refuses, prompting her arrest. She resists and continues arguing with the police as they escort her out of the store. “I can’t wait to sue your ass,” she repeats several times, laughing.

Once she’s placed in the police car, an officer attempts to remove Turner’s purse from around her body, at which point she starts screaming about an “illegal search.” “You can’t have your purse on you in the backseat here,” one officer says. “We told you that.”

The officers eventually shut the door on Turner as she demands her cellphone be returned to her in the back of the police car.

YouTube commenters argued about the legality of Turner’s arrest. Several people tried to explain, as employees and police done repeatedly throughout the coronavirus, that stores have the right to refuse service to anyone.

“The cops didn’t arrest her because she wasn’t wearing a mask. They arrested her because the store told her to leave and she said no,” Jadell Jack wrote on YouTube. “Nobody cares whether she feels like wearing a mask or not but it does matter when you’re told to leave a store and you choose not to.”

Others focused on the absurd interactions throughout. One viewer joked they would “take a shot for every time I heard ‘cellphone’ but can’t pour that fast.”

The common sentiment was that this is peak “Karen”: a woman refused to follow the rules and went out of her way to try to get everyone else in trouble when she was clearly causing the issue. And in this case, her name is actually Karen.

“A Karen named Karen! You can’t make this shit up!” one viewer wrote.

“Xanax and white wine in the middle of the day,” another said. “Karen challenge unlocked.”

According to the video description, Turner was eventually charged with “resisting an officer, failure to disclose personal information, and trespassing.”