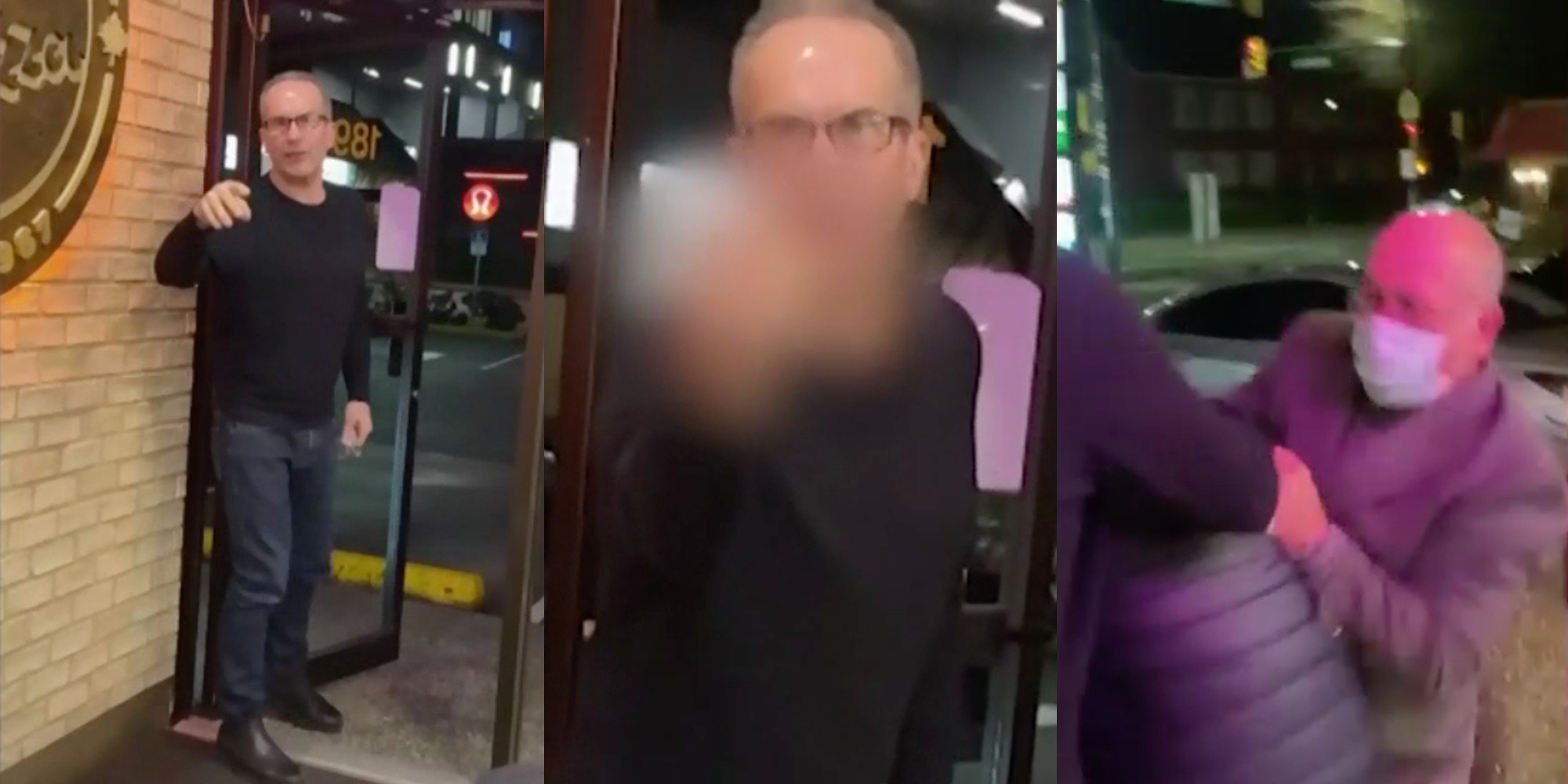 Two anti-maskers harassed pizzeria employees and attacked a random teenager in Vancouver after they were denied service for refusing to wear a mask.

A video, reported on by CTV News, shows two older men yelling violently at Pizza Pizza staff after they were refused service for not following provincial mask-wearing regulations.

The men entered the restaurant maskless and were provided free masks by employees right before they began to verbally berate staff, CTV reported.

“You guys are complete fucking morons,” one man yells in the video. “COVID is a joke. You guys are fucking brainwashed.”

A store employee recorded the men, and they go on to call employees “idiots,” “scumbags,” and even “Nazis.” The two men, seemingly white, also mention one employee’s race, asking if he came from the Middle East.

Police were called by then, but not before the men try attacking a random teenager waiting outside the restaurant to order.

The footage shows one of the men reach for the teen’s mask right before they both start to “rough” him up by grabbing him and pushing him around.

“I don’t even know them,” the teen says as employees start to help.

The men reportedly left in a vehicle but were eventually pulled over. Charges of impaired driving and assault have been recommended, CTV reported.