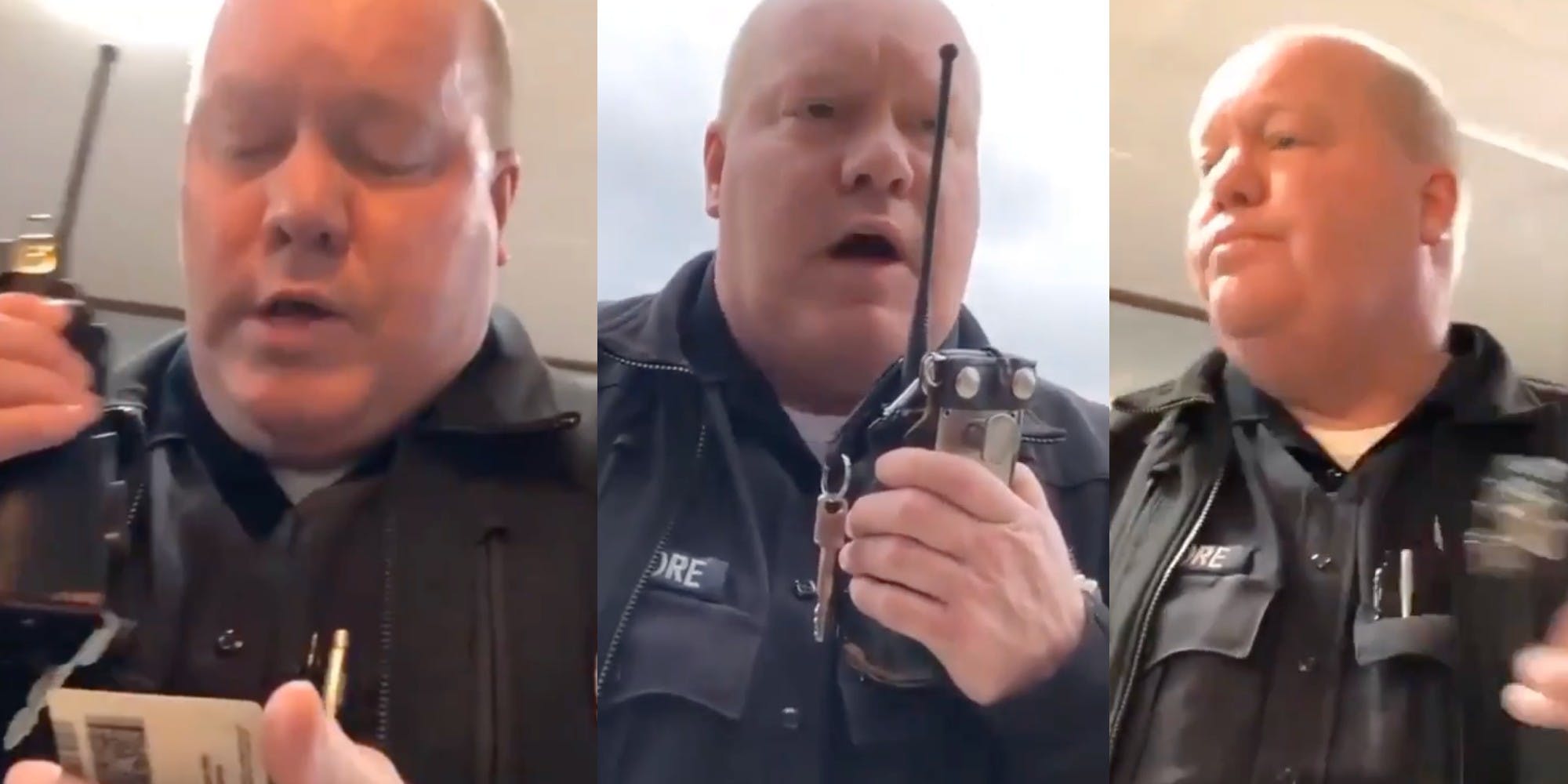 A Pennsylvania cop is being accused of racially profiling a young Black man after videos of their encounter went viral across social media.

The incident took place at G&G Restaurant in Vandergrift, Pennsylvania. Police were allegedly called after someone reported that a person was smoking marijuana outside of the establishment. In a video, a white Vandergrift police officer, William Moore, tells Marcus Townsend, a Black man, that he was called because of Townsend. Townsend repeatedly asks Moore what he did wrong, but Moore doesn’t specify why he’s there. Moore orders Townsend to show his ID, which Townsend refuses to do at first. Moore appears to grow impatient and demands Townsend go outside the restaurant.

After Townsend shows the cop his ID, he accuses Moore of racially profiling him. Moore responds by mocking him and telling a colleague to run Townsend’s ID number.

“Run that please because this guy is saying that I’m racial profiling him,” the officer says.

“Oh yeah, ’cause I just don’t like Black people.” Moore continues. “Everyone who knows me knows that I don’t care whether you’re white, brown, or tan.”

In an interview with WTAE, Townsend said that he initially went to the restaurant with his girlfriend and their service dog for breakfast. Townsend alleged that Moore first approached him about the dog, and his girlfriend left with the dog to avoid causing an issue. Then, Townsend said Moore brought up the marijuana call.

In a video showing Moore, Townsend, and another officer outside, Moore is seen asking his colleagues if they found any warrants out for Townsend. He then requests a full criminal history report for Townsend.

Many people online are also accusing Moore of doing his job while drunk, citing his speech and mannerisms.

The Vandergrift Police Department reportedly said that it’s conducting an internal investigation into the incident. Moore is currently on paid leave, according to TribLIVE. Once the review is finished, the town’s council will decide whether Moore will return to his post.

This is not the first time Moore has been removed from the job. According to TribLIVE, he was previously put on paid leave in 2017 after being charged with assaulting and harassing a 14-year-old boy. He was also reportedly suspended in 2018 for unknown reasons.

The Daily Dot has reached out to the Vandergrift Police Department.