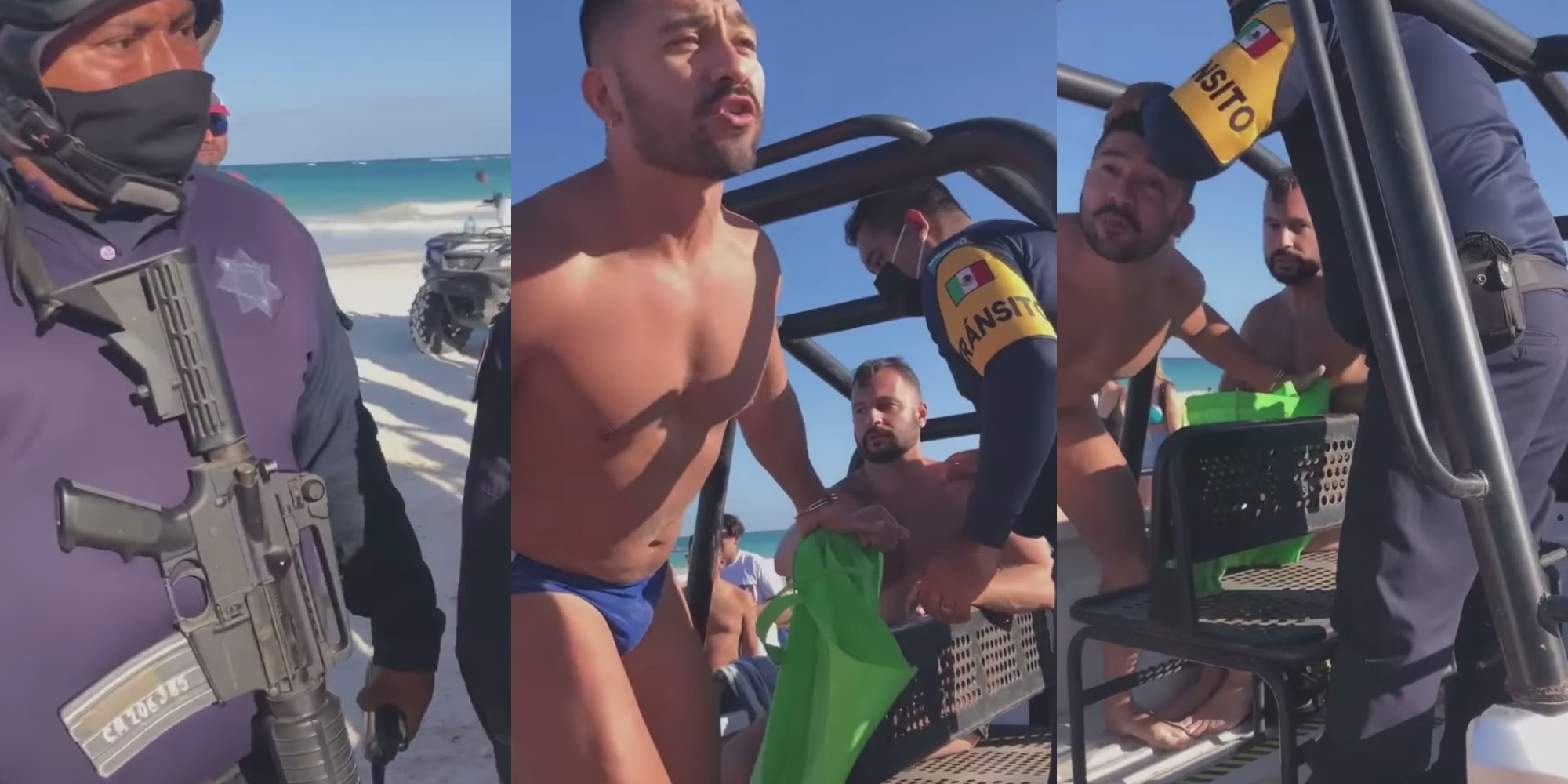 Furious bystanders forced Mexico police to release two gay men after they were allegedly arrested for kissing on a public beach.

Police in Tulum said they had been called into the area to investigate a report of men “committing immoral acts.” According to Out, officials said the men were engaged in “oral sex on a public road.”

However, others present say the men were merely kissing on the beach, and it was the public display of queerness that set police off.

“The policemen were VIOLENT, and gave arguments such as ‘there are families and children and they cannot be watching this,’” local politician Martiza Escalante Morales, who was present during the arrest, later said.

Footage of the arrest shows heavily armed police forcing the men into the back of an all-terrain vehicle while they are surrounded by a disapproving crowd.

One of the men says something to bystanders, and protests over the arrest spring up as it becomes more clear that they’re being targeted for being gay. There’s booing, there’s jeering, and there are shouts of “No!” and “I’m gay, too!” as the crowd turns against the arresting officers.

Although the video ends with the men still in custody, Escalante said that police eventually released them when the crowd refused to let up.

“They were not committing any crime, we were by their side, at no time did they do anything wrong, simply by kissing like any other couple,” she wrote. “I am FURIOUS because it is not possible that in the 21st century this type of oppression against the LGBT+ community continues.”

A “kiss-in” has been scheduled to protest the arrest and alleged discrimination.