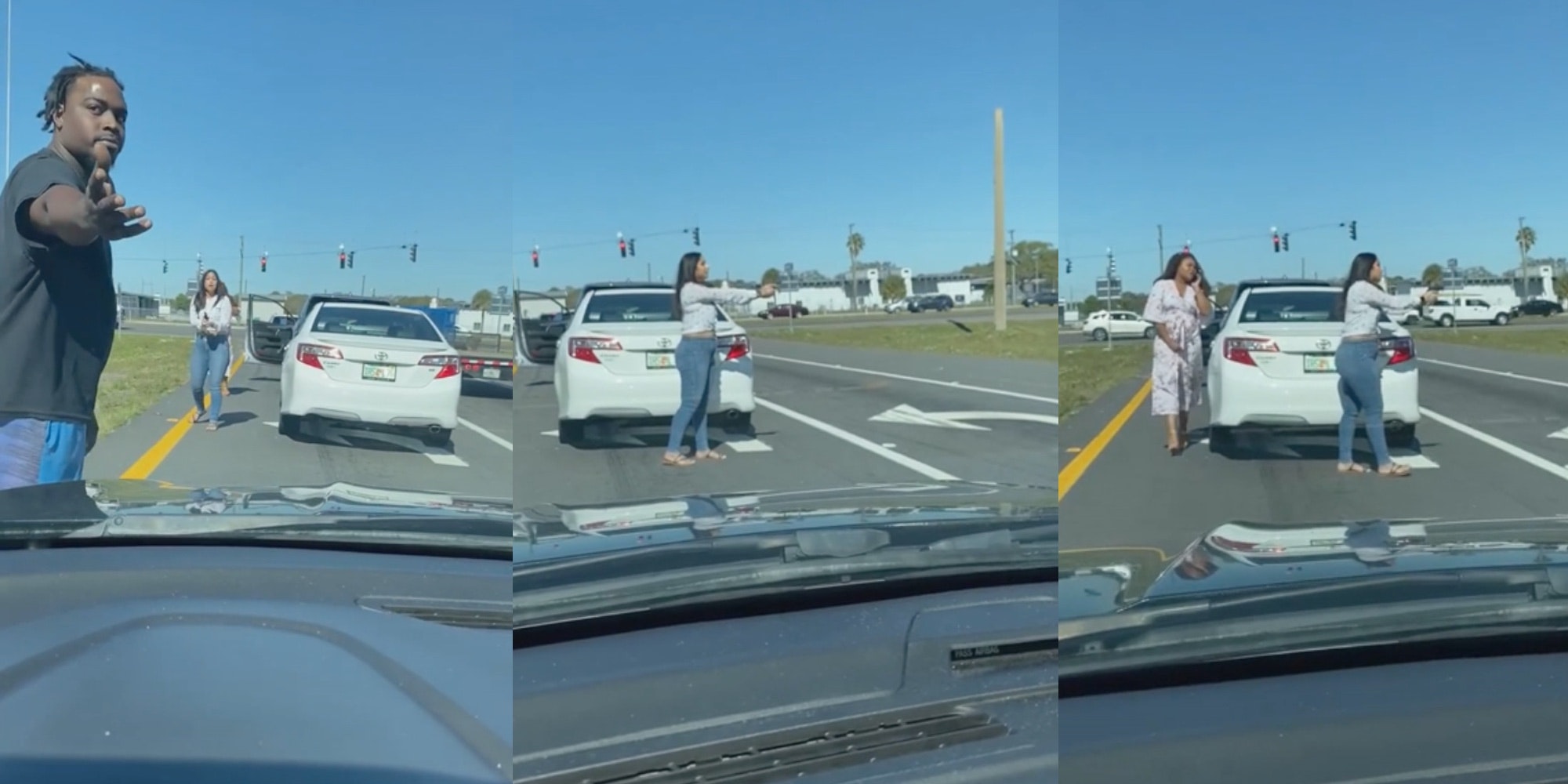 A fender bender in Florida ended with shots after a woman already dubbed a “Karen” pulled her gun on the Black man who hit her car.

The man in the vehicle behind the accident recorded nearly 10 minutes of video that showed the woman pointing her gun at the other man as cars crept around them near an intersection.

Once police arrived, the man filming recounted the full incident for one of the officers.

According to him, the drivers of the two cards appeared to get into a minor accident in one of two left-turn lanes on the road. The man got out of his car and approached the vehicle in front, and the woman immediately stepped out of her own car with a gun.

“She follows him around here. He takes off running towards this median over here, back to her, and she fires a shot at him,” the man filming told the officer. “His back was turned, and he had no weapons on him.”

Although the shot itself wasn’t captured on camera, the lengthy standoff had commenters scratching their heads at the situation.

“I don’t care about context here, firing a weapon at or near traffic should get her ass locked up,” redditor u/OlScratchJohnson said. “I saw that gun being pointed at multiple cars that probably had nothing to do with this.”

Several users also pointed out that the cops appeared to automatically assume the Black man was the one causing problems when they arrived. Officers prompted him to immediately put his hands above his head and back away.

According to the original poster, the woman was not arrested on the scene and she didn’t receive any sort of warning for allegedly shooting into traffic and brandishing a weapon.

See if you can parse Ted Cruz’s baffling comparison of the left to ‘Avengers: Endgame’ and ‘Watchmen’
Tech Tuesday newsletter: Pressure mounts for Biden to act on tech, Q Shaman to testify
Advertisement