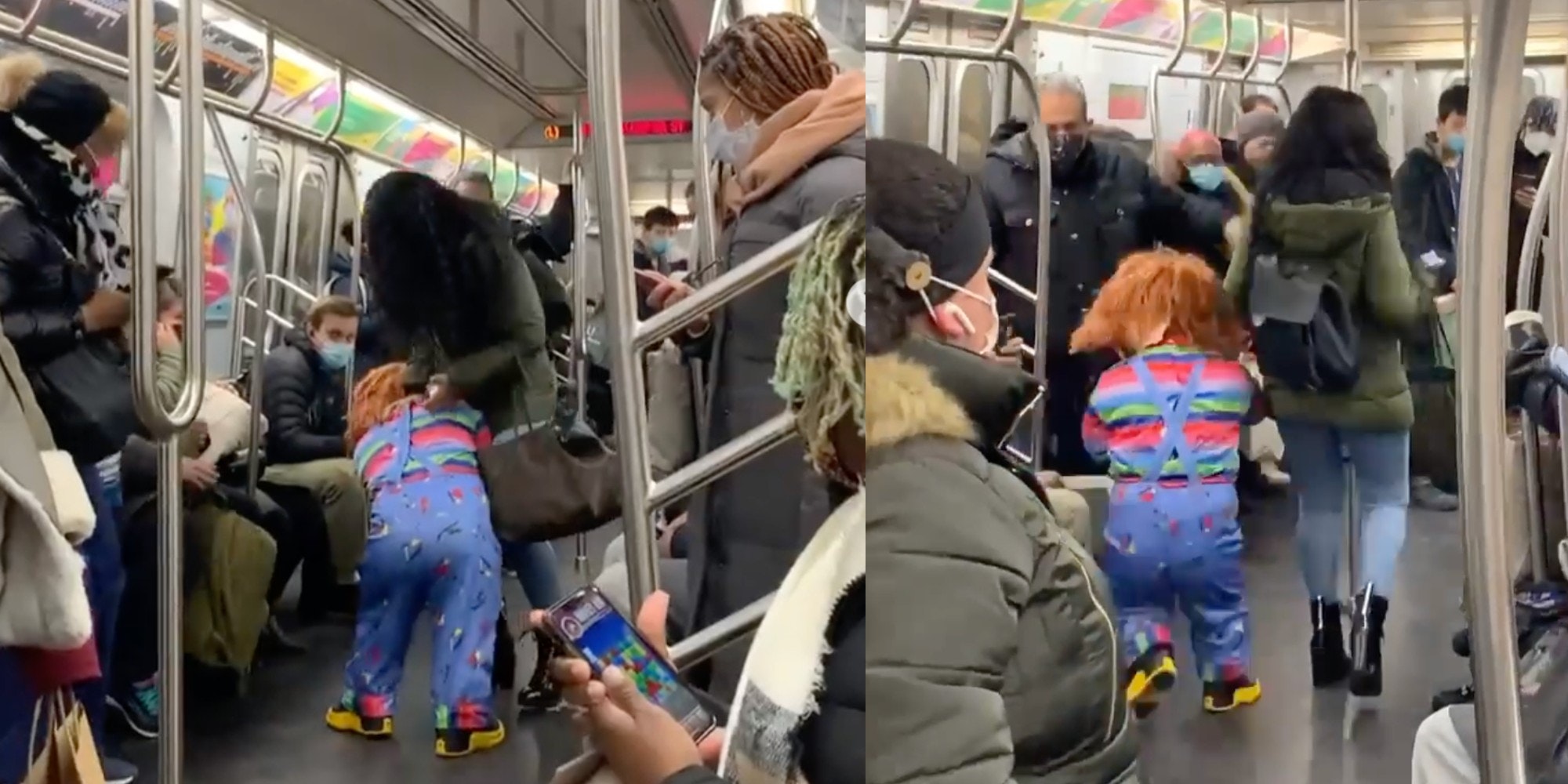 A video that went viral this week shows a person dressed as Chucky, the Child’s Play horror villain, allegedly attacking a maskless woman on a New York City subway as she fights to break free. It turns out, however, that the incident was an elaborate prank.

The video was taken by Brooklyn filmmaker Rodrigo Valencia and shared on Instagram by “Subway Creatures” on Tuesday. Valencia told the Daily Dot via Instagram message that the scene was staged.

The video shows the person dressed as Chucky, including a large rubber face mask, grabbing onto the leg of the woman. The woman screams and smacks the person on the back.

“Get off of me, what the fuck are you?” she says as another person grabs the “Chucky” and tries to drag them away.

Miguel, a self-described actor, comedian, and influencer who played the part of Chucky for the prank, told the Daily Dot that the person assisting the woman was part of the team. The woman who appears to be attacked in the video, Sara, was also in on it.

“Get off of me, what’s wrong with you?” Sara yells while some onlookers cheer and laugh.

Miguel as Chucky finally lets go, stands up, and runs past Sara. As Sara turns and walks in the direction of the camera, it’s obvious that she’s not wearing a mask.

“Yo, she got scared, fucking [inaudble],” someone says while laughing, and others laugh along.

Sara, whose Instagram profile describes her as an actress and comedian, shared a video with a different perspective of the faked attack.

Miguel told the Daily Dot that the prank was a “social experiment” and that the point was to see how people would react to a woman being attacked by “Chucky” on the subway.

“As expected, no one helped. Instead, they decided to record,” Miguel said.

The video went viral on Instagram and Reddit after it was posted on Tuesday. Some of the captions implied that the woman was attacked because she wasn’t wearing a mask.

“We chose for Sara not to wear a mask to see if that would affect people helping her out in this situation,” Miguel said.

He added that the team filmed another video with the same prank on a different subway train, but “it was pretty much the same reaction.”

Still, viewers commented that the video expressed how they feel people without masks in public places should be treated.

“This should happen to everyone on the subway that doesn’t wear a mask,” one user wrote.

The post Video of ‘Chucky’ attacking maskless woman on subway is a prank appeared first on The Daily Dot.