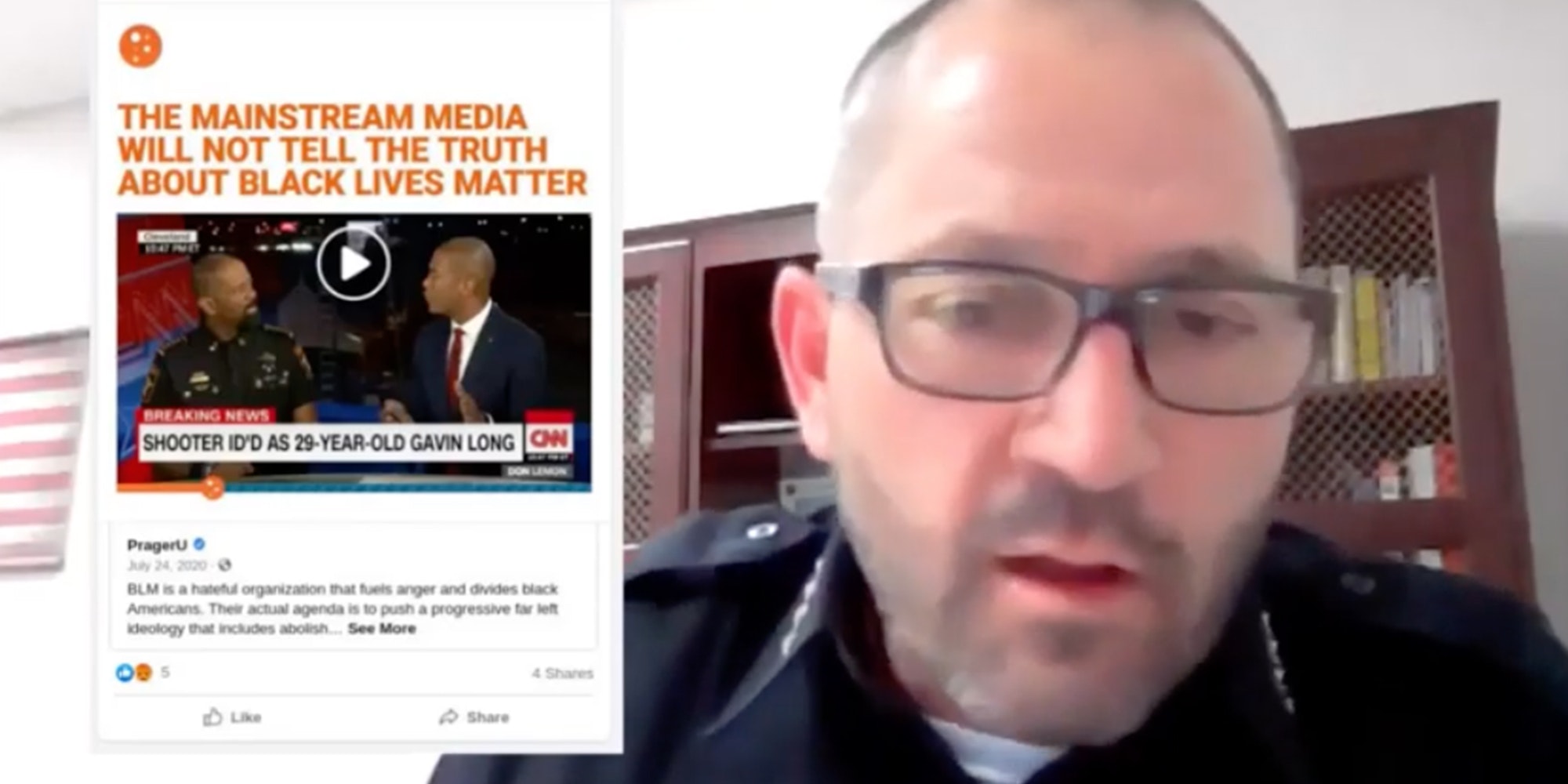 A video shows Vernon Knuckles, the chief of police in Cortez, Colorado, blaming Breonna Taylor for anti-police sentiment while addressing his own racist posts on Facebook.

“There was a big narrative out there about Breonna Taylor and the evidence and everything to come out of it, was just absolutely tragic, but it was really shedding bad light on law enforcement like they just ran in there and shot her for nothing,” Knuckles said in the video, which surfaced on Reddit on Friday. “There was actual criminal ties and stuff. She was involved in a criminal organization.”

Police shot and killed Taylor, a 26-year-old emergency room technician, during a home raid in March. Police had a warrant to enter her apartment because they believed a man selling drugs received packages there, according to the New York Times. Taylor’s family said she was not in contact with the man at the time.

Knuckles, who was named the police chief of Montezuma County in June, faced a backlash from the community after he made Facebook posts bashing Black Lives Matter movement.

In a public meeting online, Knuckles said that when people in the community first approached him about his Facebook page, he considered deleting the account.

“It is probably going to go away, but I don’t want people thinking that I am trying to hide something,” Knuckles said. “I just want to put it out there that I am probably going to delete the account because I can’t read a book and look at Facebook at the same time.”

Knuckles’ Facebook profile is public and shows frequent reposts from the Prager University, a right-wing media company. The caption of one video reposted to Knuckles’ page says that Black Lives Matter is a “hateful organization.”

According to the YouTube channel that posted the video of Knuckles addressing his posts, the meeting seen in the video “came about after the armed right wing group surrounded, harassed and stalked a group of peaceful protesters as Chief Knuckles’ officers looked on from their vehicles.”

During the video meeting, a woman addressed Knuckles’ social media posts. “No matter how many times you post, you post as the chief of police and as a single individual as well,” the woman said. “I think we have all learned especially in light of recent events that people in positions of power do have power, and their words do matter, and people do follow their example.”

Users on Reddit commented on Knuckles’ confidence to face the community as a public official with a personal social media page full of hateful content.

“My favorite part was when he declared to be a libertarian… that collects a 6 figure public salary and arrests people for drugs,” one user wrote.

The meeting was an opportunity to face the public and address his Facebook posts in an apologetic way, but instead, he attacked Breonna Taylor and the Black Lives Matter movement. He still asked viewers to “give [him] a chance.”

“I think if people will give me a chance and learn who I am really that you will find out that I am not biased one way or another,” Knuckles said.

The post Video: Police chief blames Breonna Taylor for his own racist Facebook posts appeared first on The Daily Dot.

This influencer tattooed her hairless cat—and people are furious
‘This is a demonic system’: Black officer dies by suicide after speaking out about racism in videos
Advertisement