Video: Racist Florida man tells someone to ‘go back to wherever you came from’ and spits on him – Nogagames 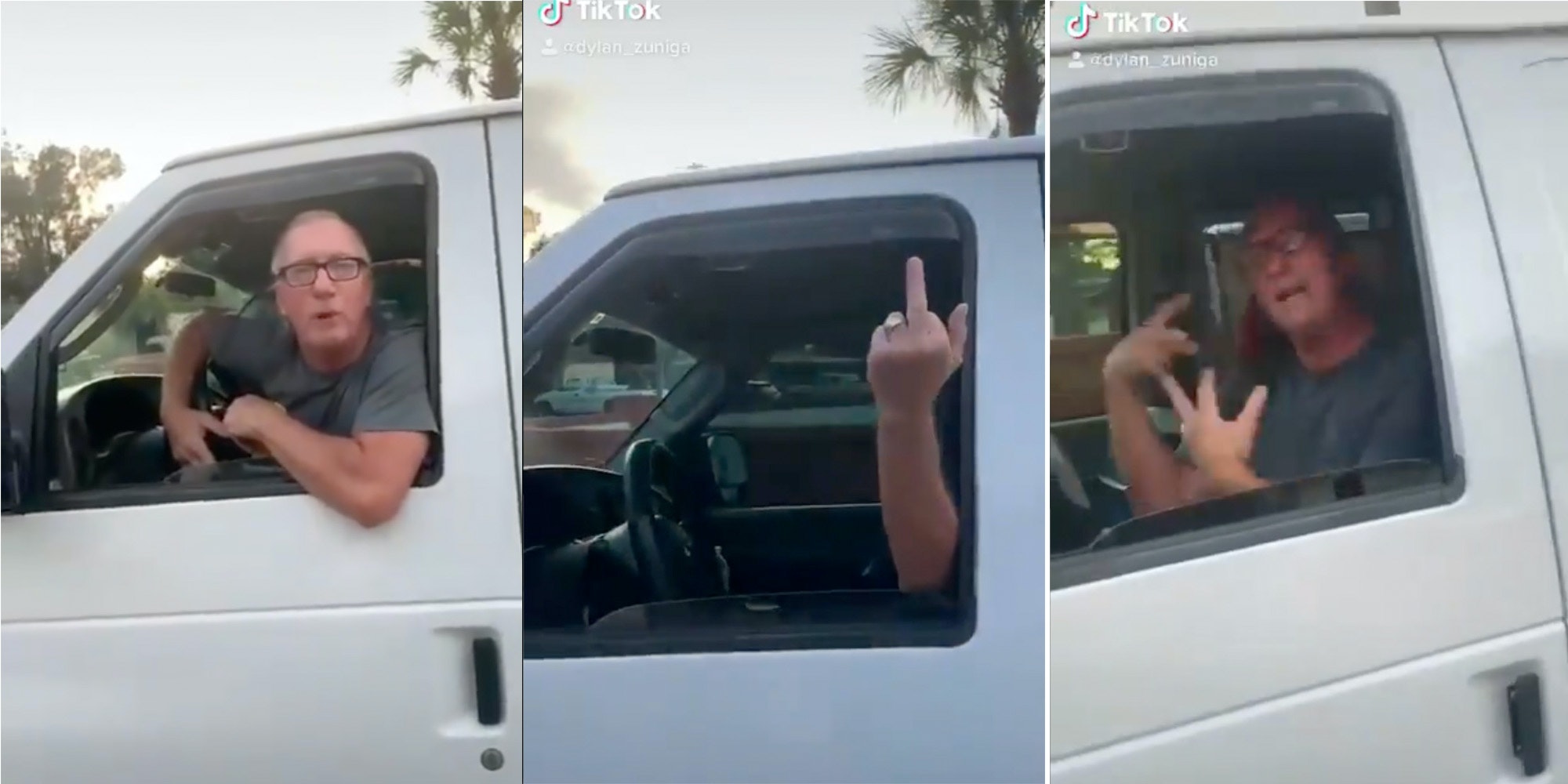 A video shared to Twitter on Monday shows a traffic stop confrontation where a Florida man tells another driver to “go back to wherever you came from” before spitting toward him and mocking him.

The video, shared from the Fifty Shades of Whey account on Twitter, appears to repurpose a TikTok video from Tampa-based Dylan Zuniga, though the video doesn’t currently appear to be on his page.

The 23-second video starts with the man, sitting in a van next to the vehicle where the video’s being recorded from saying, “Go back to whatever you came from!”

The person in the other car, presumably Zuniga (based on the voice on his other solo TikTok videos), says, “And what else?” in response. The man turns away, but holds a middle finger aloft to the other car.

The car then moves forward, with the person shooting the video appearing to be trying to get another look at the man. It’s then that the man spits out his open window toward the car, and the person appearing to be Zuniga saying, “Whoa, you just spit on me!”

There’s then an obvious edit, followed by the person appearing to be Zuniga asking, “Go back to my country?” and the man saying, “Yeah, go back to your country?”

Zuniga then tells the man, “I’m way happier than you. I can look in your face that your family hates you … you’re miserable … I can see it in your face.”

The man then maintains, “I never spit at you,” which Zuniga answers by saying, “I got it on video, brother.”

The man then repeats that line to him, gesticulating wildly as he does so. (It looks as though the man might be, uncomfortably, giving his impression of how someone “gangsta” might speak.)

The man then drives away, telling him, “I hope you get in an accident on the way home.”

Respondents predictably dunked on the man, and by extension, the entirety of Florida.

Adam Dzurilla noted, “Florida people who mostly moved from some other state always telling people to go back to where they came from is the hilarious Florida Man material that never ends. I used to live in that dumpster fire of a state and am so glad I have no reason to ever go back there.”

Laura Hennessey pledged, “I am no longer going to drop tourist dollars in Florida. I will be going to PA and GA to vacation.”

Yet another, commenting on the exhibition of racism in the video, noted, opined, “That is the face of violent racism based insanity. That alone should qualify for a psychiatric hold & evaluation, after he is charged because spitting is assault.”

Then, for emphasis, the tweeter added, “Gross.”

The post Video: Racist Florida man tells someone to ‘go back to wherever you came from’ and spits on him appeared first on The Daily Dot.