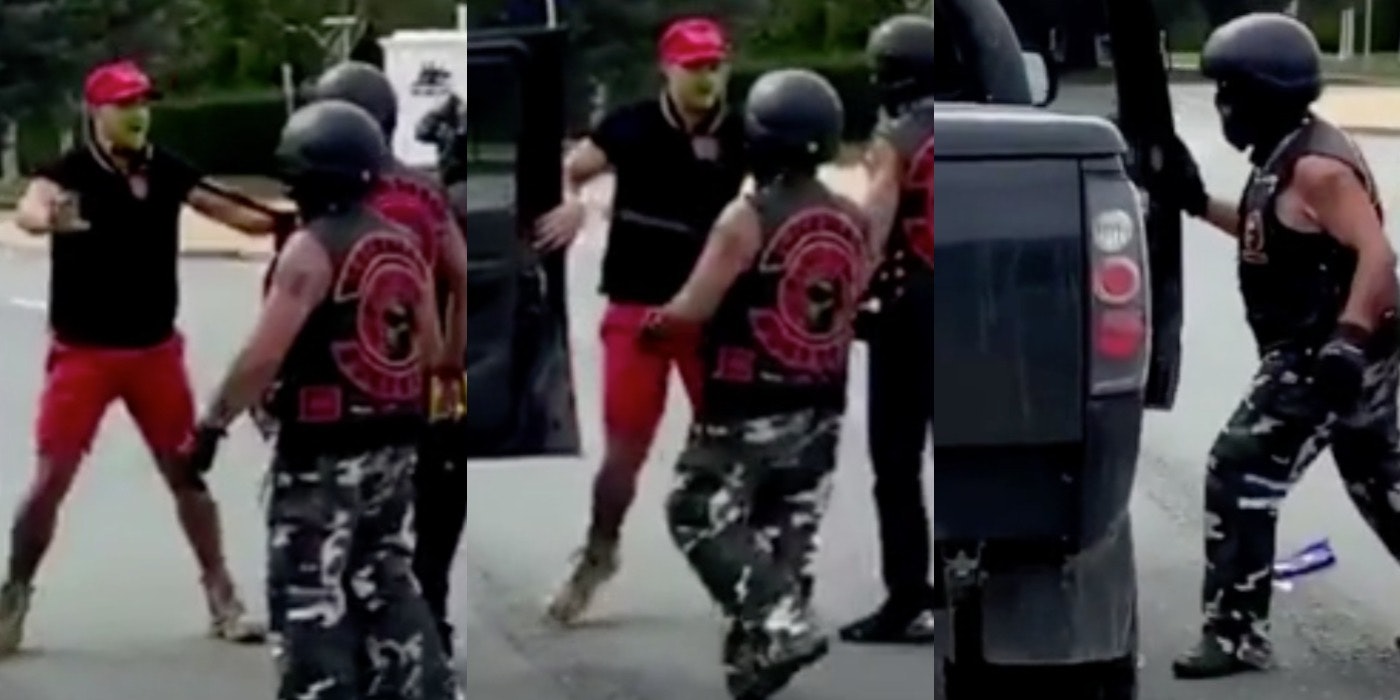 Filed under “things you love to see,” a recent video, trending on Reddit, shows an Australian MAGA being forcibly removed from an Australia Day protest.

Posted by, um, u/creepy_farts, in Reddit’s popular r/PublicFreakout page, the video starts at an Australia Day gathering with the altercation already in action. A few bikers are pushing around a man in a MAGA hat and green-colored face paint, taking issues with his attire at what is supposed to be a unifying event.

He’s virtually thrown into his truck before he hurries to turn on the engine and speed away. The cameraman turns toward the crowd, many of whom are applauding the men.

It’s not unpredictable that a man in a MAGA fit would come to a protest on Australia Day, given the holiday’s beginnings and meaning. According to Wikipedia, the observed holiday is “the official national day of Australia. Observed annually on 26 January, it marks the anniversary of the 1788 arrival of the First Fleet at Port Jackson in New South Wales, and the raising of the British flag at Sydney Cove by Arthur Phillip.” In other words, like the MAGA hat, the holiday can evoke fierce nationalism.

Or, in layman’s terms, it marks the day that the English came to absorb already long-occupied land that Captain James Cook had “discovered” and claimed in 1770.

For others, “Australia Day” means a day of denial of iniquities and remembrance of the indigenous Australians’ eventual slaughter, subjugation, and ongoing racial discrimination by white settlers. Since 1938, the date has been marked by Indigenous Australians as the mourning of the British colonization on the continent.

Australia Day is also often referred to as Invasion Day, Survival Day, or Day of Mourning, observed as a counter-celebration.