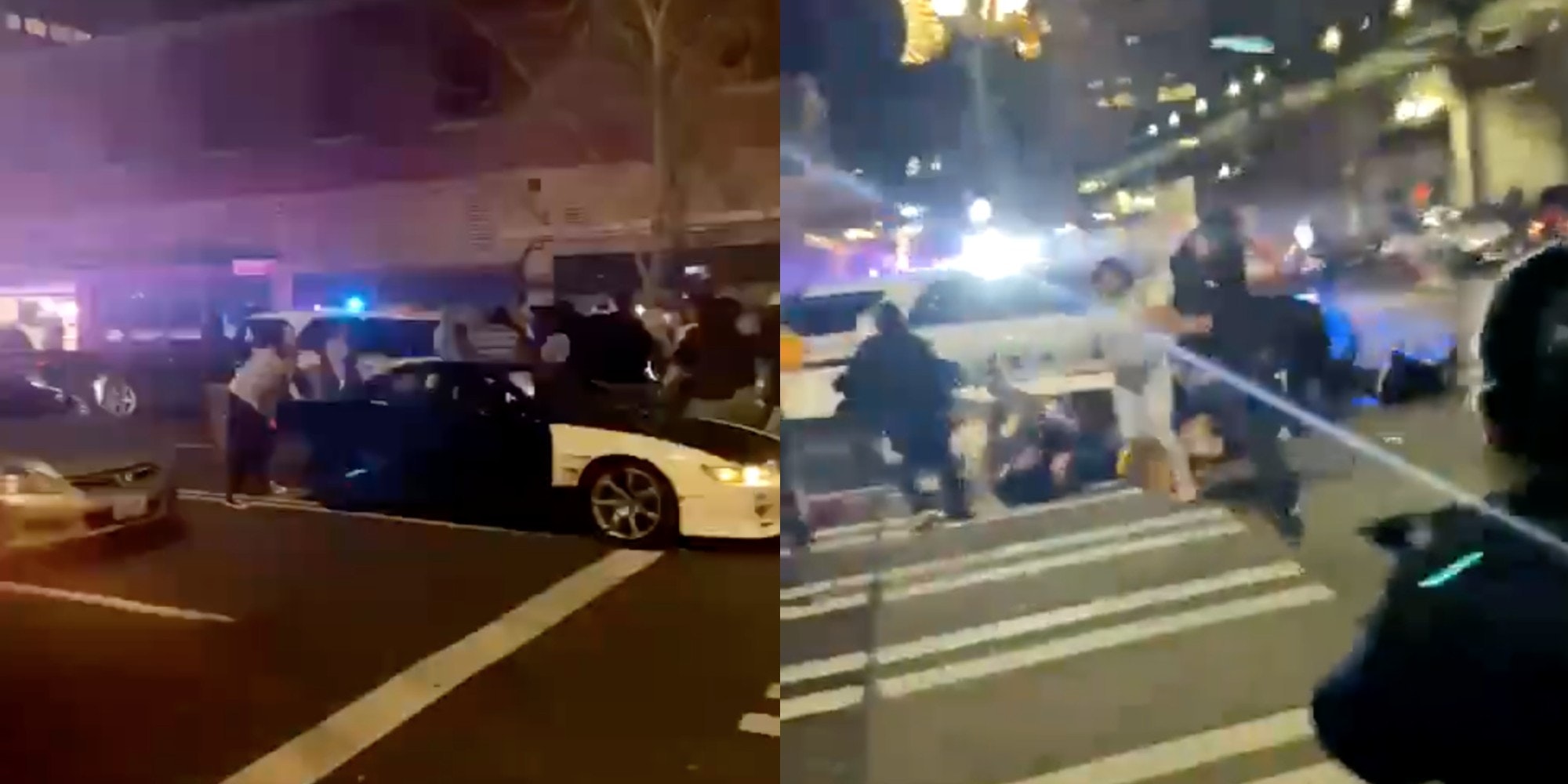 A shocking video out of Washington state shows a police officer driving through a crowd of people, running over at least one individual in the process.

The incident, which took place in the city of Tacoma, began after a police patrol vehicle arrived on scene to disrupt an illegal street race gathering.

The officer can first be seen backing up as a portion of the crowd appears to surround the vehicle. After stepping on the gas, numerous individuals are thrown to the pavement while another becomes temporarily trapped under the vehicle and ran over.

In a statement on the matter, the Tacoma Police Department (TPD) claimed that the officer involved feared for his safety.

“People hit the body of the police vehicle and its windows as the officer was stopped in the street,” TPD said. “The officer, fearing for his safety, tried to back up, but was unable to do so because of the crowd.”

TPD added that the officer eventually called for medical aid after reaching “a point of safety.” One individual was transported to a nearby hospital.

An independent investigation has since been opened by the Pierce County Force Investigation Team. The identity of the officer involved has not yet been revealed.

A local man who filmed the tragic incident told the News Tribune that five to six cars were performing donuts in the intersection prior to the arrival of police, who ultimately arrested two people.

Interim Police Chief Mike Ake also released a statement expressing concern that “our department is experiencing another use of deadly force incident.”

“I send my thoughts to anyone who was injured in tonight’s event, and am committed to our Department’s full cooperation in the independent investigation and to assess the actions of the department’s response during the incident,” Ake said.

Black cheerleader says she was kicked off squad over her hairstyle
Twitch streamer berates baby during broadcast, prompting calls to CPS
Advertisement