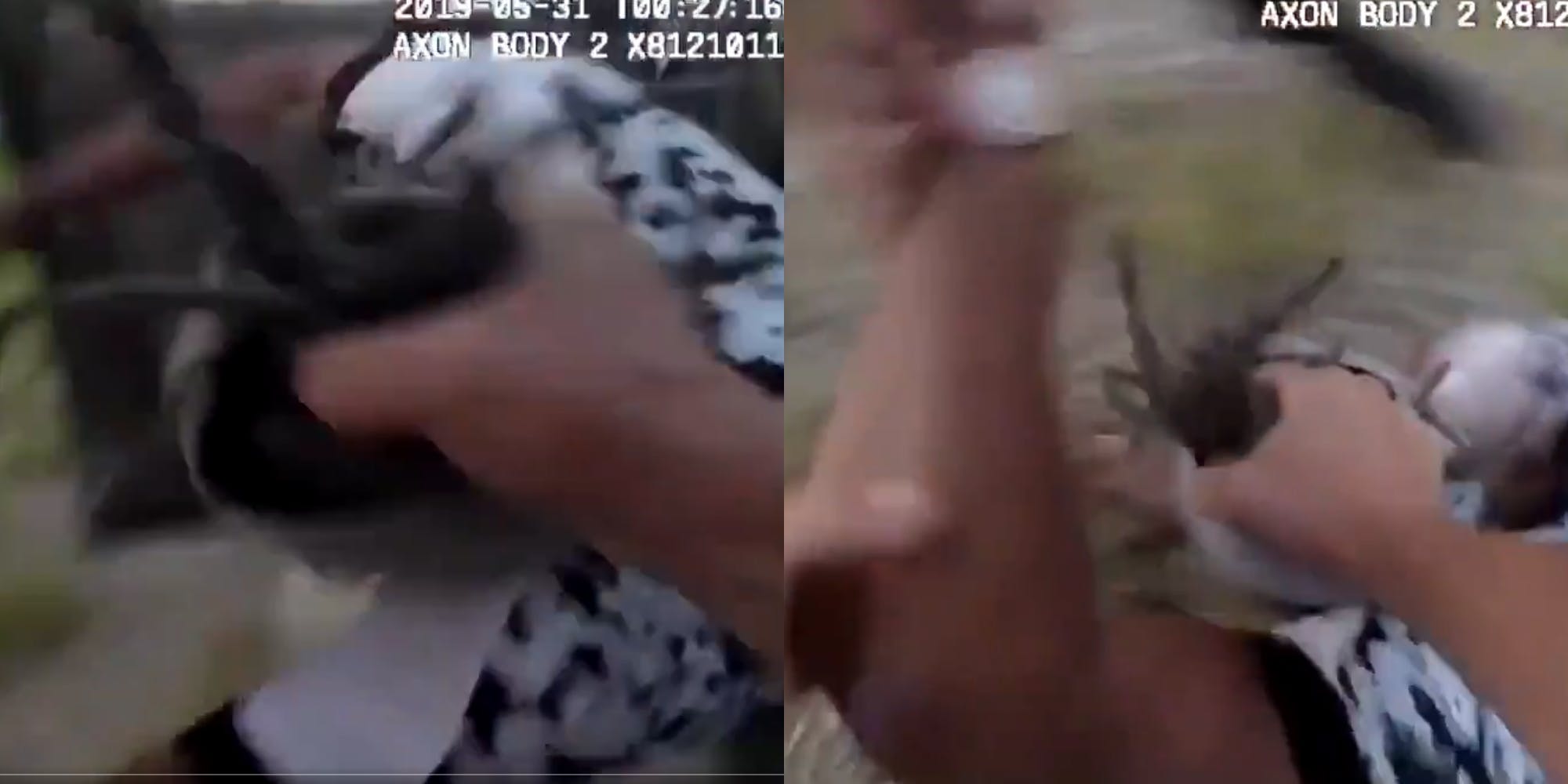 Graphic body camera footage shows two white police officers yanking a 66-year-old Black woman out of her car by her hair during a 2019 traffic stop.

The woman, Atlanta-based librarian Stephanie Bottom, filed a federal lawsuit on Wednesday alleging the cops from the Salisbury Police Department and Rowan County Sheriff’s office used excessive force and tore her rotator cuff when they pulled her from the car.

The incident took place on May 31, 2019, when Bottom was pulled over while driving to a funeral in Raleigh, North Carolina. Bottom, now 68, said cops stopped her “for driving 80 mph in a 70 mph zone and failing to heed blue lights,” the Charlotte Observer reports.

According to the lawsuit, Bottom was playing music loudly in her car and did not hear the cops trying to pull her over. The suit further states that Bottom posed no threat to the officers.

In the bodycam footage obtained by the Charlotte Observer and later shared in part by Twitter user Fifty Shades of Whey (@davenewworld_2), one officer walks toward the passenger side of Bottom’s car with his gun drawn.

The officer walks around to the driver’s side and, with the help of another officer, grabs Bottom by the hair and throws her to the ground. She writhes and screams in pain as they twist her arms behind her back and cuff her.

c Bottom asks the officers after they handcuff her. One officer says that they were following her for 10 miles. Bottom tells him she “wasn’t running, I was just driving.”

“You’re going to jail now,” the officer tells her.

“Ma’am, there were three police cars behind you for about 10 miles,” another officer says. “It was a simple traffic stop. All we had to do was write you a ticket, and you turned it into this.”

Bodycam footage captured one of the officers involved in the stop saying, “That’s good police work, baby.” Bottom’s lawsuit states that another officer “bragged about ‘grabbing a handful of dreads,’ and said ‘at that point she earned it.’”

Salisbury spokeswoman Linda McElroy told the Charlotte Observer that city officials would not comment on a pending case but said in an email, “The Salisbury Police always strives for positive interactions with our residents and visitors, including in cases where we may suspect criminal activity.”

The post Video shows cops yanking 66-year-old Black woman out of car by her hair during traffic stop appeared first on The Daily Dot.