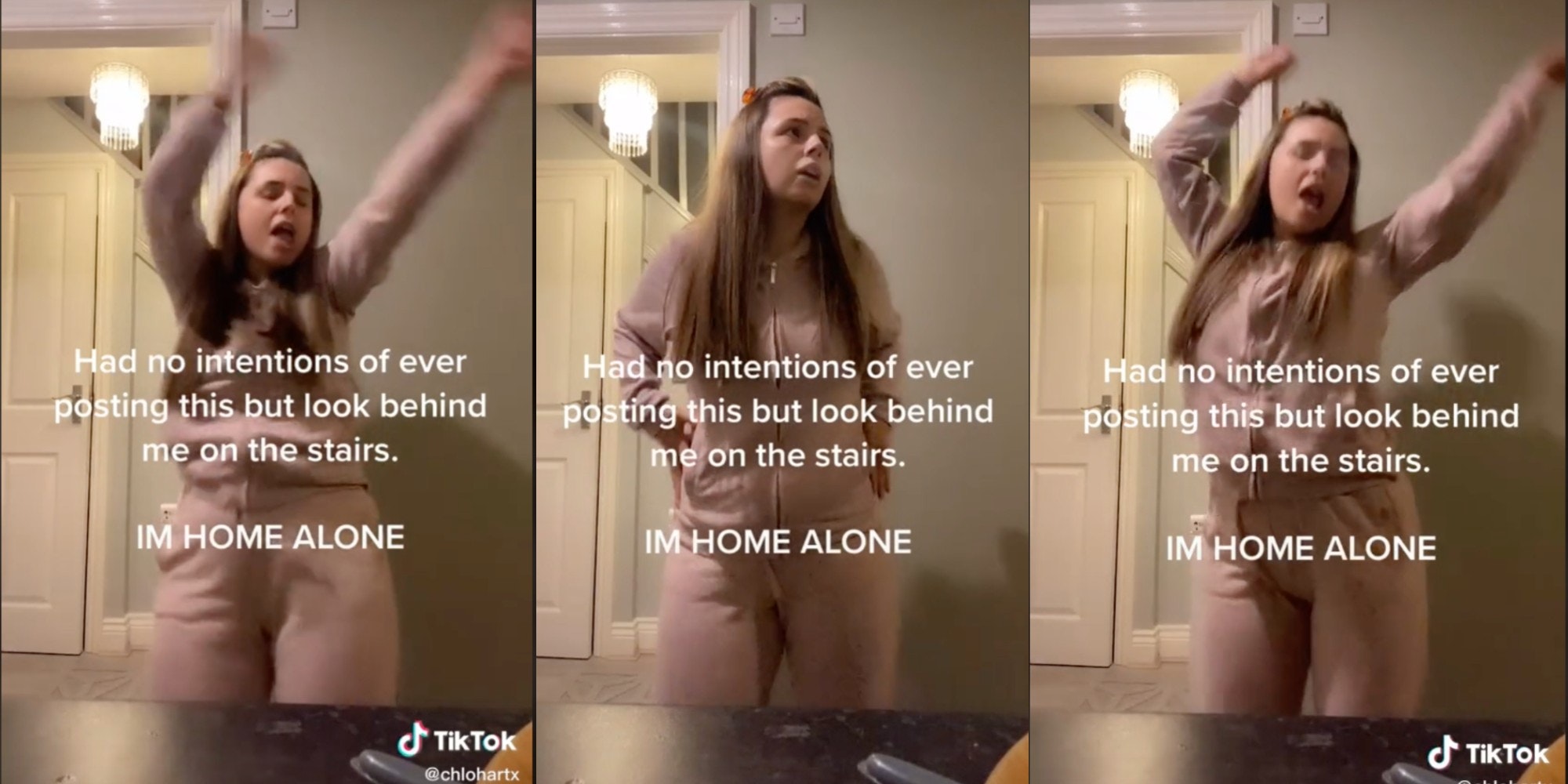 A TikTok video went viral after the user, who insists she was “home alone,” spotted a possible intruder in the background. The video prompted mixed reactions from commenters who debated whether the video is “fake.”

Chloe Hartley, whose TikTok username is @chlohartx, posted a video of herself dancing to a remix of The B-52’s song “Love Shack” on Jan. 6 In the caption, she brought attention to sudden movement on the staircase behind her.

“Had no intentions of ever posting this but look behind me on the stairs,” Hartley wrote.

Although it’s not clear what is behind her, many commenters were spooked. One person wrote that they “do not claim the negative energy from this video.”

“LORD GIVE ME STRENGTH,” TikToker @gabesco wrote. “I SWEAR YOU BETTER SAY THIS IS A JOKE RN.”

In response to a comment that said the movement came from one of her dogs because they saw a “white paw,” Hartley shows her brown dogs and the gate that keeps them from climbing the stairs.

“I genuinely have no idea what it is,” Hartley told the Daily Dot. “It absolutely wasn’t staged and I had no idea it would go viral, I have 3 small dogs who aren’t [allowed] nor do they go upstairs.”

Hartley also made follow-up videos about the figure being a “ghost.” After she reposted the original clip in slow-motion, one commenter wrote, “Terrified now.” Another wrote, “Has anyone actually realised that this is probably staged? You don’t have any proof that she was home alone at all.”

Hartley responded to comments saying her video is staged by dancing in a video with audio that says, “Stop spreading those rumors around, stop spreading the lies.” She told the Daily Dot that there are “always noises” and strange happenings in her home that there were “never any sightings” before the ghostly TikTok.

The original video, which has accumulated over 25 million views and over 2.6 million likes, prompted questions about the house’s origin and history of ghosts. Hartley said on TikTok that the only spooky thing about her house is that she lives “next to a funeral director.”

One commenter said they “prayed” for Hartley, and others told her to “get out” and “get a new place please.”

The post Video shows creepy moving figure behind TikToker who insists she was ‘home alone’ appeared first on The Daily Dot.