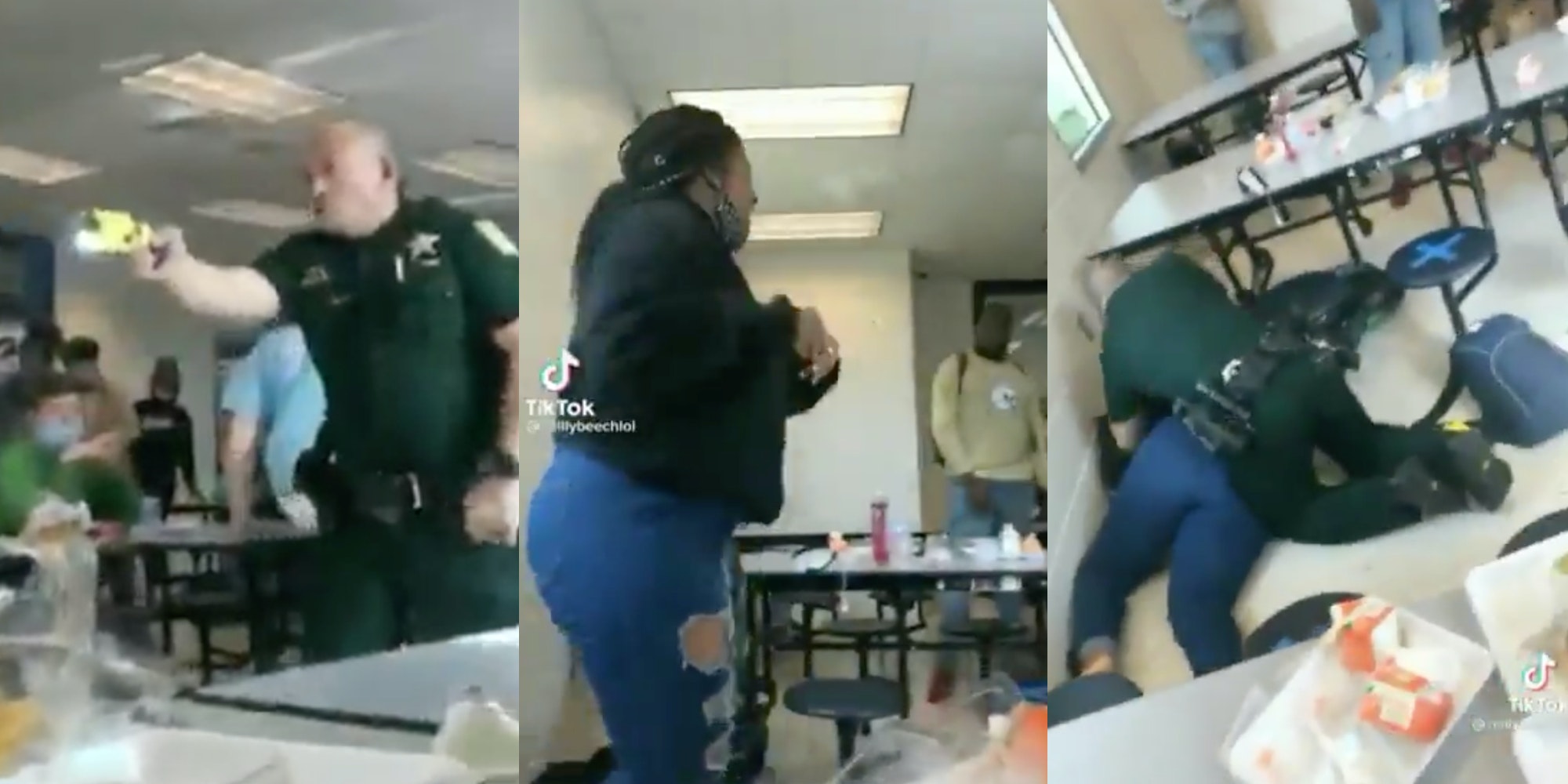 Florida is having a week.

The video, shared by @davenewworld_2 on Twitter, is brief. Nine seconds is not nearly enough time to gather the details of the incident, and the original TikTok has been taken down. The police have put forth their own narrative regarding the incident, which took place at Eustis High School, but no comment has come from the young woman who was tased.

According to the Lake County Sheriff’s Office, the incident began as a fight between students. The deputy seen in the video alleges that he approached the students to break up the fight. That’s when one of the students “attacked him,” according to local television station WFTV. The officer says the young woman punched him several times and kneed him in the side.

The viral video shows the final moments of the fight. The officer brandishes his taser and fires two shots into the teen’s chest. She stumbles into the wall before collapsing to the ground, as screams and exclamations of shock from her classmates erupt around her.

The officer then crosses the room and appears to smack the girl’s head into the ground before securing her hands behind her back. The video ends moments later.

The two videos reinforced a number of stereotypes about the state of Florida among viewers. They’ve also led many viewers to question the necessity of allowing cops in schools.

Not everyone thought the cop was in the wrong, however. Some viewers said the length of the clip makes it difficult to determine the details of the incident. But others countered that very few circumstances should demand any level of violence from an officer at a high school.

One commenter claimed that the original TikTok poster, @reillybeechlol, uploaded an explanation video before removing both from his account. According to Twitter user @29rays, the explanation generally aligned with the police department’s statement.

“He had said that the girl had just been yelled at by sum (sic) kid,” @29rays wrote. (Apparently the cop intervened when the girl tried to chase down the other student.) “She had pushed the cop and he could not take her down so he pulled out his taser.”

While this explanation is mostly consistent with the claims from the Lake County Sheriff’s Office, it still doesn’t account for the cop’s excessive response. If the teen did, in fact, merely push the officer in an attempt to reach the other student, the officer’s response seems over the top.

The Daily Dot has reached out to @reillybeechlol.

Viral post shows just how poorly Black actresses are treated—especially when it comes to their hair
Dressed to kill: The costume design of NBC’s ‘Hannibal’
Advertisement