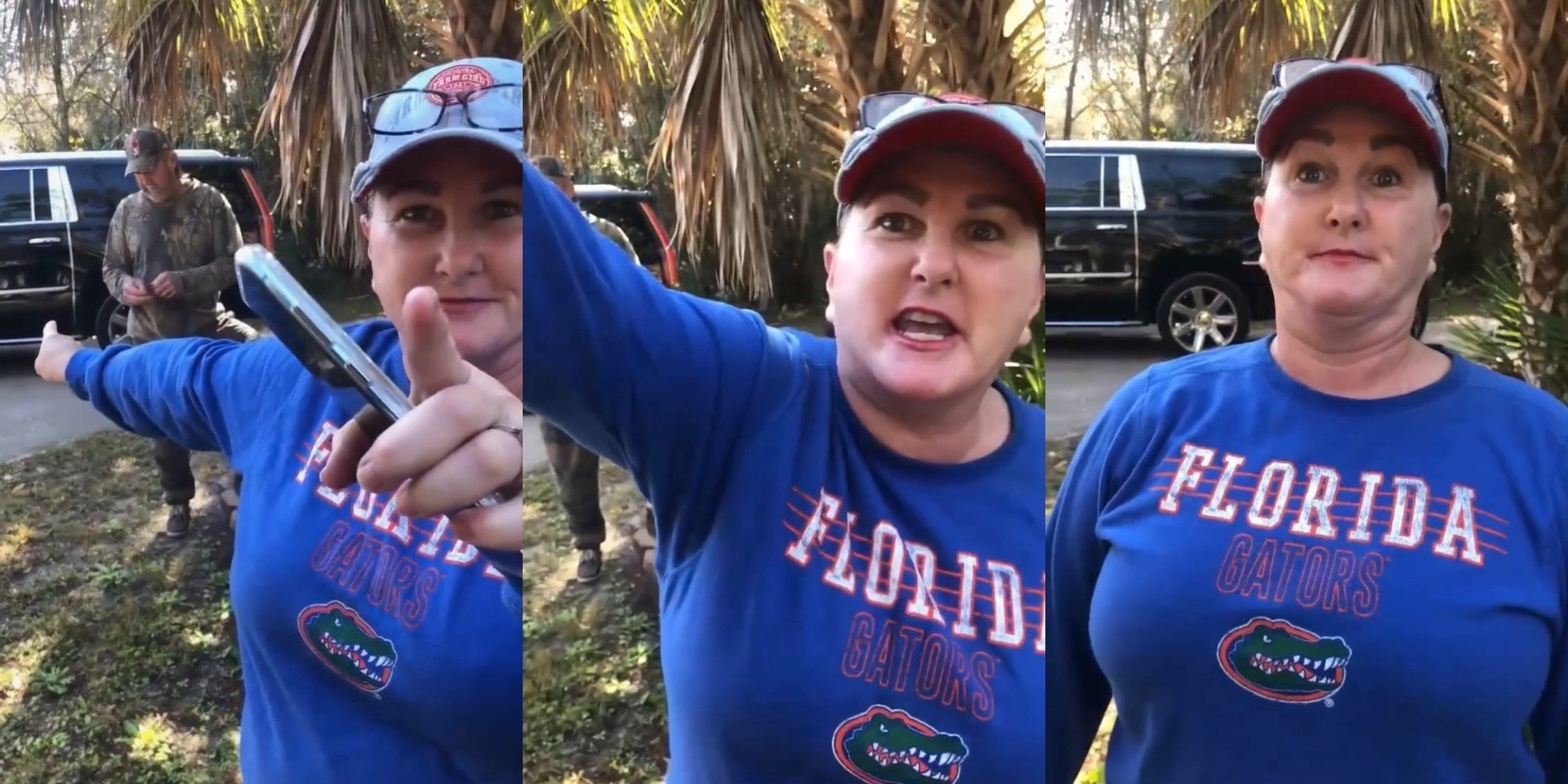 A Florida “Karen” unleashed a torrent of racist slurs on two Black workers who parked near her house in a viral video that has drawn outrage across multiple social media platforms.

The racist Karen at the center of the clip is Gina Brashear, who shamelessly—perhaps even delightedly—berated OF Logistics employees Will Osley and Melvin Finley on Saturday, NBC 2 reports.

Brashear was furious that that Osley and Finley, who are both Black, had parked their truck in the road to unload sheet metal for a neighboring customer, who recorded Brashear’s outburst.

“You’re on my shit list, and I’m warning you, I’m not somebody to have on your shit list,” Brashear tells her neighbor at the beginning of the video. “And if you think I’m gonna have a fucking n****r tell me he’s not moving off my driveway—”

When Brashear’s neighbor interrupts to tell her she can’t use such language, Brashear doubles down on the racism.

“I can use the word ’n****r’ all goddamn, motherfucking [day],” she says, approaching peak Karen.

“Really? Did I touch him? Did I assault him? Did I hurt him?” Brashear asks.

When her neighbor states the obvious fact that she used a grotesque slur, Brashear raises her middle finger and says, “Fuck you, fuck you, and fuck you. Good, the cops will come and tell them I called y’all n****rs. What-the-fuck-ever.”

“When they pass a law that says I can’t say ’n****r,’ please bring it to me in writing,” Brashear demands.

Speaking to NBC 2, Brashear showed no remorse for her racist, slur-filled rant.

“It doesn’t matter if I said it 100 times in 30 seconds. There’s nothing illegal about saying it,” she told the network. “I don’t care who’s upset. I don’t care that I’m called a racist.”

Brashear’s racist spectacle eventually made it to the r/PublicFreakout subreddit and left viewers boiling with rage.

In the video’s top comment, u/Emachinebot offered a succinct rebuke for Brashear: “Fuck you, you racist fucking cunt.”