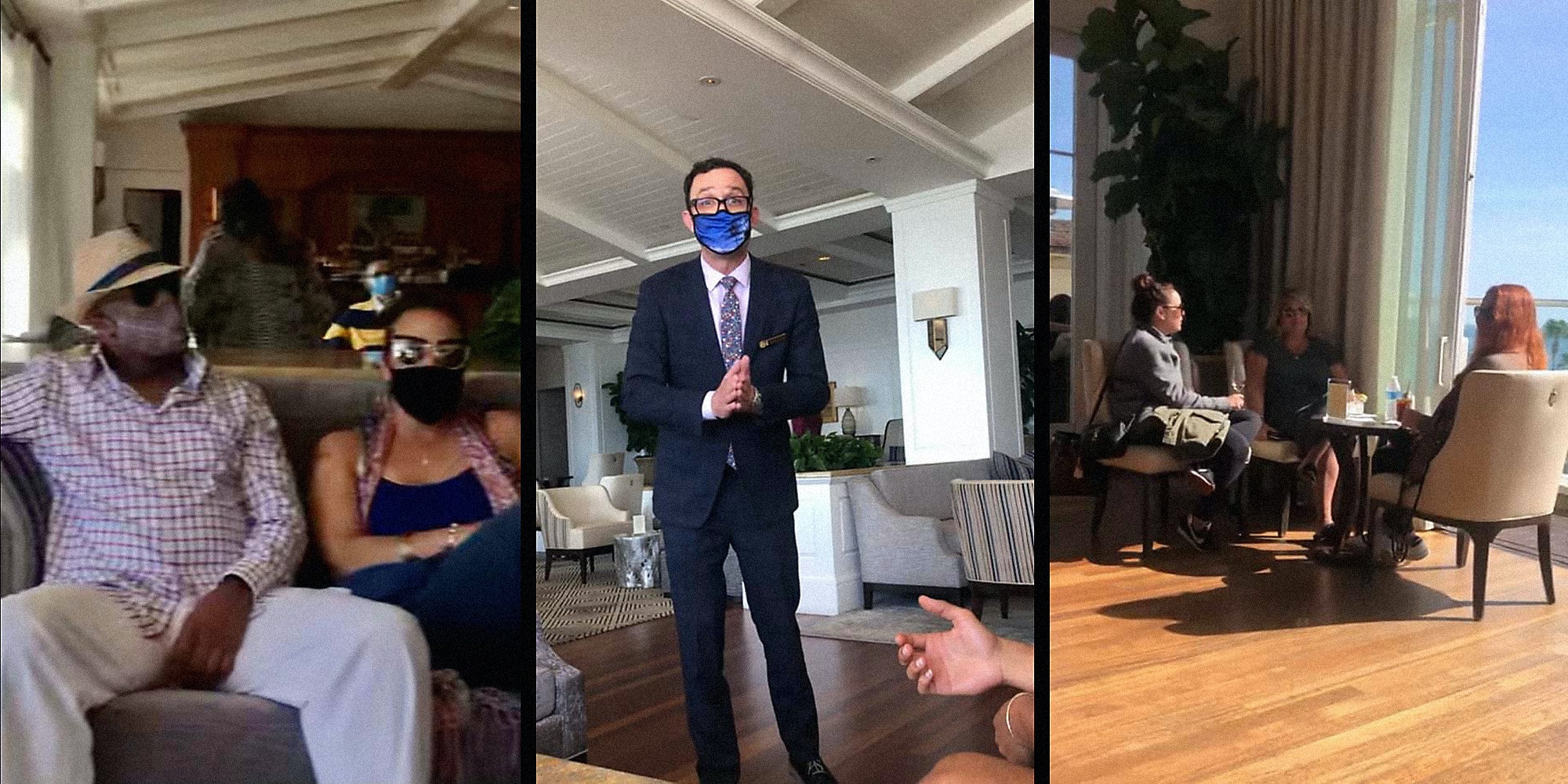 A viral Facebook video shows a hotel manager talking down to a group of Black guests for eating food inside—even though white guests are doing the same thing.

The video, posted by user Maria Baietti, shows the family at the Montage Resort in Laguna Beach, California. The group is already inside and seated when Timothy, the manager, tells them that they have to eat “outside.” The camera pans to show a white family eating at a table that also appears to be inside the building but closer to the patio.

“The manager on duty, Timothy, told our party we would have to sit outside,” Baietti explained on Facebook. “We all looked around the room to see several tables with large and small groups seated inside being served drinks and food….and wearing no masks.”

One of the seated men tells the manager that he’s coming into the disagreement “hostile.”

“I react to the way our guests react,” Timothy replies. He appears to be upset that he’s being recorded. He’s not paying attention to the matter at hand, which is that it’s unclear what determines “inside” versus “outside” tables.

As the argument continues, Timothy pulls out his own cellphone to record the guests and says it’s because of their “rude” behavior.

In a longer version of the video, posted by Skye Cotton, the person recording tells him, “I don’t give a fuck, Timothy.” This prompts Timothy to call for security to have the Black guests escorted out.

Baietti included photos from the dining area in the post that showed the short distance between her family and white guests. She said Timothy was “rude and aggressive” while speaking to her group.

“Our whole group was African American to be very clear,” Baietti wrote. “Timothy continued to unprofessionally escalate the situation … It was very embarrassing and appalling. I would never ever go back to this place and highly discourage anyone else giving this resort one dime of your money! I am filing a former complaint with management.”

Some people on social media went out of their way to attempt to understand why the manager went out of his way to be rude. But, as user @TVTHEditor said, there’s no “logic in racism.”

“Understand that NOTHING has to happen beforehand for black people to be mistreated,” the user tweeted. “Or arrested. Or beaten. Or even killed. All we have to do is walk in. And sit. And wait. Or jog. Or drive. Or eat. Or shop.”

The Daily Dot has reached out to Montage Hotels & Resorts for comment.

The post Video shows hotel manager telling only Black guests to eat outside appeared first on The Daily Dot.