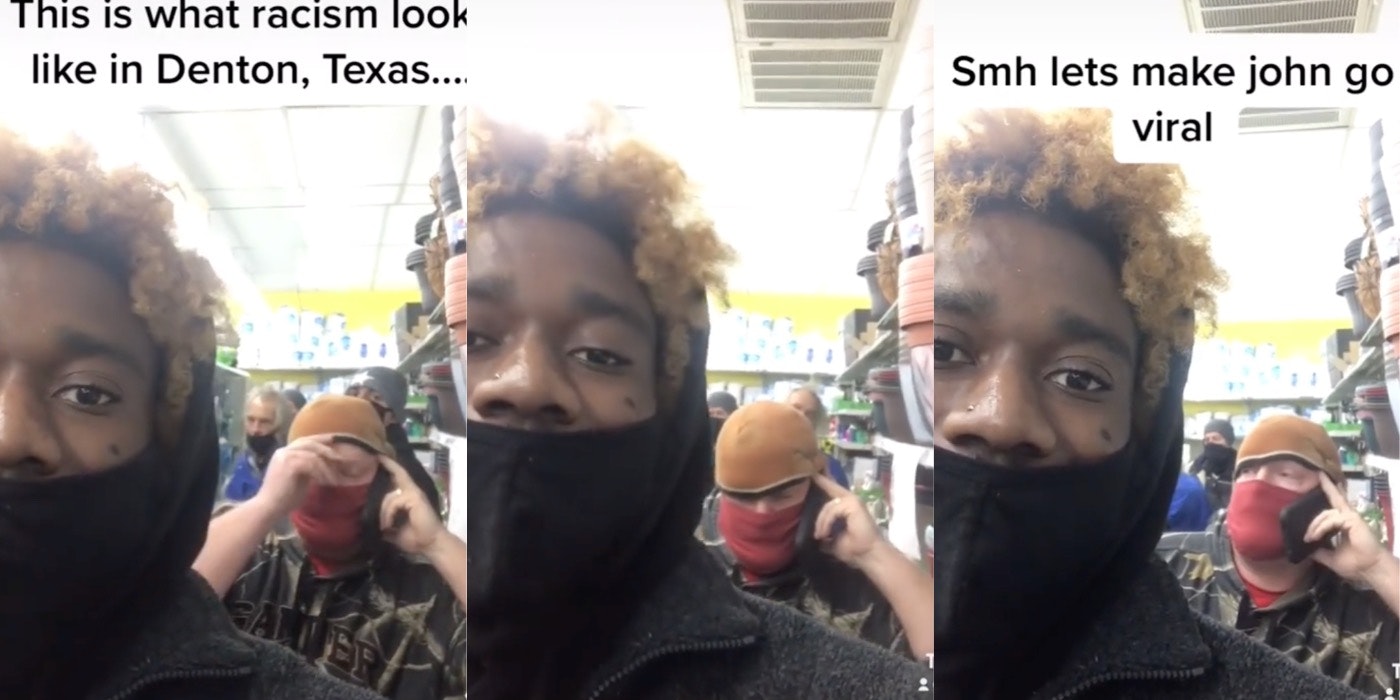 A TikTok video shows a man calling the police on a Black man at a store in Denton, Texas, for no apparent reason.

Posted to TikTok by @yft_kel, the video shows the young man in line at a store as a white man is behind him on the phone. The overlay caption for the video reads: “This is what racism in Denton, TX looks like.”

The young man says he asked the man, “John,” to back up so that they could be socially distanced. He explains that John felt he was too aggressive in his request and elected to call the police for remediation.

The man says, when the police arrive, that he wants the video removed from the young man’s phone, as it is an “environment on my privacy.”

The principal issue with the entire—albeit brief—altercation is the privilege associated with the white man believing it is reasonable to call the police over something as simple as the TikToker’s request for space, in the middle of a pandemic. As @HelloTwenty21 tweeted: “Any time I have called the police (someone injured in the road, suspicious package, witness to assault/battery) I’m scared to death. I hate doing it but have done it when necessary. I can’t imagine feeling comfortable just casually calling the police on something non-urgent.”

The post Video shows man calling police on Black TikToker for no apparent reason appeared first on The Daily Dot.

Don Jr. rants about teachers unions in front of gun wall
Why disinformation spreads so quickly in online communities
Advertisement